Joseph Oughourlian: “2021 will mark a milestone in PRISA, called to transform education and the media” 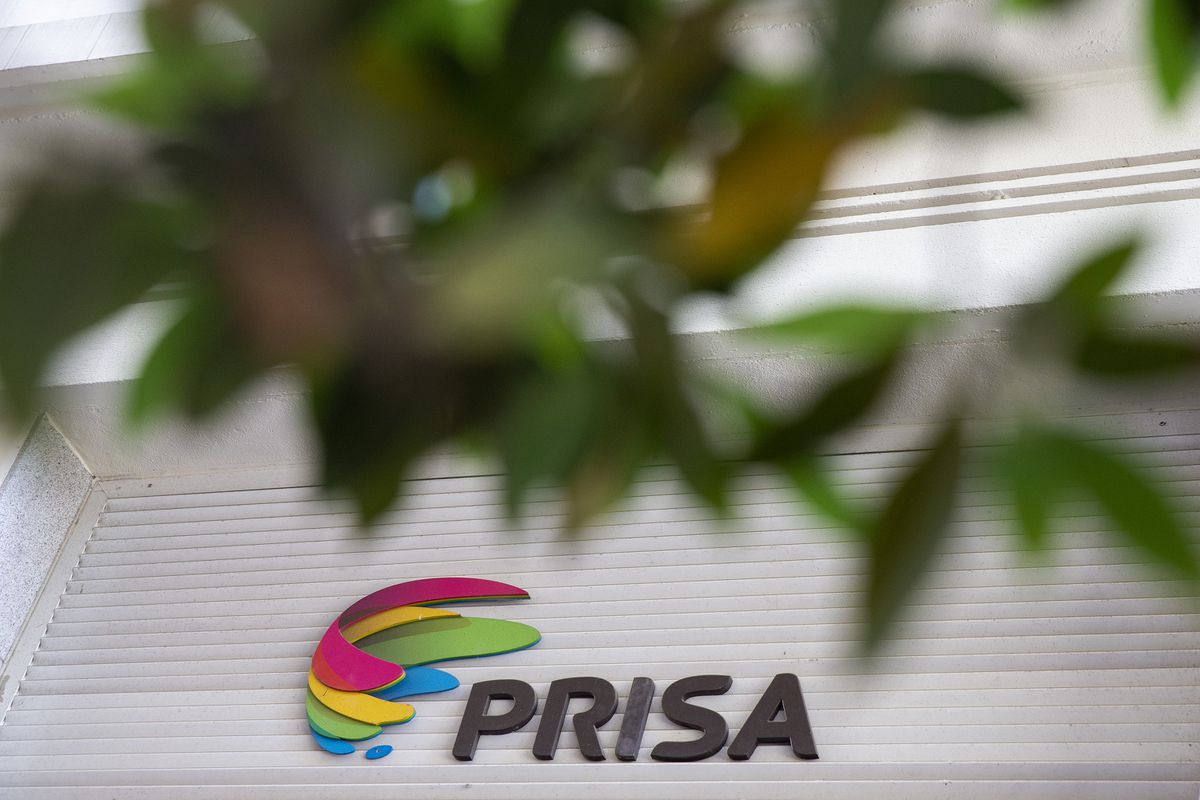 The president of PRISA, Joseph Oughourlian, affirmed this Tuesday, before the General Shareholders’ Meeting, held telematically, that “2021 will mark a milestone in the life of the group” in the line of “recovering the great social and economic successes” that have always have characterized him, and that in the nearest future he is called “to transform the education and media sectors, not only in Spain but also in the Spanish-speaking world.”

For Oughourlian “digitization does not implicitly entail cuts, on the contrary, it brings opportunities and we have to take advantage of them to boost the enormous potential that we have. We are going to look to the future and we are going to focus our efforts on investing, on growing, obviously without neglecting costs ”and“ always looking at the generation of value for the shareholder ”.

The president of PRISA (EL PAÍS publishing group) recalled that “taking into account the current socioeconomic circumstances” the salary as president was reduced by 50%, and the remuneration of the council members was also cut. “The time has come to share efforts and leave behind the fact that cuts always fall on the staff. I would like to emphasize that our commitment is to launch an ambitious growth project in which the care of human capital and talent is a priority ”, said Oughourlian.

The manager reviewed the proposals brought to the Board and outlined the tools that the group has to face the future: “We have undertaken changes in corporate governance; For the first time in years, a highly reputable industrial shareholder such as Vivendi, with a great vision of the business, has entered the capital; we have had changes in the organizational structure with the creation of two business units to maximize the value of the assets; and we have a new management team that is deeply transformative and innovative, independent and with a strong digital vision of business. A new management that reinforces the generational change and the new PRISA project ”.

In addition, he highlighted the changes made in the balance sheet structure “with a refinancing that has allowed us to extend maturities and increase the liquidity of the company.” Likewise, he assured that the “level of indebtedness is still too high. Therefore, one of my priorities is going to be to reduce it as quickly as possible to manageable levels ”.

The president of the editorial group recalled those affected by the covid-19 crisis “in an extremely complex year” and thanked all the company’s professionals for their efforts, although he was hopeful about the new situation due to the progress made in the vaccination process and the impact on the country’s economy. Finally, he highlighted the support of all stakeholders, “subscribers, listeners, teachers, families and students, with whom we share interests and values” and especially the shareholders “for whom we work every day.”

Mirat: “We have laid the foundations for a more hopeful future”

For his part, Manuel Mirat, took stock of the last three years as CEO of the Group. “These last years have been very intense and rewarding because, thanks to everyone’s efforts, we have re-floated and established PRISA, and we have laid the foundations for a more than hopeful future,” he said.

He also recalled the economic results of 2020 “the most complicated year in our history”, but in which PRISA “has had an exceptional response.” The group recorded a net profit of 90 million euros, compared to losses of 182 million in the previous year, although Ebitda fell 66% influenced by the coronavirus crisis, which had a negative effect of 153 million on ebitda (result gross operating) and 223 million in revenue.

Mirat also wanted to highlight the commitment to the transformation of the business. “PRISA’s strategic roadmap,” he explained, “focused on focusing on subscription models, both in the field of education in Latin America and in the media, which already yielded encouraging results last year.”

As a consequence, “the group’s digital revenues accounted for 30% of total revenues in 2020 and continue to grow.” Until now, the CEO of PRISA during the last three years, reviewed the main milestones of the last three years in the Group: two capital increases for a global value of 763 million euros that have strengthened the company’s balance sheet and Two debt restructurings have been closed, which has gone from 1,422 million in December 2017 to 679 million at the end of 2020; and operations such as the sale of the Spanish business of Santillana to the Finnish group Sanoma for 465 million euros, or of Media Capital to a group of Portuguese investors.

The CEO also wanted to recall that in the last triennium several collective agreements were signed and a “beneficial climate of social peace was established in the Group”, and the renewal of teams has been promoted in both the editorial and management areas. Likewise, “the best corporate governance practices have been promoted; And in a year like 2020, when the pandemic shook us all, at PRISA we stayed closer than ever to our stakeholders, with a very high level of social commitment and public service. This has allowed us to continue to be leaders in audiences and social influence ”.

During the question and answer session, a representative of the Timón Group, of the Polanco family, intervened, who asked the new managers to maintain the principles of independence and professionalism that inspired the foundation of PRISA, respecting aspects such as the drafting statute of EL PAÍS, and requested that the presence of Hispanic American representatives on the council be expanded.

Approval of all points

The General Meeting of Shareholders of PRISA has approved all the resolutions proposed by the board of directors. Among the most relevant points of the day, the shareholders have endorsed the new operating structure of the Group in the education and media divisions (Santillana and PRISA Media), and the appointment as executive directors of PRISA of its executive presidents, Manuel Mirat and Carlos Núñez , respectively. Likewise, the Board has approved the election as proprietary director of Carmen Fernández de Alarcón, on behalf of Vivendi, as well as the ratification of Rosauro Varo, Javier Santiso and María José Marín Rey-Stolle as independent directors.

Following these appointments, the board of directors goes from 12 to 14 members. Likewise, in order to adapt to the new legal requirements, the shareholders meeting at the General Meeting have approved modifications in the remuneration policy, in the corporate bylaws and the General Meeting regulations, mainly to enable the necessary measures so that its celebration is exclusively telematically.