José Toledo was crowned champion of the II ProAm 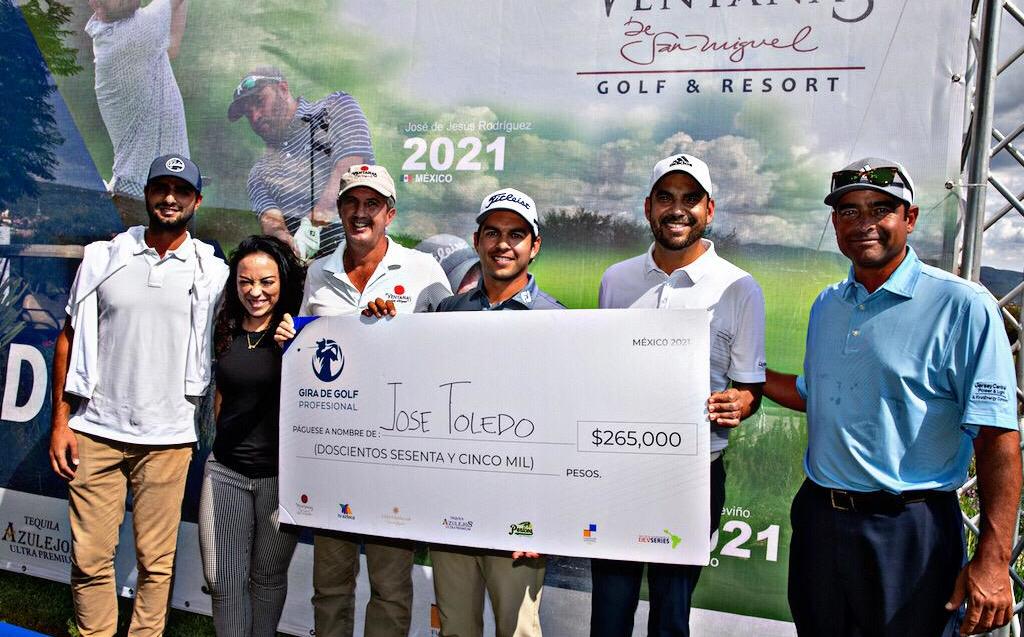 He did it again. For the third time so far this season, the Guatemalan José Toledo won a stage of the Professional Golf Tour, this time to triumph at the II ProAm Ventanas de San Miguel who handed out a bag of one million 600 thousand pesos.

A final round of 65 strokes, for a total of 196, 14 under par, gave the win to Jose Toledo, former member of the Korn Ferry Tour. “I’m super happy, it was a different week, a week where we played with an amateur in another ProAm style, so the key was to have a little patience.”

With a delayed start of about an hour due to fog, the champion’s card included birdies on holes 4, 5, 7, 10 and 15, no bogey. “I am very happy with this great victory, the third so far this year. This motivates me to keep going, ”added Toledo, winner of the Puebla, Monterrey and now San Miguel de Allende stages.

In what was his debut in the Professional Golf Tour, the local Emilio González registered a score of 199 impacts, 11 under par, a performance that earned him to tie the second position of the competition with the Brazilian Alexandre Rocha who holed a hole in one on the 12th hole.

“It was a very positive week, I have nothing to say, José played spectacular today, but I’m happy with the result,” said Emilio González, who thanks to the top 15 obtained last week at the Banco del Pacífico Open of the PGA Tour Latin America will receive an invitation to play at the Ventanas de San Miguel Golf & Resort, a 7,141-yard par 70 course.

In fourth place with a 200 hit marker, ten under par, ended the poblano Jorge Villar, who made his professional debut, while José de Jesús “Camarón” Rodríguez, current member of the Korn Ferry Tour, concluded tied for eighth locker with 203, seven less.