José Juan, the unexpected hero of the humble Alcoyano who eliminated Real Madrid: ‘If he asks me for a flat on the beach, I’ll buy it’ 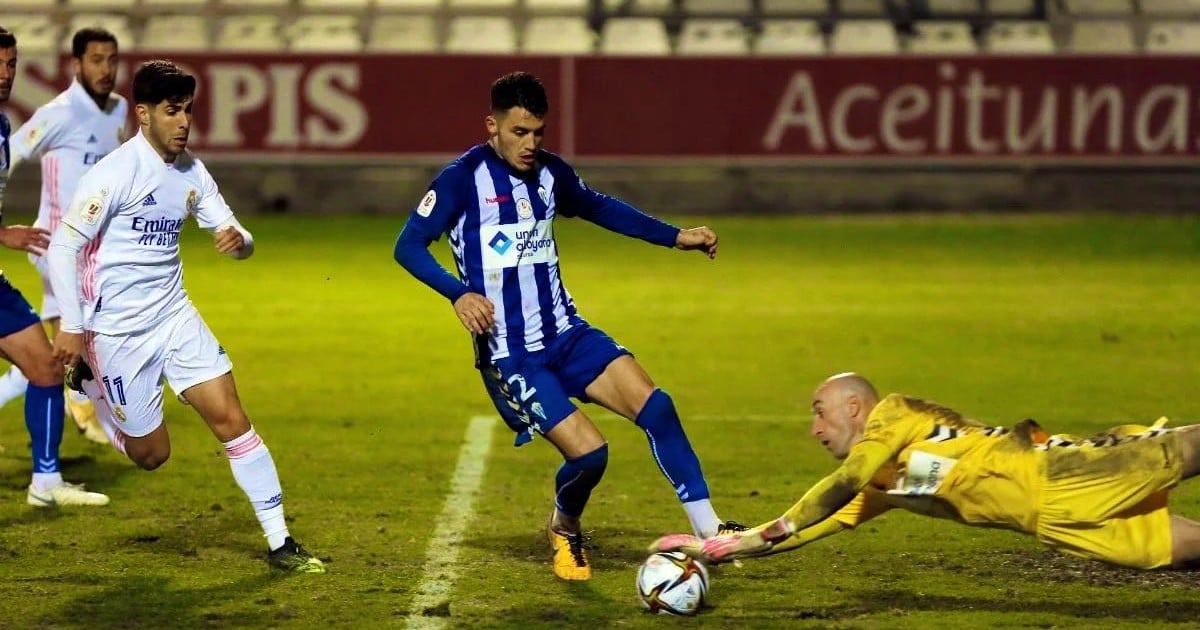 Another result of the Copa del Rey left the powerful Real Madrid ridiculous, but the reasons will have to be sought -among others- in the enormous task of Jose Juan Figueiras, the goalkeeper who will go down in history not only for being the oldest player (41 years and 20 days) to defeat Madrid in the entire history of this competition, but also for being the star of the night with his incredible saves in the memorable 2 to 1 victory against those led by Zinedine Zidane.

He Alcoyano Sports Club is a Spanish soccer team based in Alcoy, in the autonomous community of Valencia. It was founded in 1928 and plays in the Second Division B, the third category of soccer in Spain. In its El Collao stadium there is room for only 4,850 people.

Despite his long career, the name of José Juan hit hard on Wednesday, January 21, an unforgettable day for the humble Valencian club. The goalkeeper made his debut in the 2003/04 season at Celta de Vigo, but He only played 37 minutes in the First Division. From that start, his career was built in different clubs: Ourense, Murcia City, Granada 74, Águilas CF, Granada, Lugo and Elche.

José Juan Figueras still remembers those 37 minutes in First Division: the starting goalkeeper Jose Pinto was injured and the Argentine Pablo Cavallero he had been sent off, and that is why he had to take the field with the Celta jersey. He never stopped again in that category. Seventeen years later, with 10 impressive saves against Real Madrid, he became a hero.

His best football moments had been in 2009/10 with the rise of the Pomegranate a Second Division after beating Alcorcón, and in the 2017/2018 season, they achieved the same goal with the Elche.

From below, from above, to the corners, his performance was spectacular. The only ball he could not contain was that of the goal, a few minutes before the break.

By the way, @jjdiabol He is the oldest player (41 years and 21 days) to defeat Real Madrid in ALL the history of the Copa del Rey. The record was held by Salvador Artigas (38 years and 79 days) since May 13, 1951 (he did it with Real Sociedad, scoring the winning goal). https://t.co/wI8tC09w1Q

“It all worked out for me. It was the game I dreamed of. I may have played equally good or better games in my career, but in terms of impact, this one is incredible. Before Madrid, I had 1,000 followers on Instagram. This morning I woke up. and he had almost 20,000, “said José Juan happily in a note with the AS newspaper.

When asked if he expected such a match at 41, he commented: “The truth is that no, but it is true that this sport always winks and gives you these things. I knew we would have our options, although it was going to be complicated. But Alcoyano have their weapons and the miracle happened, after the stars lined up. After getting the victory, I thought: “The one we have bundled.”

Not only is he loved by football fans, but even the president of the club came out to speak gratefully. “Right now, if he asks me for a flat on the beach, I’ll buy it for him.” He also became an icon on social networks, which were filled with memes and congratulations. The goalkeeper was active answering messages among others with the streamers Ibai and Dj Mariio.

The EU and Russia look into the abyss

Vaccines. “Let’s not add injustice to the shortage! “