José Alberto, Javi Jiménez, Paulino … and a lot of quarry 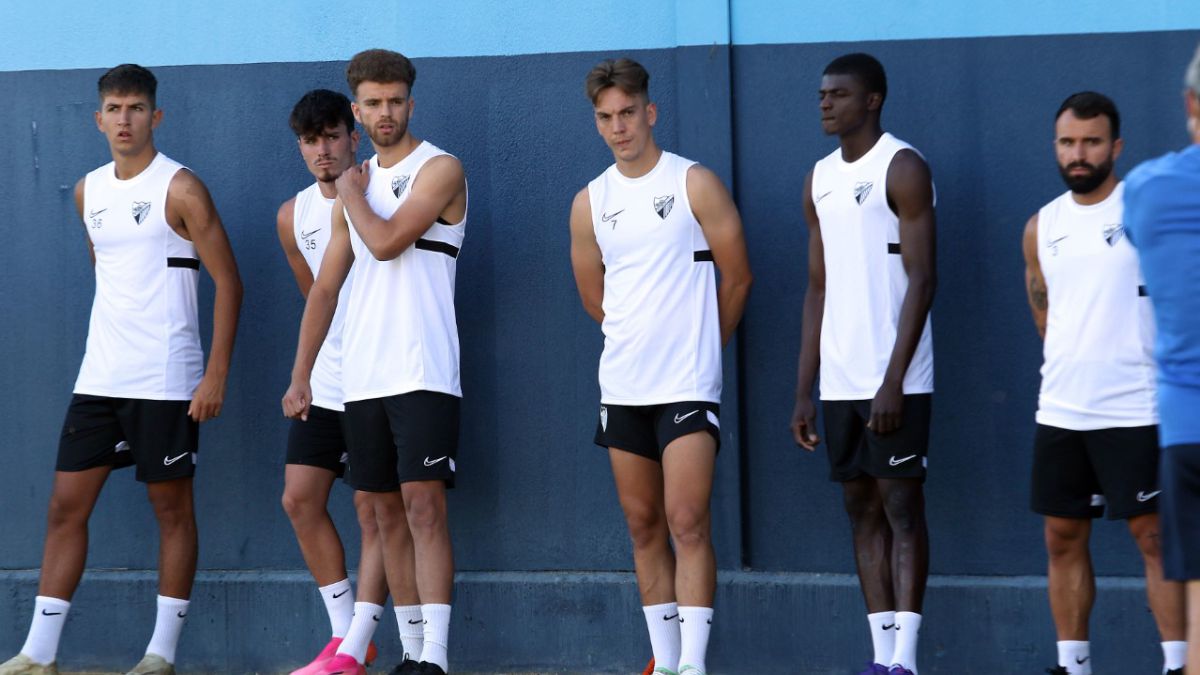 Málaga’s first training session 2021-22 with the news of José Alberto as coach, Javi Jiménez and Paulino de la Fuente. Absence of Alexander González, who is on leave after having played the Copa América with Venezuela, but with the rest of the total of 13 professionals: Dani Barrio, Iván Calero, Lombán, Juande, Javi Jiménez, Paulino, Luis Muñoz, Escassi, Jozabed , Jairo, Chavarría and Benkhemassa. And of course quarry. A lot of quarry. In addition to Ismael and Ramón, Gonzalo, De la Osa (goalkeepers), Murillo, Mati, Mousa, Andrés, Ale Benítez, Cristo, Alberto Quintana, Larrubia, Haitam, Kevin, Julio, Loren Zúñiga and Roberto. 17 in total. The players who are recovering from long injuries (Chavarría and Iván Calero) worked outside the group.

Just before the session, the judicial administrator, José María Muñoz, and the sports director, Manolo Gaspar, welcomed the group. In their conversation, they conveyed the good wishes of the Club and reminded the players and coaching staff of the necessary precaution due to the COVID-19 pandemic. Subsequently, the coach, José Alberto López, also addressed those present in a brief intervention.

Jose Alberto: “We want to start”

After finishing the training, José Alberto attended the official media of the club (MCFTV). For your interest we reproduce these statements.

An intense first day. “I have found a very excited group, eager to please, the logical thing. The session had a lot of intensity, a great level of effort and commitment and that is what we have been looking for from day one ”.

Getting acclimated to your new home “A very comfortable place to live, I have found these days too hot for what I am used to. It is also a matter of days to acclimatize, they have already told me that it is because of the winds that are around here (terral). The field is in a phenomenal state to work on during the preseason.

With a view on August 16 “We really want to play with the public, to experience the atmosphere of La Rosaleda. We are already focusing on that game. That has to be our goal, the next meeting. Now it takes a little longer because it takes five and a half weeks of work for that first match, but with a lot of desire to start playing preseason games, get to know the team better and get in the mood for the debut in LaLiga SmartBank ”.

On the other hand, Kellyan García has terminated his contract with Málaga. The Alicante goalkeeper was on loan last season at Ibiza, with whom he achieved promotion to the Second Division.