Jorge Macri: ‘Going to the PASO in the Province opens the risk of division and is functional to Kirchnerism’ 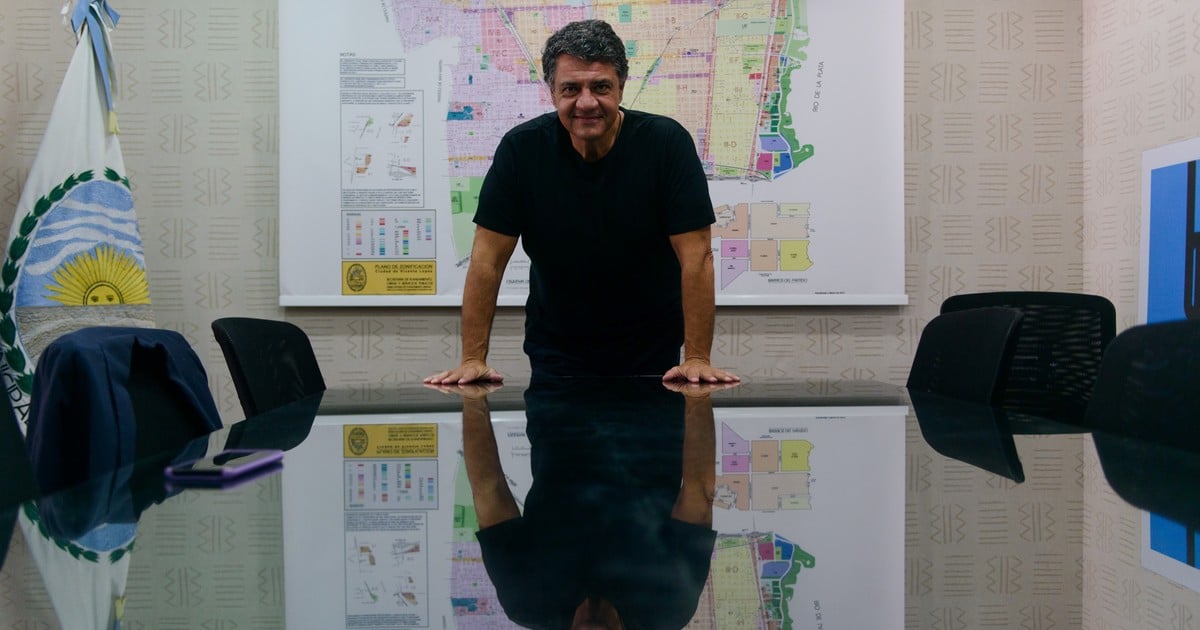 The day after lowering his candidacy, Jorge Macri insists on asking that other leaders of Together for Change make decisions in the same direction to form a only list of national deputies in the province of Buenos Aires. Without saying so, he points to Diego Santilli, one of the competitors in his aspiration to succeed Axel Kicillof. “The division of Together for Change is functional to Kirchnerism”, warns the mayor of Vicente López in an interview with Clarion, in which he leaves messages for María Eugenia Vidal and the communal leaders of the PRO that endorse the postulation of the deputy head of the Buenos Aires government.

-Why did you decide not to head a list?

-Because I don’t want to divide space. The division of Together for Change is functional to Kirchnerism and the PASO opens a door of great risk of division, which can later be reflected in the Deliberative Councils and in the houses of deputies and senators of the Province. Opposite is Kirchnerism trying in the Province the same plan as in the Nation: go through the institutions, appoint the judges they want, take over all power. Not only did I drop my candidacy but I continue to ask current candidates to find a unit list.

-Some argue that a “civilized” primary may be attractive in the province. Would not you agree?

-If it were an election for the Executive, the one who wins is the one who governs, whether for governor, president, mayor, it is interesting. People can choose between two models with some difference. Here we are only going one STEP to see if Manes is first or third and if Santilli is first or third. Within 60 days one will be one and the other will be three. Isn’t it better to resolve this now and avoid a confrontation across the Province? This dispute impacts 135 municipalities. I am very concerned about the unity of the Senate bloc. It is where the specifications of the judges are defined, the Procuratorate, the Supreme Court has three vacant seats. They have to be very aware that we are putting at risk relevant institutions of democracy and freedom in the Province.

-Santilli is in fact launched as a candidate, will you support your list?

-I am president of the PRO, but from now until Saturday 24, when the lists close, I will continue to insist with a single list. The best choice that our political space in the Province made was with everyone united behind the candidacy of Esteban Bullrich. In 2015 there was a national STEP, but we all agreed to have a single candidate for governor. That same year Kirchnerism was divided and we won. They learned, it seems that we did not.

-Would you support a single list headed by Santilli?

-It would support any unit list. Unity, the single list, that does not divide us, is an absolute priority. With whatever name is. Obviously I would support her.

-He said that unity in Together for Change is not guaranteed, is there a risk of rupture?

-The unity of different views and political parties should never be taken for granted. Like any relationship, as a couple or a commercial partnership, it takes the will of the parties every day to sustain the union. In the Province we are not a government, but there are 58 mayors of Together for Change. And we must take care of what we have. People tell us “don’t fight, be united.” If we get to a competition in the PASO it is clear where I am going to be, where my game is. But the only way to return to being a serious alternative in Province and Nation is that our space is not divided into Province.

-He said that the idea of ​​crossing district candidates was a whim of Rodríguez Larreta. How do you take that you have imposed your strategy?

-There are many of our political space who believe that it was the best option, out there the confused one was me … Time will tell. I still think the same thing, but I am not the owner of the truth. In a political space, you have to have conviction to defend ideas, but also the ability to accept other positions. I do not feel that one wins and another loses.

-Do you still think it was a mistake that Vidal was not a candidate in the Province?

-She makes a decision, they are very personal decisions. Now what I think matters less than what the people of Buenos Aires think, who are going to have to vote.

-The support of the suburban mayors of the so-called Dorrego group for Santilli was decisive. Is that space maintained?

-The Dorrego group has 18 mayors. The first mistake is to think that a mayor of a large city is more important than that of a small city. I believe that the dream and the proposal of a project of and for the Province is still valid. I defend him and I will work for that. I did not change my position. I am not the one who has to explain what each one decided, nor judge it. In life there are always difficult situations in which conviction versus expediency enter into tension. And there is another tension that has to do with the urgent and the important. Everyone knows how to deal with these tensions. This province needs people who know it deeply to find solutions that are hard to see.

-Does the definition of the candidacies confirm that Mauricio Macri is no longer the leader of the PRO?

-There are many leaderships, luckily. This shows that we have ceased to be a one-person political space to become a plural political space. That enriches, enlarges, consolidates. It reminds me when I was the only mayor of the PRO in the Province, now we are more. Did that make me disappear? No. There is something that must be recognized in Mauricio, which is his generosity to generate many new figures. It is unusual for leaders to do that.

-He confirmed that he is not going to top a list. Is there a chance that I will be a candidate anywhere other than first on any of the lists or in the case of a unit list?

-It would only be a candidate if it is useful for a unit list. Not on one of the two lists.

-When the candidacy went down, he said that others also have to make a gesture, who? Santilli?

-It is not specifically for anyone and it is for everyone. The glove is for the one who wanted to pick it up. If the issue is who goes first, we are discussing little, for how much we put at risk. I already made my gesture. All the polls said that I was in a position to present myself competitively, but I prioritized the value of the unit. Afterwards, each one will decide how important it is to be first, how dramatic it is to be third, and based on that they will explain their project if an agreement is not reached.

-What do you think of the candidacy of Facundo Manes?

-Beyond the candidacy, because otherwise it would not be coherent, your commitment and your decision to enter active politics, party politics, is relevant. The emergence of figures that refresh and add looks has always been a philosophy in our political space. How could it not seem good to me that Facundo with all his history does the same from the UCR? I celebrate and appreciate it, it expands and enlarges our space.

-To what extent is this electoral turn, both with the definitions at this stage and with the results, going to affect the scenario for 2023?

-It is very important the election for the people, for freedom, for the need to get back on track in a country that is full of fear and anguish. It does not affect the candidacies for 2023. In general, it has not happened that an intermediate election is defining for the following executive elections. In 2013 Massa seemed like he was the representative of everything new and then it was Mauricio, who had not shown up that year. What is at stake is the whole and what we represent, not a name. That is why it is so important that we do not divide.