Jorge M. Reverte reveals the Moroccan history of Annual in his posthumous book 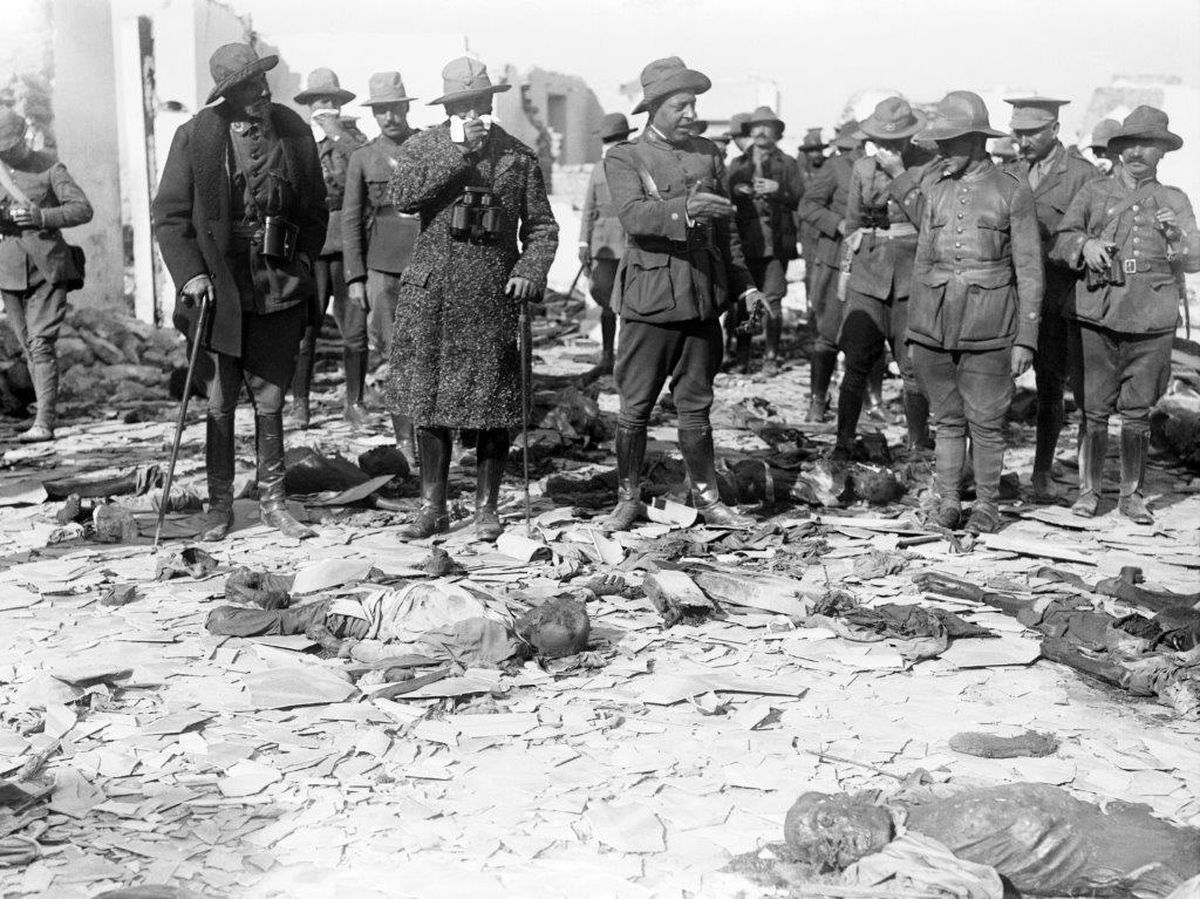 The vultures had replaced their usual gliding, in which they seem to float, by rapid flights towards the ground, in pursuit of the unexpected food provided by the corpses of the thousands of Spanish soldiers who fell in the arid area where what would remain to be had happened. history as the Annual disaster. With that image, from July 22, 1921, of lifeless bodies rotting in the sun, begins The flight of the vultures (Galaxia Gutenberg), posthumous book by the writer Jorge Martínez Reverte, also a historian and journalist, who died in Madrid on March 24 of this year, at the age of 72. The work is published on Wednesday, April 28.

Mercedes Fonseca, Reverte’s widow, says in a telephone conversation that “Jorge always wanted to write about Annual”. Already ill, “he finished the book on September, but was so keen that he had written too many pages. “I would say, ‘Where are you going with that, boyfriend?’ We called ourselves that ”, adds Fonseca. Her editor at Galaxia Gutenberg and friend, María Cifuentes, is pleased that Reverte, columnist for EL PAÍS, “was able to see the book layout,” which she frames in narrative non-fiction. “Jorge was above all a military historian who recounted the great battles of the Civil War. And now he has left us an important legacy, because the realization of this work has been very complicated ”.

That is well known to the person who, along with Cifuentes, had the task of deleting pages and making corrections, Sonia Ramos, who appears as co-author of the book with M’hamed Chafih. This has contributed the Moroccan vision of the conflict, “the most novel of the book”, she points out. Chafih, born in Al Hoceima, had known Reverte “for about 30 years.” “And since almost all the bibliography on Annual showed the Spanish vision, Jorge wanted to know the other part,” he says. “I dedicated myself to compiling indigenous documentation and testimonies.” Ramos was tasked with unifying the names of Moroccan people and places, as well as tracing the many micro-stories of real people, those that are not usually in history books.

It was these who 100 years ago suffered the mistakes and counter-orders of the military leaders, emboldened by an imperialist spirit that clung to the last colonial stronghold of Spain. What happened was a defeat by chapters: the Abarrán and Igueriben positions precede the Annual disaster and this is followed by Nador, Monte Arruit … fallen in weeks like a row of dominoes, amidst a chaos to which mass desertions contributed of the indigenous police, used as shock forces. Reverte makes a detailed, chronological account of those events, in which he points out in particular the responsibility of Manuel Fernández Silvestre, “a general as brave as he is self-sufficient”, commanding the Army in the eastern part of the Protectorate, as it was called to the part that corresponded to Spain in its distribution of North Africa with France in 1912.

For his research, Reverte consulted archives, press of the time, doctoral theses and even poems, some translated from Arabic for the first time for this book by Chafid, which the Riffians dedicated to their victories. The book estimates that between 8,000 and 13,000 Spanish soldiers died, as the terrified troops abandoned, sometimes in disarray, forts and positions. “It is impossible to know how many died on the Riff side,” says Chafid. “What is certain is that the war was lost by the weak, as always, the Manuel who left his town in Extremadura recruited or the Mohamed who left the era to fight an aggression that he did not understand well.”

A pacifist message echoes through the pages of the book, which includes a chronology and a glossary with many terms of Arabic origin. Reverte and his two collaborators shaped a story with the tension of a great journalistic chronicle. And at its core they point out two theses: that this war “was started by Spain when it bombed Axdir in April 1921”, the capital of the rebels. Because after months of tension and skirmishes, they wanted to solve the issue bravely, with a massacre in that town on market day. There sprouts a hatred of the Spaniards who “ended up paying just for sinners,” says Reverte, when the Kabyles, in their successive triumphs, exhibited “infinite cruelty to avenge their dead.” This connects with the second thesis: that Abd el-Krim, the leader of the Riff, “did not control this situation”, with torture to death and atrocities such as cutting off the enemy’s genitals to put them in his mouth. In addition, the surrender conditions were breached on several occasions: the Spanish soldiers, already disarmed, were annihilated.

One of the attractions of the book is the part about Abd el-Krim (1882-1963) and his family. “An incredible strategist, the most efficient anti-colonialist fighter of the beginning of the century, a reference for many guerrillas”, describes the author. He knew his adversaries because he had been a high official in the pay of the Spaniards. From an influential family, Abd el-Krim, a tightrope walker, ended up disappointed with the Spaniards because the promised improvements for his people did not come. “World War I precipitates everything,” writes Reverte. His family has dealings with the Germans and that cannot be tolerated by France, which is pressuring Spain to break up with him.

Abd el-Krim will be the one who, three years later, will gather thousands of Riffians to go, square by square, defeating the Spaniards, whom he surrounds and leaves without water – the soldiers come to drink their urine mixed with sugar – or food to, weakened, be an easy target.

After the disaster, Spain gradually reconquered the territory, thanks to the 30,000 men who landed in Melilla. “Retaliation”, as then-Lieutenant Colonel Millán Astray called it, “turns into outrage,” continues the author. “It is when there are bombardments with poisonous chemicals”, emphasizes Chafid, “an issue that still hurts today in the Rif”. In Madrid, when the Annual massacre was known, the Government fell in March 1922. The front stabilized and the report of General Juan Picasso, in charge of investigating what happened, calls for the prosecution of 39 soldiers. The parliamentary debates are bitter, the high command of the Army is divided, since one part does not want the civil power to judge them. Among them, General Miguel Primo de Rivera, who with his coup, on September 13, 1923, put an end to parliamentarism and the process opened by Picasso. “It was a direct consequence of Annual,” says Reverte. King Alfonso XIII, affected by the tragedy, relies on Primo de Rivera and gives the defendants amnesty.

In the end, Abd el-Krim’s recklessness to attack the French Protectorate led to the Spanish-French landing at Al Hoceima (1925). The warrior surrenders months later to the French and General Sanjurjo declares the end of the war in Morocco on July 10, 1927. A war episode ends, but one of its consequences will open another war in less than 10 years. As Reverte points out, in Morocco “the Africanist military were formed, many of whom were the protagonists of the uprising of 1936, and already in the Civil War they used methods and approaches applied in the Rif.”

Xavi Calm renews for a season