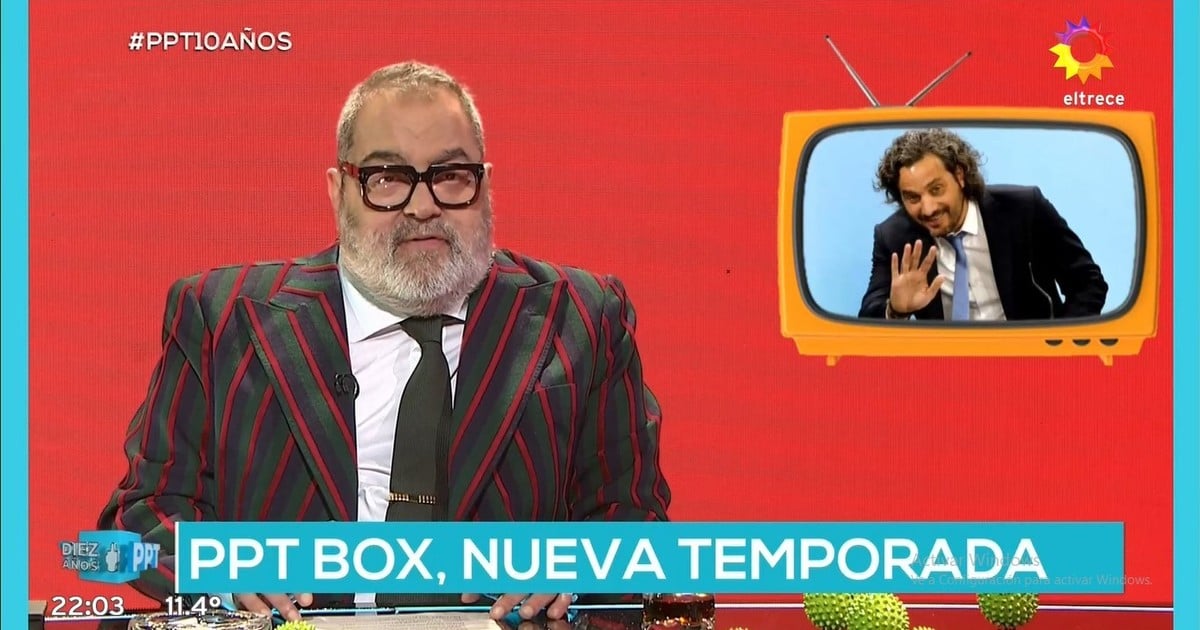 On the return of Periodismo Para Todos – which this year celebrates ten years of its first edition – the journalist Jorge Lanata He denounced more overpricing in the Ministry of Social Development in the purchase of food and irregularities in the delivery of PAMI subsidies to retirement centers that would be local supporters of La Cámpora.

Lanata took advantage of her monologue to warn about the striking irregularities in the ministry led by Daniel Arroyo In fact and the area of ​​the elderly managed by Luana Volnovich.

The Social Development area had already been involved in overpricing when the pandemic started and although there were resignations, layoffs and promises of greater controls, the mismanagement would continue, Lanata warned.

In the report, Lanata denounced that Arroyo bought potatoes from a cooperative linked to Juan Grabois with values ​​5 times more expensive than those obtained in the Central Market. Through direct contracting paid 18,300,000 pesos to the cooperative Unión de Productores Familiares belongs to the MTE Rural managed by Juan Grabois.

It was for the acquisition of 30.00 bags of 5 kilos of potatoes. The organization quoted them at 610 pesos, about 122 per kilo. According to official documents, the product should be “brushed potato in its natural state” which is known in greengrocers as black potato.

.The value offered by the cooperative is five times higher than the potatoes sold by the Central Market at a wholesale price. According the official website of the Market costs 20 pesos per kilo of potato. And in the same Market they put as a suggested price for greengrocers, shops and supermarkets a value per kilo of 48 pesos that is even lower than that offered by the cooperative linked to Grabois. “It’s a choreo,” a Central Market stall holder told PPT.

If he had paid at Central prices, the amount allocated to Social Development would have been 3,000,000 pesos, about 15,000,000 less, said Manu Jove, one of the Lanata chroniclers who made the report..

The acquisition, according to official documents, was made through direct contracting, which avoids comparing prices with other bidders as if it were a tender.

The cooperative is the same one that was involved in the seizure of the field by the former Minister of Agriculture during the macrismo, Luis Miguel Etchevehere. Always as reported by PPT, the former minister’s sister, Dolores, gave the land that generated the taking of the family farm in Entre Ríos to the cooperative that sold potatoes with alleged surcharges to Social Development.

The Ministry told the program that in reality the bags were seven kilos with which the value would be reduced to 87 pesos per kilo of potato. Even with this supposed drop in price, the value is much higher than that obtained in the Central Market and in most greengrocers and supermarkets.

About PAMI denounced that the body that Volnovich leads gave 100,000 pesos to nine retirement centers (a total of 900,000 pesos) with the excuse of extra help due to the coronavirus pandemic.

The agreement was signed on February 1, according to official documents shown by Cecilia Boufflet, a PPT journalist. But the retirement centers are no longer such but some would even function as Basic Units of La Cámpora, according to PPT.

As they showed, the Center for retirees and pensioners “I come to propose a dream to you” on 4277 Sanabria Street is closed. Today there is a private address. Another case is that of the “Eduardo Galeano” retirement center on 2743 Benjamin Victoria street where there is now a La Cámpora store. The same occurs in another center for pensioners located on Boedo street 1868 called “Milagros al Sur” where a local of the group that Maximo Kirchner leads operates.