Jordi Alba: “It’s a fucked up situation, but we’re strong” 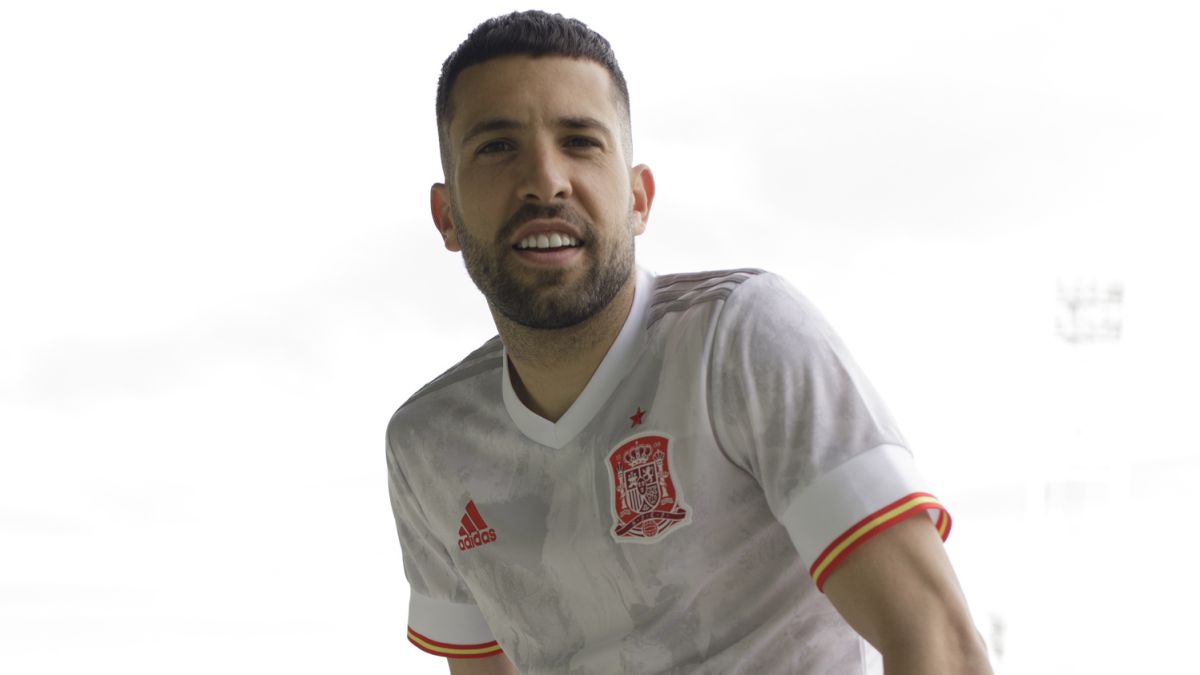 Jordi Alba (Hospitalet, March 21, 1989) has inherited the National Team captain’s armband after Sergio Busquets tested positive for coronavirus. On the afternoon of this Wednesday he has exclusively attended AS via videoconference.

-How is the virus attack experienced within the concentration of Spain?

-When the results of the analysis arrive, we look at each other and it shows that there is uncertainty, but we have to overcome it. But we have been with this exceptional situation all season and in a way we are more or less, I don’t want to say used to it, but at least prepared for all situations.

-What face do you have when they tell you a positive and send you home, as has happened to Busquets and Diego Llorente?

-Well, imagine … It is a very unpleasant situation, fucked up, but we are going to overcome it. I hope both of them, both Busi and Llorente, can return. Of course I am not the one who has to make that decision. That is Luis Enrique’s thing. But my greatest joy would be to return the bracelet to Busi, because I want him to recover and come back. Not only is he the best in the world at his position, but he’s a great teammate and a great person. A leader that the entire National Team loves and respects. It is very hard to be here with all the illusion of going to play a Eurocup, to be told that you are positive and to be sent home.

“It is very hard to be here with all the illusion of going to play a Eurocup, that they tell you that you are positive and that they send you home.”

-What a gift to debut as a captain with the one that is falling, with the coronavirus taking colleagues out of the concentration …

-It is what I have had to live, both myself and the rest of my colleagues. It would have been much better if the circumstances had been different, but I can’t choose. At least it is not something new. It is very unpleasant, but we have been living with the virus for a long time. We have all had a close case, from a friend, a colleague or a family member. We know what the subject is about. But despite everything, I insist that we are strong. We must give normality to a situation that I have had to live in our teams all season.

-How is the group’s morale?

-We are fine, within what there is. But we have to give it normalcy, train and prepare as best as possible within the possibilities we have. We have no choice but to continue working and maintain the positive line.

“When the results of the analyzes arrive, we look at each other and you can see that there is uncertainty, but you have to overcome it.”

-Are you in favor of being vaccinated?

-You already know that the effectiveness of the vaccine is not total until thirty days after being inoculated. That would be more or less for the dates in which the semifinals are scheduled, will we go that far?

-Man, I hope so. We went out to win every game and thus the Eurocup, but we’ll see. We are optimistic, despite everything that is happening.

“My greatest joy would be to be able to return the bracelet to Busquets, because it would mean that he has overcome the disease.”

– In September it will be ten years since you first joined the National Team. I remember that he made his debut against Scotland, in Alicante at the beginning of October, in extremely hot and humid conditions … How time passes, right?

– It was very hot that day, it’s true. A decade has passed me at a time. Everything has gone very fast. But I keep intact the illusion of playing with the National Team.

-There was controversy after the arrival of Luis Enrique because he did not call him. He has gone from forgotten to captain. What has changed?

– The work has been good, and for that reason I have returned. I have maintained confidence in my game and my abilities. In the end, as I am very stubborn, I have had a reward: if there is no news I will play another Eurocup and that makes me very happy. I wanted to return to the National Team and I decided that it would not stay for me. I am grateful to Luis Enrique for having recognized that effort and for giving me his confidence. I’m going to try to pay him off by giving everything in the Eurocup, with the National Team.

-Now there are forty players called up, and there are only two champions in such a large group: Albiol, who is in the second bubble and who could enter the final list if Diego Llorente does not recover, and Jordi Alba. How do you see the rest of the boys, very young, who are now with Spain?

-They are young, but they are hungry. They want to win. We have a good team, with young people who come from playing great competitions in big clubs, and with a coach who knows what he wants and who makes the team see it. Honestly, I really like what I see. I am optimistic, and if we do things well I think we will be in the fight for the tournament. But you have to be careful because we also went to Brazil 2014 and France 2016 in the group of favorites and things did not go well.