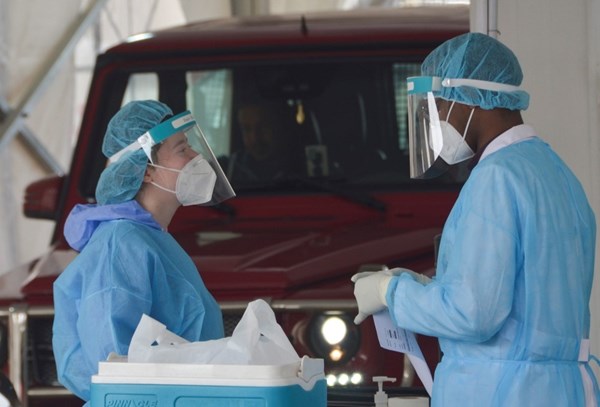 The Jordanian Ministry of Health said that the Kingdom recorded 109 new deaths from the Coronavirus on Monday, the highest daily death toll since the start of the pandemic about a year ago.
The Ministry also announced the registration of 9,269 new confirmed cases of the virus during the past twenty-four hours, bringing the total number of cases to 544,724.
The government is facing a crisis, with some hospitals reaching their maximum capacity, especially in the capital, where more than four million people live.
The increase in infections over the past two months in the kingdom was blamed on the rapid spread of a strain that was first detected in Britain, and that increase made the infection numbers in Jordan higher than that of most of its neighbors, after months of success in containing the outbreak.
This forced the government to re-impose a general closure on Fridays, extend the night curfew hours and postpone the opening of schools with strict restrictions on public gatherings, tightening fines for not wearing masks and ignoring social distancing.

Brussels tightens conditions for exporting vaccines outside the EU

Biden’s special assistant: “We don’t have a ready border. Trump dismantled our capacity “