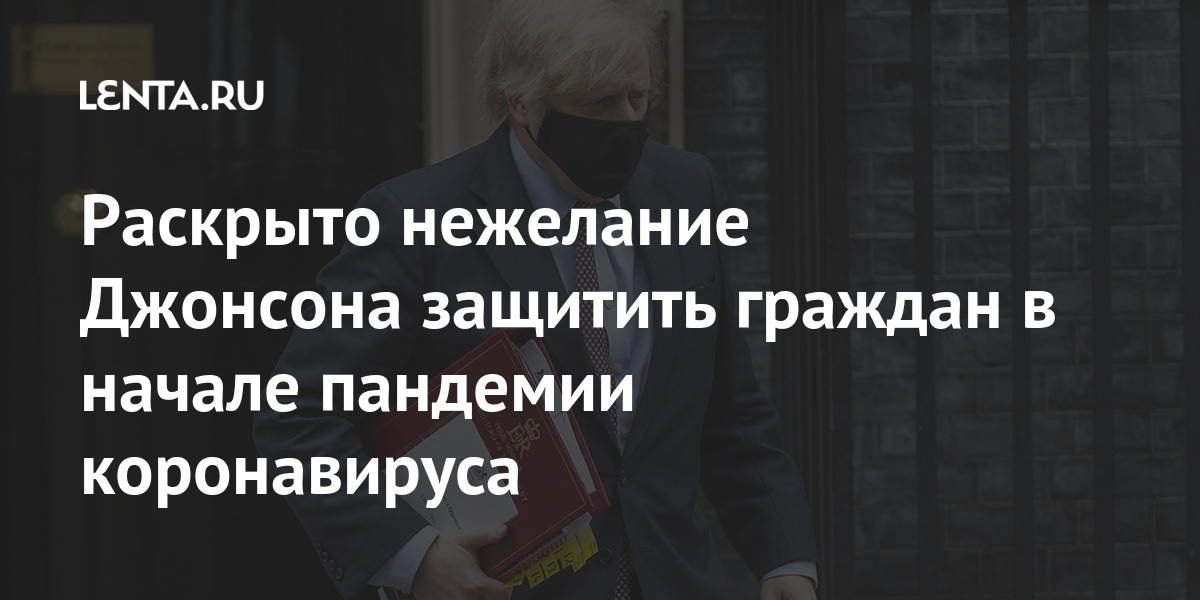 British Prime Minister Boris Johnson treated the coronavirus like a cold, which was the reason for his reluctance to introduce tough epidemiological measures. This data is disclosed in the material BBC News.

Even when the coronavirus infection began to spread throughout the country last March, Johnson believed the authorities should ignore COVID-19, according to sources for the publication. He allegedly believed that introducing quarantine was an overly emotional reaction.

When the prime minister was asked to stop shaking hands, in particular, with infected people, he refused. “I already shook hands with everyone,” Johnson is quoted as saying. An unnamed minister close to the prime minister also criticized his decision to ease restrictions in the summer to save the economy. According to the source, this led to a large spike in the incidence.

Johnson first announced the introduction of a general quarantine in the country on March 23 last year. Before that, various researchers have repeatedly stated that Britain is pursuing the wrong policy to combat the coronavirus. They called the government’s earlier measures not tough enough.

Video of the detention of the governor of the Penza region