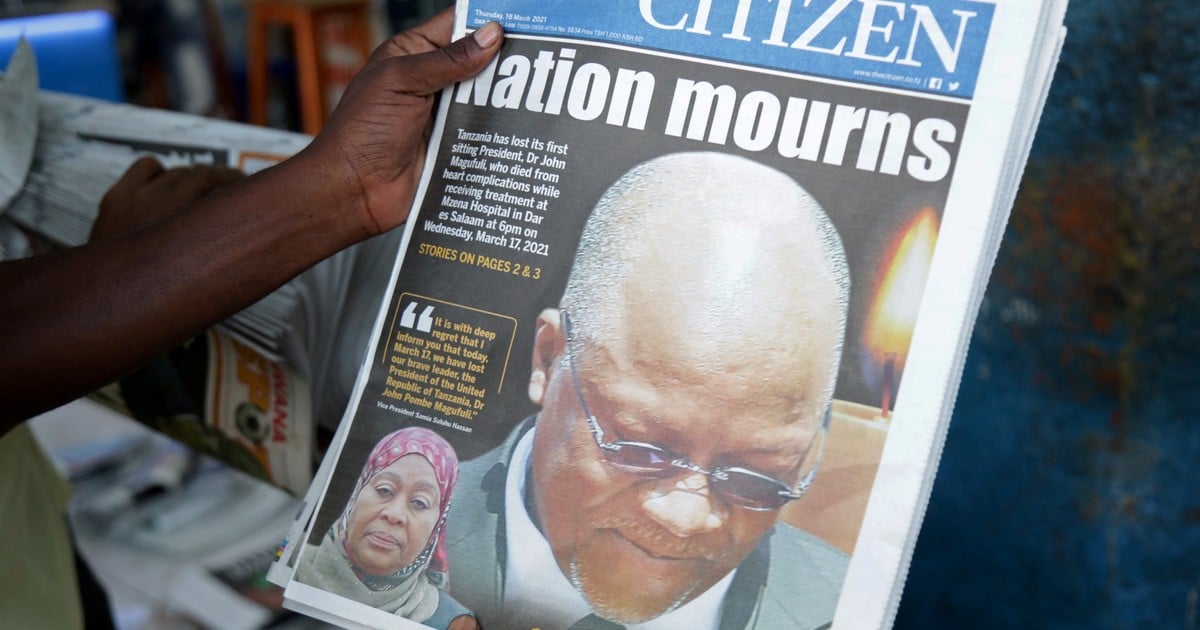 The President of Tanzania, John Magufuli, He died at the age of 61 because of “heart problems”, the vice president of the African country, Samia Suluhu Hassan, confirmed this Wednesday night in a televised message to the nation.

Magufuli wore two weeks without showing up in public and rumors about his health problems were a constant in the African country. Last week, several opposition politicians speculated that Magufuli, who had denied the existence of the coronavirus in Tanzania and refused to distribute the vaccines among its population, was sick with covid.

“It is with deep sorrow that I inform you that today… we have lost our brave leader, the President of the Republic of Tanzania,” read Vice President Samia Suluhu, who will assume power for now, thus becoming the first woman President of Tanzania.

Magufuli, aka the bulldozer, had taken an authoritarian drift in recent years and had become one of the world’s biggest deniers of the pandemic.

Although he admitted that the virus existed in other countries, in May last year he ordered Tanzania to stop counting the positives and deaths caused by the covid – the figure was frozen at 509 infections and 21 deaths– and shortly after he organized several days of national prayers and ensured that the nation it was virus free.

Magufuli, aka the bulldozer, had taken an authoritarian drift in recent years. Photo: AFP

The authorities they chased those who contradicted the official version, and doctors or health workers were forced to report as “Severe pneumonia” the probable cases of covid.

In addition to discard measurements such as confinement or the use of masks, from the government it was encouraged to drink a traditional concoction based on ginger, lemons and onions as a defense against the virus.

The World Health Organization criticized Tanzania’s position and recently implored that the country take containment measures and re-share data on infections and deaths from covid.

Following the news of the death of its president, the country has decreed 14 days of national mourning.

Atlanta Assassination: Spotlight on Growing Anti-Asian Racism in the US

Editorial All young people should be offered free contraception, no matter where they live in the municipality