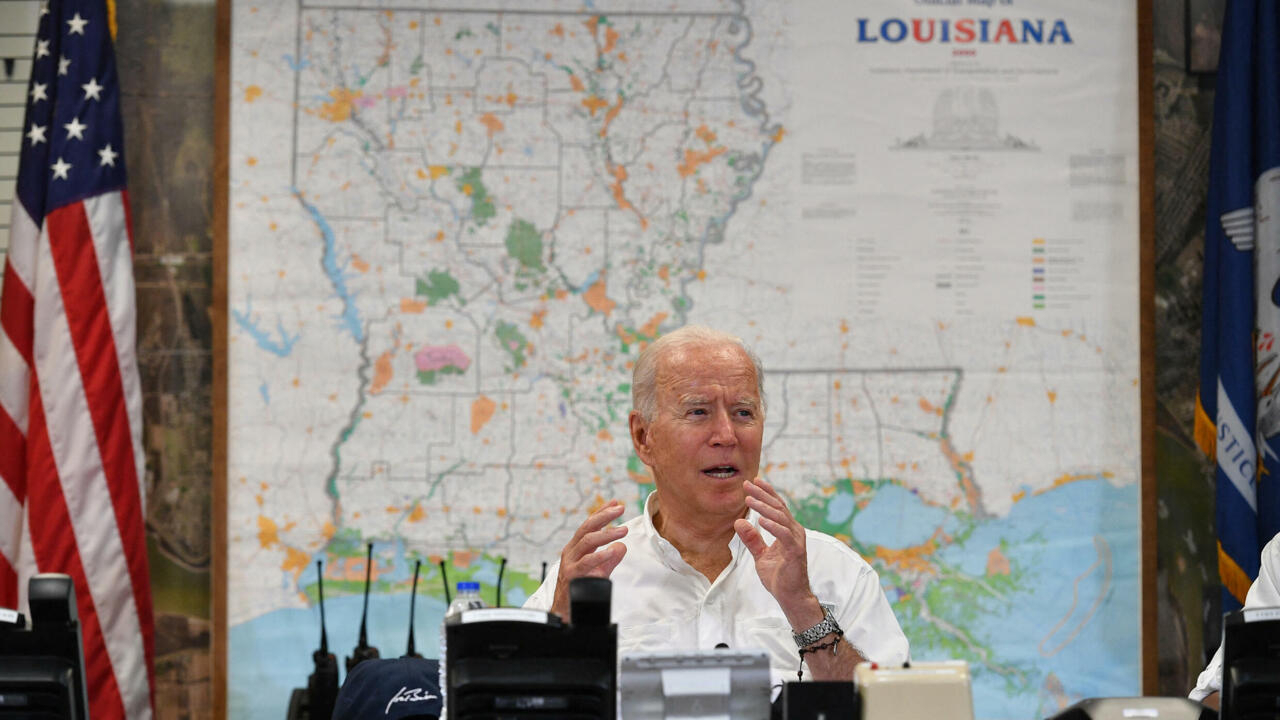 After a tour of different parts of the southern state to assess the damage caused by Hurricane Ida, President Joe Biden promised federal aid to Louisiana, devastated by the natural phenomenon.

US President Joe Biden met with Louisiana Governor John Bel Edwards, as well as officials from several cities, to assess the damage caused by Hurricane Ida that struck this area on Sunday before crossing several states in the northeast of the country.

There, the storm arrived in Category 4 form and with the force of the fifth largest hurricane on record in national history.

The disaster left at least nine dead and more than a million people without electricity and 600,000 homes without clean water. However, the death toll in Louisiana from the storm rose to 10 this Friday after a 59-year-old man died of carbon monoxide poisoning from a generator that authorities said was running inside his home.

“This storm has been incredible, not only here but all over the East Coast,” Biden said when meeting with officials in LaPlace, west of the city of New Orleans, one of the hardest hit.

I want to express my heartfelt thanks to all the first responders and everyone working through the night to save lives and get the power back on following last night’s storms. @FEMA is on the ground and ready to provide all the assistance that’s needed.


According to officials who flew over the destroyed areas, some villages whose buildings were made of wood were completely washed away by the wind that blew at more than 240 kilometers per hour, while large boats were washed ashore.

Additionally, the storm knocked down power transmission lines and shut down oil operations in the Gulf, complicating the recovery effort.

Biden linked the increasing power of storms to climate change and advocated for infrastructure legislation, speaking about the need to invest in burying power lines underground.

“Super storms are going to come and they are going to come more fiercely,” the president said, adding that “it’s not about being a Democrat or a Republican. We are Americans and we will get through this together.”

Following the LaPlace visit, Biden met with local leaders in the Galliano area and flew over the worst affected communities such as Avondale, Bridge City, Lafitte, the Port Fourchon oil hub and Grand Isle.

After wiping out Louisiana, Ida, downgraded to tropical storm status, continued its route across the United States, arriving with torrential rains in New York and New Jersey on Wednesday, causing even more deadly flooding.

So far, the death toll off the US coast is at least 46, with another six missing in New Jersey.

Tokyo 2020, found the athlete from Uganda excluded from the Olympics who “wanted to change his life in Japan”. End of a 4 day getaway

Outriders exceeds Square Enix’s expectations, and Xbox Game Pass has a lot to do with it