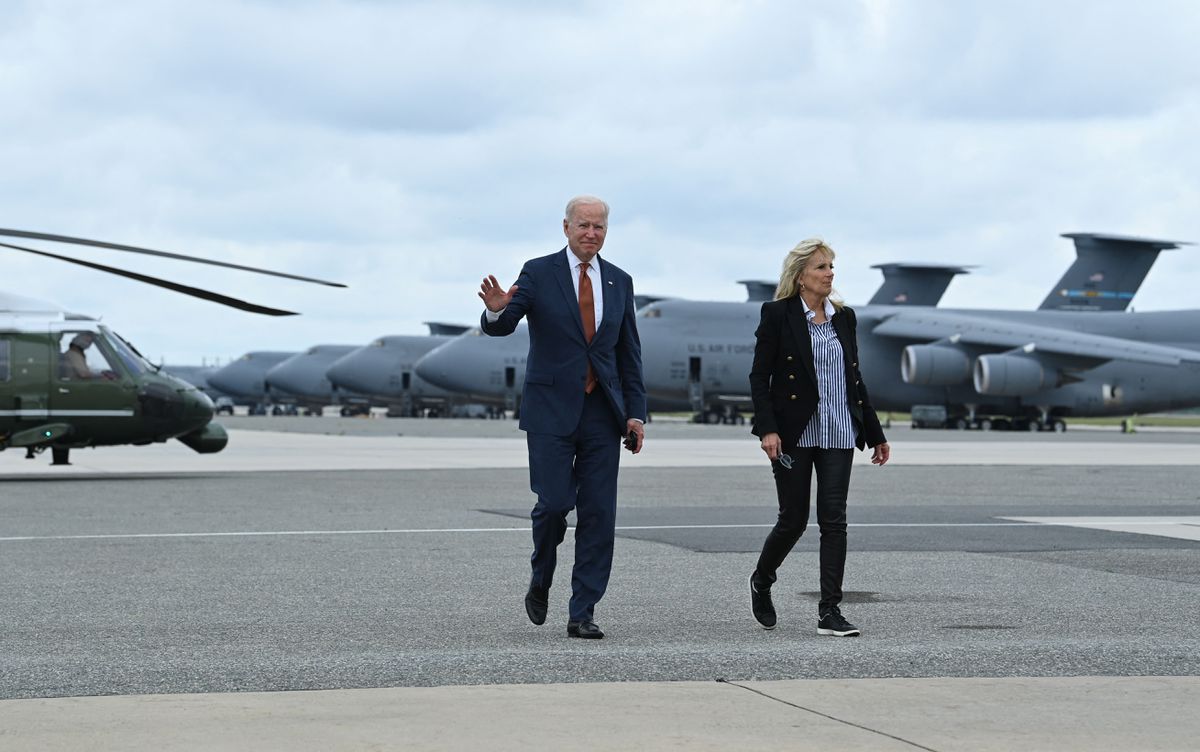 “My trip to Europe is about the United States reviving the democracies of the world.” Under this title, the president of the United States, Joe Biden, published this Sunday an article in The Washington Post on his first international tour, which begins on Wednesday in the United Kingdom, continues with the NATO summit in Brussels and ends on June 16 in Geneva with the meeting with Russian President Vladimir Putin, at a time of high tension between the two countries. The journey, he writes, will serve to reinforce the “renewed commitment” of the United States to its allies and to “demonstrate the capacity of democracies to face the challenges and neutralize the threats of our era.” Faced with these challenges, whether it be the pandemic, the climate crisis or “the harmful activities of the governments of China and Russia,” the United States “must lead the world from a position of strength,” he emphasizes.

The trip will embody in flesh and blood the turn of the foreign policy of the first world power and a return to traditional diplomacy, or to diplomacy to dry. Europe and the world are already face to face with the new president of the United States after years of stormy summits with his predecessor, Donald Trump, who could blow up a G-7 summit with a last-minute insult to the host president, Justin Trudeau -as he did in the summer of 2018 in Quebec- or, around the same time, publicly challenge his NATO allies by exhorting them to double the military spending target (to 4%), when the current goal (2%) it was already difficult to reach.

If Republican Donald Trump threatened to ignore NATO’s collective defense clause, which establishes the duty of mutual assistance between allies, Biden advances in his text this Sunday that will reaffirm Washington’s commitment, contained in Article 5 (and which has only been active once, when the United States suffered the 9/11 attacks).

Upon reaching the presidency, Biden sent a message to the allies that Trump had despised in Europe and to the multilateral organizations from which he had distanced himself: “America has returned to the table.” And at that table, Biden is going to call for a heavy hand against China. “We focus on ensuring market democracies, not China or anyone else, write the rules of the 21st century on trade and technology,” he writes regarding the meetings he will hold with the president of the European Commission, Urusula von der Leyen , and the President of the European Council, Charles Michel. Putin, with whom he is facing hostilities in Ukraine and cyberattacks, among other conflicts, will emphasize what he has told him on the phone on other occasions, that he is not seeking conflict, but that he will respond to aggressions.

The first stop, the United Kingdom, will meet with Prime Minister Boris Johnson, and then participate in the G-7 presidential summit. This Saturday, the group made up of seven of the major powers (United States, United Kingdom, Germany, France, Canada, Italy and Japan) signed a historic agreement to curb tax competition and establish a minimum corporate tax of “at minus 15% ”. It was the sign of a change in the cycle in the world, but especially in the United States.