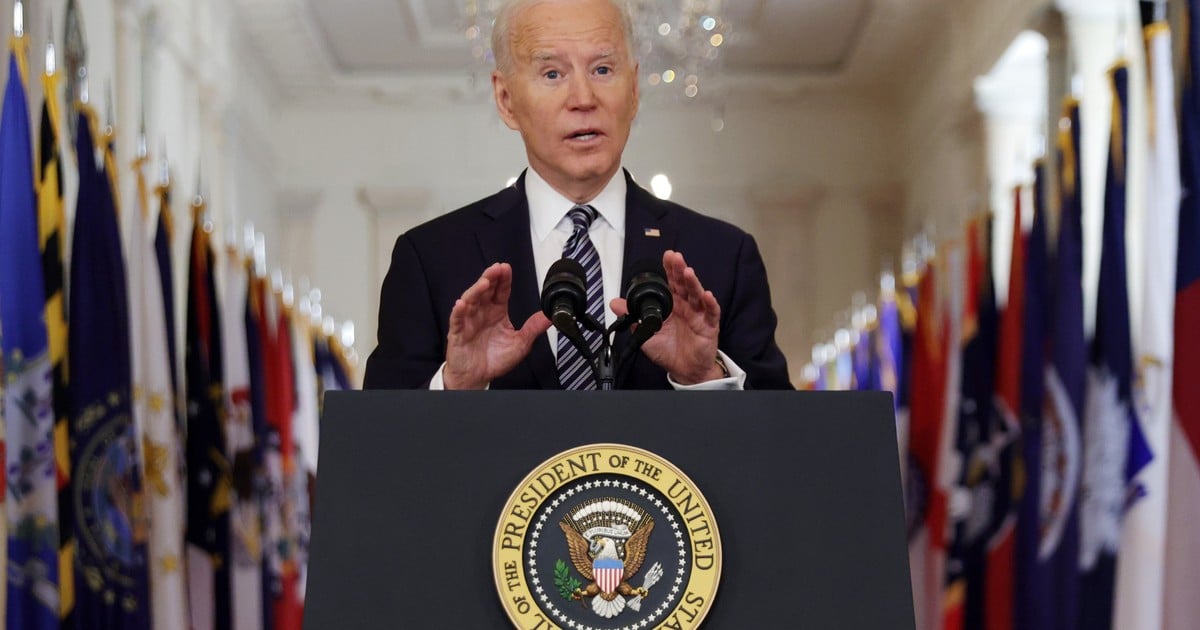 This Tuesday, the president of the United States, Joe Biden, asked migrants not to enter the country, while in parallel criticism grows for the increase in people arriving at the border with Mexico, including thousands of minors traveling unaccompanied.

“I can clearly say ‘Do not come’ (…) Do not leave your city or community,” he remarked in an interview with ABC News, addressing the migrants.

Hours after his head of homeland security defended the government’s immigration policies, Biden also rejected allegations that suggest that his decision to end the heavy-handed policy of his predecessor, Donald Trump, was what caused the increase in arrivals since abroad. Additionally, he noted that there have been similar increases in 2019 and 2020.

The new Democratic administration seeks to dismantle many of the policies implemented by Trump, and wants Congress to pass a broad immigration reform to give a path to citizenship to millions of undocumented people.

For their part, Republican critics argue that Biden’s policies caused the sharp increase in migrants seeking to cross into the United States illegally.

US border wall in the city of Tijuana, Baja California (Mexico). Photo EFE.

“We are in the process of registering more people on the southern border than in the last 20 years“said Alejandro Mayorkas, head of the Department of Homeland Security (DHS) in a statement issued this Tuesday morning.

He added: “This is not new. We have experienced increases in migration before, in 2019, in 2014 and before as well. Since April 2020 the amount registered at the southern border has not stopped increasing.”

In February, some 100,000 people were arrested at the southern border – including 9,457 unaccompanied minors – representing a 28% increase compared to January, according to authorities.

Meanwhile, Mayorkas assured that the increase in the arrival of minors is due to the end of the previous government’s policy of “cruelly expelling small children and leaving them in the hands of traffickers.”

Migrant camp in the city of Matamoros, in the state of Tamaulipas (Mexico). Photo EFE.

“They are vulnerable children and we have ended the practice of the previous administration of expelling them,” he clarified, while reporting that most of the arrests at the border are of adults traveling alone and who are returned, unless they suffer some “vulnerability serious”.

Meanwhile, families are also returned to Mexico or to their countries of origin, to respect the rules imposed by the pandemic “except when Mexico does not have the capacity to receive them.”

According to Mayorkas, who is the first Latino and the first immigrant to head DHS, the rise in migrant arrivals is due to “poverty, high levels of violence and corruption” in Mexico, Guatemala, El Salvador and Honduras.

Justin Bieber was about to do a match in WWE

Fashion The clothing rental business is a success story of a pandemic, and now Marimekko’s clothing can be rented from Finland for the first time.