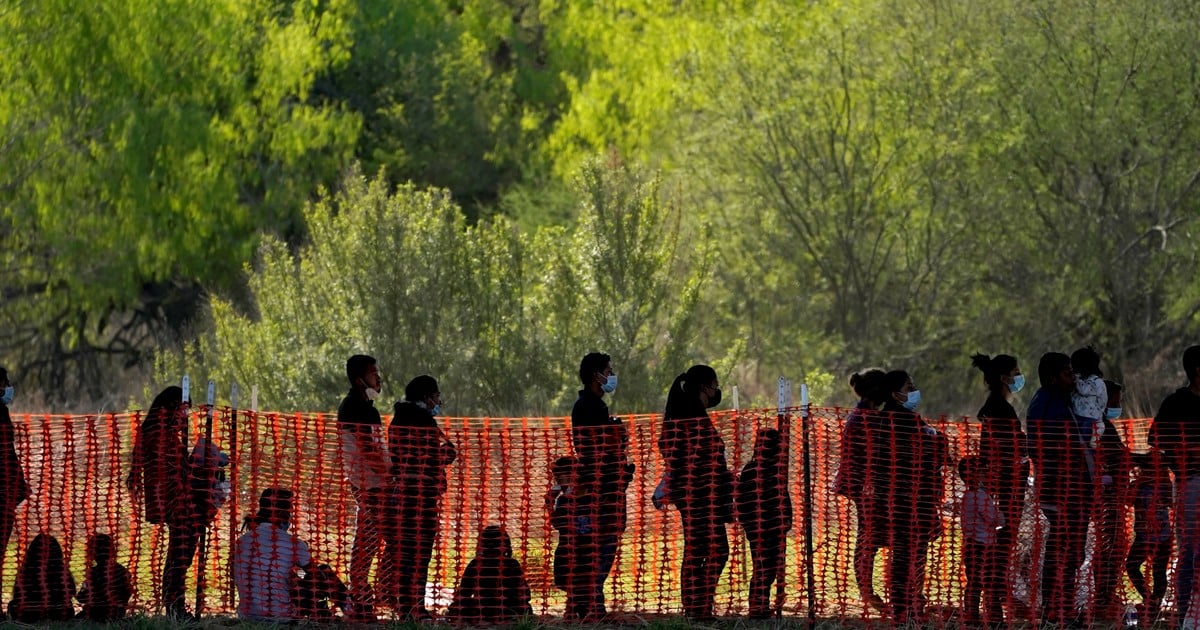 Joe Biden’s government faces a historic record with the arrival last March at the United States border with Mexico of 18,890 single minor immigrants, the maximum figure for a single month since the current immigration authority began accounting for that data in 2009.

According to the Office of Customs and Border Protection (CBP, in English), the number of children intercepted in March doubled the total of February, when that agency detained 9,271 children.

The data confirms that the Border Patrol’s processing system is dealing with a complex situation exacerbated by the pandemic of the coronavirus, as the government and pro-immigrant organizations have admitted, and which is barely comparable to that faced by his predecessor Donald Trump.

In May 2019, under the Trump administration, 11,475 minors were detained at the border with Mexico, from where 132,856 undocumented immigrants crossed to US soil in that month, something that the then president described as a “crisis.”

The boys who crossed the border from Mexico to the United States alone almost reached 19,000 in March 2021. Photo: REUTERS

The Biden Administration prefers not to speak of a crisis at a time when it is enduring the pressure from immigrant aid organizations and Republican leaders who question the policy of the Democratic leader.

But CBP figures in March reveal that arrests of undocumented immigrants at the border with Mexico reached its highest monthly level in 20 years.

Last month, border agents intercepted a total of 172,331 illegal immigrants, an increase of 70.6% compared to the total of 101,028 in February of this year, according to the data updated this Thursday by the CBP.

Of the more than 172,000 immigrants intercepted in March, 168,195 were captured by CBP while crossing irregularly, while another 4,136 arrived at the border entry checkpoints, where in many cases they are declared “inadmissible”.

A group of immigrant minors, after crossing the Rio Grande from Mexico to the United States. Photo: REUTERS

The figure of 168,195 detainees in areas between ports of entry is the highest in a single month since March 2001, when the CBP arrested 170,580 illegal immigrants, according to official agency data reviewed by the EFE agency.

That unprecedented record in two decades, added to the all-time high In the arrival of single minors, pressure increases on the Biden government, whose Secretary of Homeland Security, Alejandro Mayorkas, planned to visit the southern border for the third time this Thursday, moving to El Paso and McAllen, in the state of Texas .

The migration of minors has, however, been a concern for recent US administrations.

In June 2014, then-President Barack Obama – of whom Biden was vice president – counted 10,620 minors who arrived in the border area at the height of the migratory crisis that occupied his government that year.

A detention center where immigrant minors are housed, in Donna, Texas, in the United States, in a March image. Photo: AP

This time, American public opinion is sensitized to the situation of minor migrants, especially after the policy of zero tolerance, under which Trump used to separate the children from their parents arrested at the border.

Also still on the minds of Americans are complaints about the precarious conditions that children faced in the detention centers to which they were sent during the Republican government.

Just this week the video of a 10-year-old Nicaraguan boy who was abandoned at the border and was crying disconsolately for help when he was found by the Border Patrol evidenced the seriousness of the situation to which the little ones are exposed in its attempt to reach American soil.

“Scenes like this are very common, as smugglers continue to abandon children in desolate areas, regardless of their well-being,” US border authorities warned in a statement.

35,000 vaccine doses for the Balearics this week