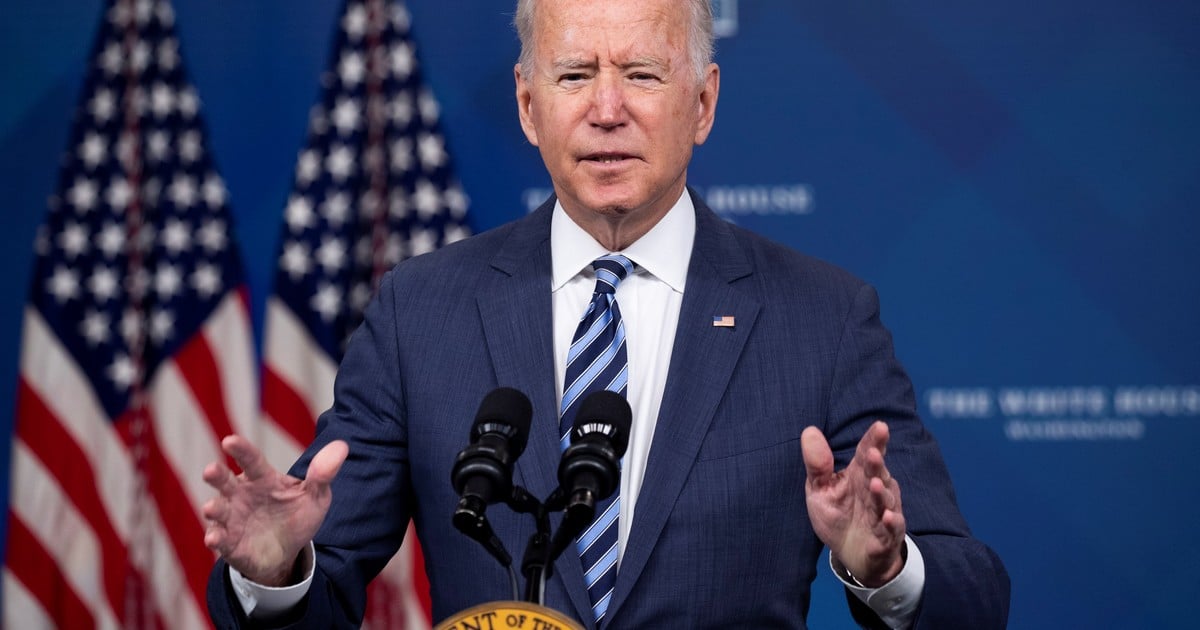 President Joe Biden reacted this Thursday with unusual harshness against a controversial decision of the Supreme Court of Justice of the United States, with a large conservative majority, which gave the green light to a Texas legislation that severely restricts the possibilities of abortion.

Biden claimed that the court’s decision was “An unprecedented assault to the constitutional rights of women ”.

The constitutional right to abortion is guaranteed in the United States since the Roe Vs Wade ruling, from 1973, in which the Supreme Court established that women can terminate their pregnancy before 6 months of gestation. But several states, especially the more conservative ones, have tried in recent years to restrict the practice in every possible way.

Texas took a crucial step Wednesday that shook the legal foundations on the subject by putting into force a law passed in May that prohibits abortion after six weeks of gestation, when the fetal heartbeat can be detected. But it is a date when a large majority of women do not even suspect that they are pregnant.

In fact, experts point out that between 85 and 90 percent of women who terminate their pregnancy in Texas they have already exceeded six weeks, which means that the law will ban almost all abortions in that state.

Also, the law does not provide exceptions in case of incest or rape and allows individuals to file civil lawsuits against anyone who helps a pregnant woman to have an abortion after 6 weeks.

After the Texas ruling, the issue was urgently transferred by civil associations to the Supreme Court of the nation, that just in a few hours he decided not to block that law.

This court has a large conservative majority of 6 members against 3 liberals, thanks to the nominations of three judges during the presidency of Republican Donald Trump. Perhaps that is the most important legacy that Biden’s predecessor has left because the magistrates are for life and their conservative rulings will impact generations.

Donald Trump changed the balance of the Court. AFP photo

The president reacted with an unusually harsh tone to this ruling of the highest court.

Biden, who is a practicing Catholic and supports criticism from conservative bishops for his position, ordered this Thursday mobilize all possible resources of his Government to “ensure that women in Texas have safe and legal abortions” and called attention to use the word “abortion”, something he always sought to avoid.

Biden considered that the court decision is “An unprecedented assault on the constitutional rights of women”, guaranteed in the 1973 ruling.

The president stressed that with this new law “individuals in Texas are empowered to report health service providers, family members who support the woman that she exercises her right to choose after six weeks or even the friend who takes her to the hospital or clinic ”.

The president complained that, thanks to that rule, from now on in Texas a complete stranger will be able to interfere in “the most private and personal decisions that a woman faces about her health” and will also be encouraged with the perspective of get $ 10,000 if you win the case.

Biden also criticized the court for having made the decision without having held a single hearing and without “the benefit of the opinion of a lower court” for which the measure is “An insult to the rule of law and to the rights of all Americans who seek redress in our courts. “

The issue is very divisive in the country. It annoys the most liberal Democratic bases and also the most conservative Republicans. And some fear it could spearhead a series of similar laws in different states.

In fact, Florida Senate Speaker Wilton Simpson said his state legislature is working on a “heartbeat” law like the one in Texas. Mississippi has already passed a similar law, which practically bans abortion from 15 weeks.

The Court’s vote was 5 to 4 because the President of the Court, the moderate conservative John Roberts, he joined the three liberal judges.

The result revealed the impact of the death of liberal judge Ruth Bader Ginsburg last year and the decision of then-president Donald Trump to replace her with the ultra-conservative Amy Coney Barrett. Had Ginsburg been on the court, Texas law would have been blocked.