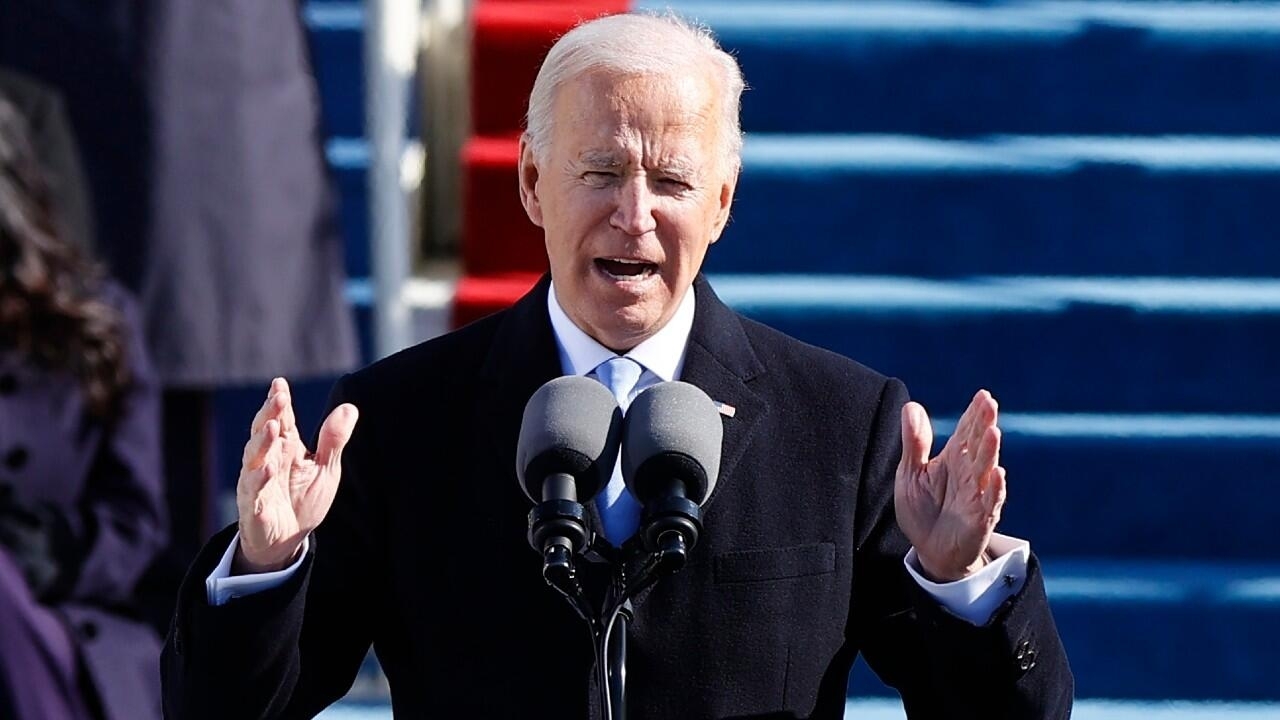 In an unprecedented ceremony after the unusual assault on the Capitol and in the midst of the Covid-19 pandemic, this January 20 Joe Biden delivered his first speech as president of the United States. The new president called for unity with which he asked to leave political divisions behind and join forces to overcome one of the greatest challenges in the history of his country: the health crisis and the consequences it has left behind.

Joe Biden began his term by calling for unity and promising not to leave anyone out of his policies. “I will be the president of all Americans, I will fight as hard for those who supported me as for those who did not,” said the 46th president of the United States in his inauguration speech, delivered in front of the Capitol.

Surrounded by a strong security device and in a ceremony marked both by the coronavirus pandemic and by the strong political and social crisis that the country is going through, Biden reaffirmed that his arrival at the White House is a product of democracy and that it is time to leave behind the political divisions that have marked the last few years in the North American country.

“Today we celebrate the triumph not of a candidate but of a cause, a cause of democracy. The people, the will of the people has been heard and the will of the people has been heeded (…) democracy has prevailed,” Biden said without mention his predecessor, Donald Trump, who did not attend the ceremony, who claims without evidence that an alleged electoral fraud blocked his re-election plans. Their complaints, however, have fallen one by one before the courts due to the lack of evidence.

Before beginning his speech, Biden, 78, was sworn in before Supreme Court Chief Justice John Roberts and over two Bibles, as is tradition. He did so in a reduced ceremony that was different from the traditional inaugurations, with large numbers of guests, both due to security concerns and the restrictions imposed in the wake of the pandemic. More than 200,000 flags were placed on the esplanade of the National Mall to replace the public, who generally attend to observe the change of command.

“We unite now to carry out the peaceful transfer of power”

The new president recalled the assault on the Capitol on January 6, which occurred just 14 days before his inauguration. “In this sacred ground where just a few days ago violence sought to shake the foundations of the Capitol, we unite as one nation under God, indivisible, to carry out the peaceful transfer of power as we have done for centuries.”

In the presence of dozens of Republican legislators and the outgoing Vice President himself, Mike Pence, who decided to attend the inauguration on behalf of the outgoing Administration, one of the last steps in his position and with which he showed distance from now former President Donald Trump, the new leader of the White House said it was time to end what he called “an uncivil war.”

Biden affirmed that “politics does not have to be a raging fire that destroys everything in its path. Every disagreement does not have to be the cause of total war and we must reject the culture in which the facts themselves are manipulated and even fabricated.”

Biden on the pandemic: “this is our historic moment of crisis and challenge”

The Democratic leader, who since his presidential campaign reproached Donald Trump’s management in the face of the pandemic that today has the United States as the worst hit nation in the world, repeated one of his campaign promises: to get the country out of the health crisis and economic caused by the coronavirus outbreak.

“Few people in our nation’s history have had more challenges or encountered a more challenging or difficult time than the moment we find ourselves in now. A virus that occurs once in a century and silently stalks the country has taken its toll. as many lives in a year as in the entire Second World War, “he said.

Biden said his administration will act urgently and swiftly to save lives and to rescue millions of Americans who lost jobs and thousands of businesses that closed.

Biden: “A cry for racial justice moves us”

The United States has experienced one of the largest waves of protests in its history in recent months, after constant reports of police abuse with racial overtones, which increased after the death of citizen George Floyd. It is also experiencing a growing increase in far-right movements. Amid mounting tension, the president promised to help heal the old wound of racism in the country.

“A cry for racial justice moves us. The dream of justice for all will no longer be postponed. A cry for survival comes from the planet itself, a cry that can no longer be more desperate or clearer. The rise of political extremism, supremacy white, the internal terrorism that we must confront and that we will defeat. “

The new head of state has begun to show support in that direction, by forming what he says will be the most diverse cabinet that has existed so far in his country. He appointed several African Americans and Hispanics, among other minorities, to the highest positions in his Government, but highlights that they are also professionals with proven experience in each of the portfolios or secretariats for which they have been nominated.

The arrival of Kamala Harris, who on Wednesday made history by becoming the country’s first female vice president, as well as the first African-American and Asian person to hold that position, indicates that the Joe Biden government could be a more inclusive government than the above.

Facebook accused of inflating its audience to increase its advertising revenue

After “a hecatomb of dolphins”, France Nature Environnement sues the French state