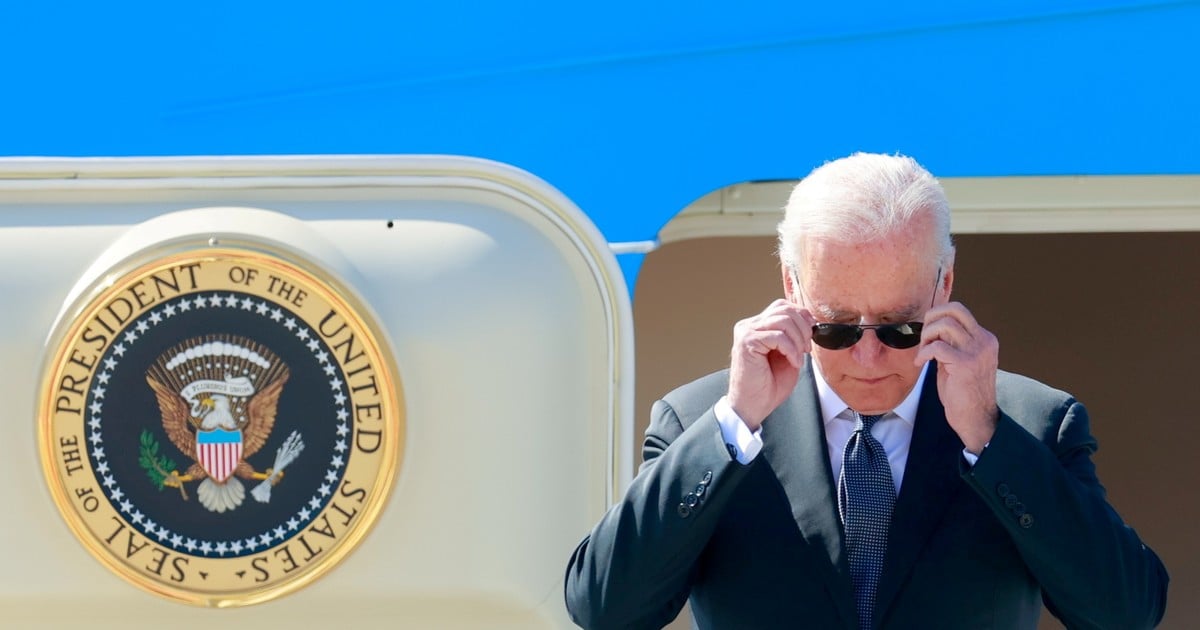 The president of USA, Joe Biden, arrived in Geneva on Tuesday on the eve of the first summit with his Russian counterpart, Vladimir Putin, a difficult meeting in which he intends to point out the “red lines” to prevent further deterioration of the relationship.

The presidential Air Force One plane landed in the afternoon at Geneva airport from Brussels, where Biden He reaffirmed his willingness to relaunch transatlantic relations and send a clear message to Russia.

“Our alliance is strong. NATO is united and the United States is back,” said the head of the White House.

And relationships are calmer. The European Union and the United States announced on Tuesday a truce to resolve the 17-year dispute between Airbus and Boeing, which poisoned relations between the two major economic blocs.

Instead, Biden has taken a firm tone in recent days, promising that he will tell you what “red lines” are not to cross.

“I am not seeking a conflict with Russia, but we will respond if Russia continues its harmful activities,” the US president said.

This summit is the highlight of your first trip abroad And it’s a high-stakes issue for Biden.

It is the fifth US president that Putin will meet since he came to power in late 1999.

American and Russian flags on a bridge in downtown Geneva, Switzerland. Photo: AP

In an interview with NBC, Putin said he hopes the Democratic president will be less impulsive than his Republican predecessor.

But he took advantage of the occasion to describe Donald Trump as a “talented” man.

The issues of contention are numerous: Ukraine, Belarus, the fate of the jailed Russian opponent Alexei Navalny, cyberattacks.

The White House set the bar very low, ensuring that no big announcements expected, but that in the long term the relations between the two countries are sought to be more “stable and predictable”.

During the G7 summit in Cornwall, UK, this weekend, Biden hinted at a form of fatalism.

“Because it’s Putin,” he answered a question about the ineffectiveness of warnings and sanctions against the Russian government.

For experts, the Russian president has already achieved what he wanted: a summit as a sign of the importance of Russia.

“The world has been with a pandemic for 18 months that has hit it terribly. The Geneva meeting represents an opportunity for the presidents of the United States and Russia to instill a little more optimism, a little more hope in world politics,” he declared the host, Swiss President Guy Parmelin, at a press conference after a meeting with Biden.

Both leaders they will speak to the press separately Wednesday after the meeting. A joint press conference is not planned.

The summit with Donald Trump

The one that followed the meeting between Trump and Putin in Helsinki in July 2018 remains on everyone’s mind in Washington.

In a strange exercise, which had drawn criticism even from his supporters, Trump seemed to place more value on the words of the former KGB strongman than on the unanimous conclusions of the US intelligence agencies about Russian interference in the 2016 presidential campaign.

A group of protesters awaits Vladimir Putin in Geneva with protests against the Alexei Navalny prison. Photo: EFE

During the first six days of his trip, Biden sought, at a series of summits (G7, NATO, EU-US), reassure allies from the United States.

In contrast to the upheavals of the Trump years, he insisted that the United States was back at the table of multilateralism, determined to play a key role, from fighting the covid-19 pandemic to climate change.

Biden and Putin will meet at Villa La Grange, a magnificent 18th century building, located in the heart of the city and its largest park with a breathtaking view of Lake Léman.

According to the Kremlin, the discussions, which will begin at 1 p.m. local time, they will last between four and five hours.

.The heads of US and Russian diplomacy, Antony Blinken and Sergey Lavrov, will participate in the working sessions.

The city is under strict security, But a small group of protesters wanted to show their support for Navalny, in prison after surviving a poisoning that he attributes to the Kremlin. Many chanted “A Russia without Putin.”

Geneva had already hosted an even more historic summit: the first face-to-face between Ronald Reagan and Mikhail Gorbachev in 1985, a three-day meeting that marked the beginning of the thaw of the Cold War.