Joe Biden and the eyes of Vladimir Putin 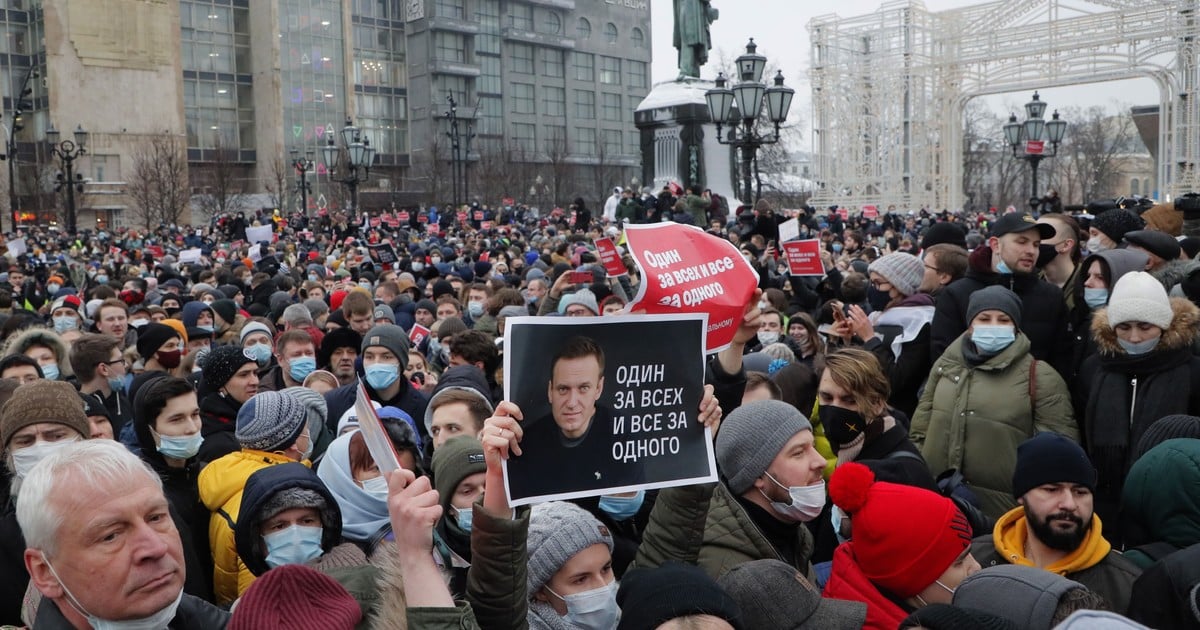 Joe Biden, the US vice president in 2011, was visiting Moscow. The relations of the White House under Barack Obama with the Kremlin were not good at the time and, rather, very little fluid. That scenario only got better with Donald Trump, and for reasons many of them murky. Biden was blunt in reflecting on those tensions. Scarcely greeted, he said to Putin: “Mr. Prime Minister, I’m looking into your eyes and I don’t think you have a soul.”

The anecdote was related by the current president a long time later. And there were witnesses. But its importance is rather historical to get an idea of ​​the place from where the link is now being established between Russia, already with Putin as president, and the new American president.

The arrest of dissident Alexei Navalni after having overcome a proven poisoning during five months of hospital therapy in Germany, is the Russian leader’s way of welcoming Biden. The arrest of the politician who is fighting hardest against the Kremlin autocracy, it took place the Sunday prior to the Democrat’s assumption of the United States presidency.

The repression in Moscow this Saturday. EFE

That measure was justified in a bureaucratic court order that forced Navalni to appear every so often. The officials did not take into account the seriousness of the health situation of the politician for whose poisoning Moscow always denied any responsibility and even that the incident existed. The demands of the new government for Navalny to be released were answered sharply with the violent repression of the marches of his supporters this Saturday throughout Russia. They are slamming doors and warnings.

Putin reacts in this way because Trump’s departure from the US government meant the loss of if not one ally at least one related leader who was always ready to shield the Russian regime. The translation of these provocative actions is the search for a place of power for the interaction that is coming and that is guessed hard. Henry Kissinger once described the Russian leader as “a serious strategist, but an understanding of American psychology and values ​​is not his strong suit.” As was “neither was the understanding of Russian psychology and history for American politicians,” he explained. .

On that basis, there are reasons that have multiplied Russian distrust. Biden nominated William Burns to head the US intelligence center, a former ambassador to Moscow who has played a strong role in limiting the Kremlin’s influence in the Middle East and North Africa during the expansion of the Arab Spring a decade ago. A brand new high-ranking official for political affairs at the Foreign Ministry, Victoria Nuland, who has just been appointed, was a very tough diplomat who collaborated politically and financially with the popular uprising that upended the pro-Russian government of corrupt Viktor Yanukovych in Ukraine in 2014.

The loss of control of that country, crucial for Russian geopolitical interests, then forced Moscow to seize the Crimean Peninsula from Ukraine where, in Sevastopol, its navy is settled and from where it projects its power to the Mediterranean. Biden has differentiated Russia as a threat to the national security of his country from China that he characterizes as a competitor.

The Navalny thing has a duller echo in our region. In Venezuela, today virtually a Russian satellite, the threats multiplied by the regime to arrest the entire opposition leadership, with Juan Guaidó at the helm, It has a matrix similar to the one we see with the Muscovite fuss. And maybe his influence. A way also there to warn Biden that things will not be easy, although it is difficult for the Democrat to have naively assumed that way.

Vaccination against Covid-19 in China: “We think we will be finished vaccinating in Beijing in six months”

The boarding school: Las Cumbres: release date on Amazon Prime and what it’s about