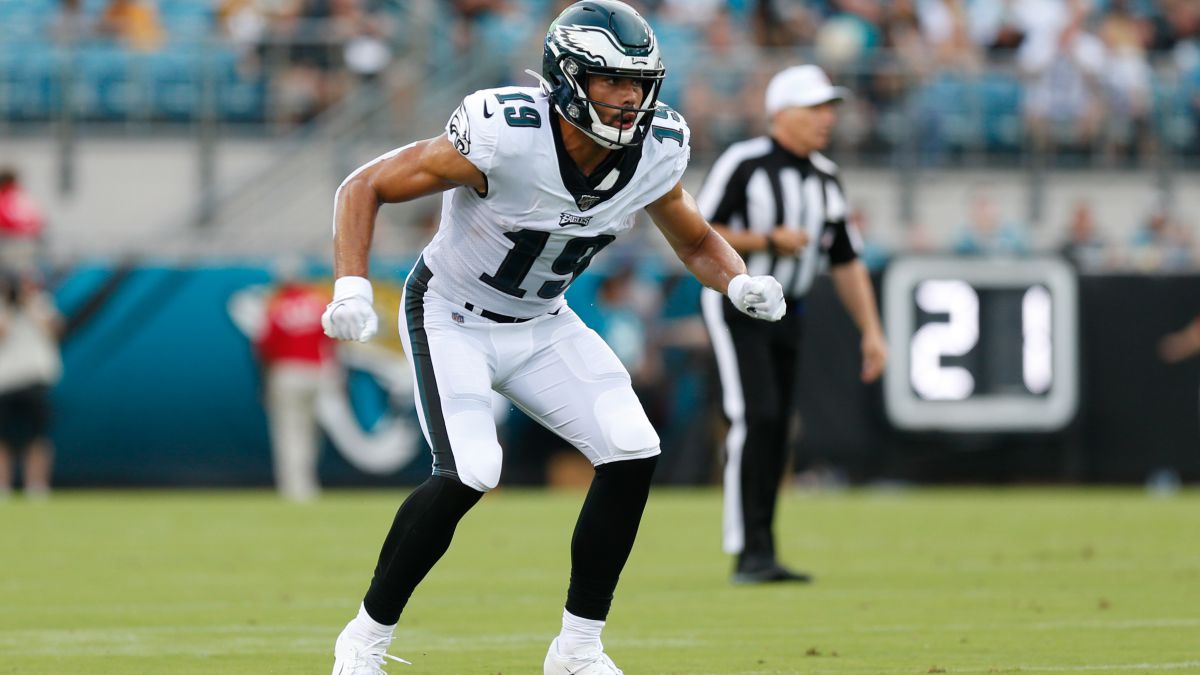 Keep coming bad news for JJ Arcega-Whiteside. His team, the Philadelphia Eagles, reported that a player had tested positive for coronavirus, and it was journalist Geoff Mosher who has been in charge of confirm that the infected person is the Spanish recipient. In addition, two colleagues from Arcega, John Hightower and Deontay Burnett have been isolated by its direct contact with the positive.

The path of the player born in Zaragoza and first Spanish to be chosen in the NFL Draft (round 2, 57th place) still encountering potholes. After a bad first year in the league, in which he only caught ten passes and completed a touchdown, the second season of JJ was being the same or more complicated than the first. So far, the Spanish He has only two receptions in seven games he has played. In the meeting last Sunday, Arcega was hardly present at the 8% of the Eagles’ offensive plays.

Whiteside tested positive and the others were identified as close contacts.

Now, its positive forces to follow the protocols of the league, which establish that the player must enter the “reserve / COVID-19 list”, a list in which all positive cases or direct contacts enter, who they are immediately isolated. If JJ is asymptomatic, he can go back to training and playing in ten days or in five if you have two negative results with 24 hours between them. “The Philadelphia Eagles received confirmation this morning that a player has tested positive for COVID-19. The direct contacts that have been identified are isolated. We are following the NFL’s intensive protocols and remain in contact with the league on this matter. “, published the team on their networks.

The news comes hours after the NFL’s announcement about the intensification of the protocols to prevent infections from this Saturday. The increase in cases in the country and in the league itself makes it necessary to follow stricter measures to face the last two months of competition. From August 1 to November 14, 270 players and team staff have been infected.

On the death of Karl Dall: The Helmut Kohl of humor – WELT

The doctor named products that help protect against coronavirus

Biden announced his readiness to meet with Trump