Jesusa Rodríguez: We have to comply with marijuana regulation 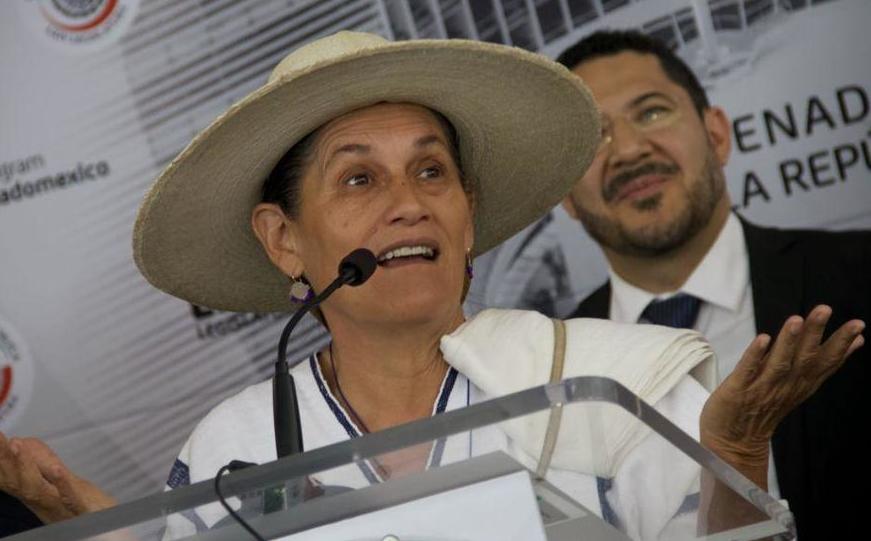 The Senate of the Republic will act with “measure and prudence” when legislating on the regulation of marijuana for adult or recreational use, which was pending in the previous period. However, legislators are confident that the next legislature is “historic debt” is resolved.

Morena’s coordinator, Ricardo Monreal said that the Supreme Court of Justice of the Nation (SCJN) cannot legislate even when it has declared unconstitutionality of five articles of the General Health Law that prohibits the recreational use of cannabis.

“There are still details to be regulated, the Court cannot legislate, even when it has declared this rule unconstitutional. We will act with prudence, with measure, for the benefit of society, is a delicate topic. Personally, I have always expressed that it is positive to agree on the regulation of the use of cannabis, “he said.

In a video posted on his social networks, the also president of the Senate Political Coordination Board reported that will meet with the coordinators of all parliamentary groups to work on a law that benefits society and the country.

“For that reason we are going to wait and immediately I will meet with the parliamentary groups and their coordinators and begin to work on a legislation that helps the country in which we can, with consensus, build it in a broad way also listening to society, that is ours obligation and we are not going to give it up ”, he stressed.

The general declaration of unconstitutionality, approved by the @SCJN and that eliminates the prohibition of the recreational use of cannabis, must be observed and respected. The @senadomexicano it will legislate prudently to cover the complexity of the issue. https://t.co/AspoQLdJO9

During the last session, which ended in April, the discussion of marijuana regulation was pending in the Senate for adult or recreational use, since several legislators did not agree with the modifications made in the Chamber of Deputies, therefore, it will be discussed next September once the new legislature and the ordinary period of sessions begin.

Monreal recalled that the consumption of marijuana can be done against third parties neither exercised in front of minors or in public places and neither can you drive vehicles or operate dangerous machinery under the influence of cannabis; nor do any other activity that could put other people at risk.

We have to comply with marijuana regulation: Jesusa Rodríguez

Separately, Senator Jesusa Rodríguez assured that legislators now have to comply with the regulation of marijuana for recreational purposes.

“Congress must now comply with the regulation because if there is not a legal vacuum, how will the user get their seeds? There must be regulation,” he explained in an interview with Elisa Alanís for MILENIO Television.

Rodríguez argued that the decision of the Court is a great achievement of society, since it is a resolution on human rights and freedoms of the people.

The senator indicated that there are three options to regulate marijuana: a new initiative; the opinion of the Chamber of Deputies is accepted, which is paused in the Senate; or the senators insist on their position before Saint Lazarus,

Meanwhile, the coordinator of the PRD, Miguel Ángel Mancera wrote on social networks: “the general declaration of unconstitutionality in articles of the General Health Law regarding the use of cannabis is one more reason for the Mexican Senate to continue legislating on the matter. I trust that in the next legislature this historic debt will be resolvedto”.

The general declaration of unconstitutionality in articles of the General Health Law regarding the use of #cannabis is one more reason why in the @Mexican Senate let’s continue legislating on the matter. I trust that in the next legislature this historic debt will be resolved #mm

Tags: Jesusa RodriguezmarijuanaregulationRicardo MonrealSupreme Court of Justice of the Nation