Jerusalem shields itself from an ultra-nationalist march that increases tension 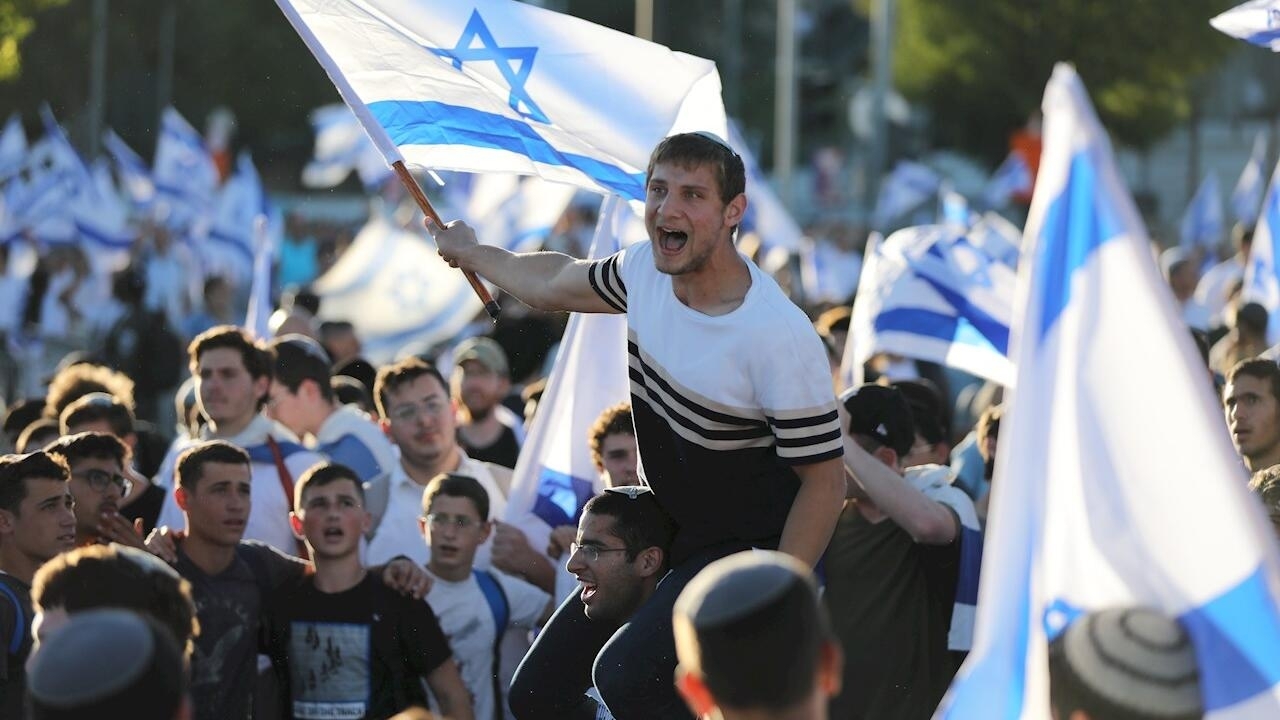 Hundreds of far-right protesters gathered near Jerusalem’s Old City on Tuesday to march with Israeli flags in the Muslim-majority neighborhood. The Israeli Government is on alert to the possibility of a violent response by Hamas and the increase in tensions with the Palestinians, hundreds of them have already mobilized against the demonstration in the Gaza Strip and at least 17 have been arrested for clashes with the Policeman.

This Tuesday, June 15, a new chapter was added to the history of tensions between Israelis and Palestinians. The reason: a march of ultranationalist Jews carrying Israeli flags in the Old City, East Jerusalem, to reach the Wailing Wall – Judaism’s highest place of worship – at this annual event.

Near the Damascus Gate, protesters could be seen waving Israeli flags as the crowd chanted loudly “the nation of Israel is alive” and xenophobic threats such as “Death to the Arabs!”.

“They are creating a big problem in Jerusalem. All the people here want peace, why are they creating problems here?” Khalil Mitwani, a 50-year-old Palestinian sitting in front of a police cordon, told Reuters.

The march, originally scheduled for May 10, had to be postponed due to the Hamas bombing alert, an episode that was the trigger for the confrontation between the two sides. Hamas fired long-range rockets into Jerusalem, disrupting the march and sparking the conflict, which claimed more than 250 Palestinian and 13 Israeli lives.

The Israelis have strongly opposed this march since its announcement as it disturbs the tense calm in the region after 11 days of clashes between Israeli forces and the armed wing of the Hamas movement last month.

Before the celebration of the “March of the flags”, Hamas has already moved token: it has called a “Day of Wrath” against it. “Let next Tuesday be a day of mobilization and union towards the Al-Aqsa mosque, a day of anger and defiance of the Israeli occupier,” the armed group said in a statement.

The Palestinians consider this event by the extreme right as a provocation for their tour of the Old City, an area with a Muslim majority in the city. Hamas has urged the Palestinians to demonstrate, but so far no rocket fire has been recorded into Israeli territories.

However, given the possibility, the Israeli Government has expanded its security measures and is on alert. According to local media, the Israeli Army has deployed air forces to protect itself from possible attacks from Gaza.

This episode puts the newly launched coalition government on the ropes, headed by the ultra-nationalist Naftali Bennett, the new prime minister who takes over from Netanyahu after more than 12 years in power.

The new political coalition is difficult to manage: it brings together the extreme right, the left, the center and – for the first time – an independent Arab party. Different forces that have little in common and whose main desire is to prevent the return of Netanyahu as president.

It has not taken a week of government to acknowledge the marked differences within the coalition. Bennet gave the go-ahead to the “Flag March” as its cancellation would have exposed the new prime minister and other members of the right to intense criticism from those who see it as a capitulation to Hamas.

But this decision has not been well received by some partners in the Government. Mansour Abbas, leader of the Arab Raam party – part of the Executive coalition – assured that the march was “an attempt to set the region on fire for political purposes” and made a call not to escalate tensions, to avoid another conflict such as that of the May 10.

But, despite the so-called conciliators, images have already been released accusing clashes between the Israeli police and some Palestinians who resisted leaving parts of the march of the demonstration. At least 17 Palestinians have been arrested during the day. And more riots are expected, with more than 2,000 police officers deployed to the city.

And it is that this event reopens historical wounds. It vindicates Israeli sovereignty over the Holy City, and commemorates what they consider to be the “reunification” of the city in 1967, which for the Palestinians marks the beginning of the occupation. A very different day for the two regions, many Jews live it each year with national pride; while for the Palestinians it is a day of mourning.

Initially, the organizers called the parade for last Thursday, but it was decided to move to Tuesday for fear that tension would erupt at a time of political transition in Israel.

However, Bennett warned that he will not hesitate in the face of a new Hamas attack, noting that the attacks could be “the trigger for a new battle.”

With the government decision to allow the march, Tor Wennesland, United Nations envoy to the region, sent a conciliatory message in which he asked both parties to refrain from violent behavior.

Tensions r rising again in Jerusalem at a very fragile & sensitive security & political time, when UN & Egypt are actively engaged in solidifying the ceasefire. Urge all relevant parties to act responsibly & avoid any provocations that could lead to another round of confrontation


“I urge all relevant parties to act responsibly and avoid any provocation that could lead to another round of confrontation,” the United Nations member said via social media.

But the truth is that the event has already generated many frictions and could break the truce between Israelis and Palestinians.

Hundreds of Palestinians gathered on June 15 in the Gaza Strip to protest against the “March of the flags”, which they consider to be the day of the Jewish occupation of their lands.

According to the EFE agency, the Israeli military tried to disperse the crowd with tear gas and live ammunition against those who approached the border fence, although, for the moment, no injuries have been reported.

“We will launch balloons and burn tires in the border area in protest at the Israeli ‘flag march’ in Jerusalem,” said one of the Palestinian organizations – known as “nighttime troublemakers” – through a statement, which called for protests. nights near the border with the Israeli territories.

Balloons containing flammable content were launched in Gaza, which, according to Israeli firefighters, sparked at least 20 fires in Israeli communities near the fenced border with the enclave.

Prime Minister Bennett has threatened retaliation for these flammable balloons, according to local media.

In the middle of the moment of high tension, the new prime minister recalled that “everyone is watching what happens here”, in an interview last Tuesday. He also urged to avoid confrontation and the escalation of violence in a conflict that is still alive and that the international sphere follows closely.