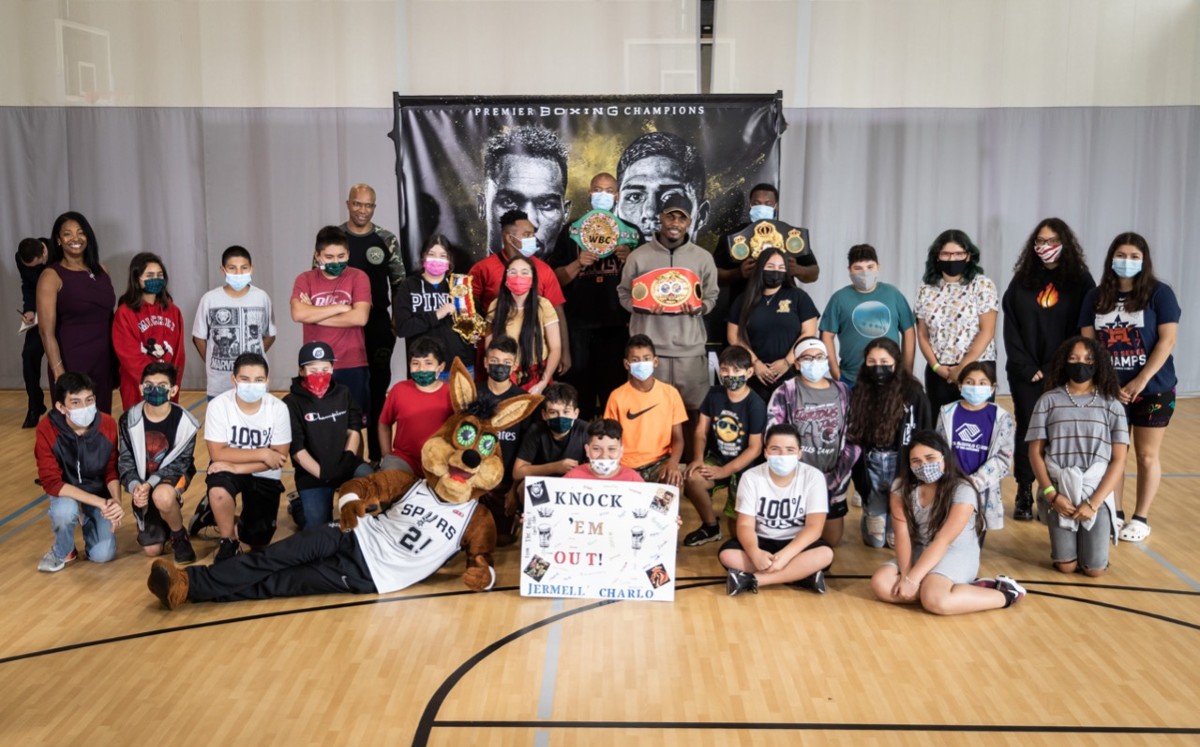 The Unified World Super Welterweight Champion Jermell charlo visited the Boys and Girls Club of San Antonio this Wednesday, where he lived with the locals, gave a motivational talk and gave away tickets for the duel he will hold this weekend against the Argentine monarch Brian Brown.

“It is super important to come here for the children. I once went through the same experiences. These children come from many different places and I came to try to inspire them to keep going in search of their dreams. Once I started going to the boxing gym, I started meeting people like Evander Holyfield. That inspired me a lot and helped me get to where I am today.”Declared the monarch of Houston.

Charlo was accompanied by the CEO of the Boys and Girls Club of San Antonio Andre Ginnane, who thanked him for taking time to donate his time and generosity to the boys. There was also the Coyote, the popular San Antonio Spurs mascot.