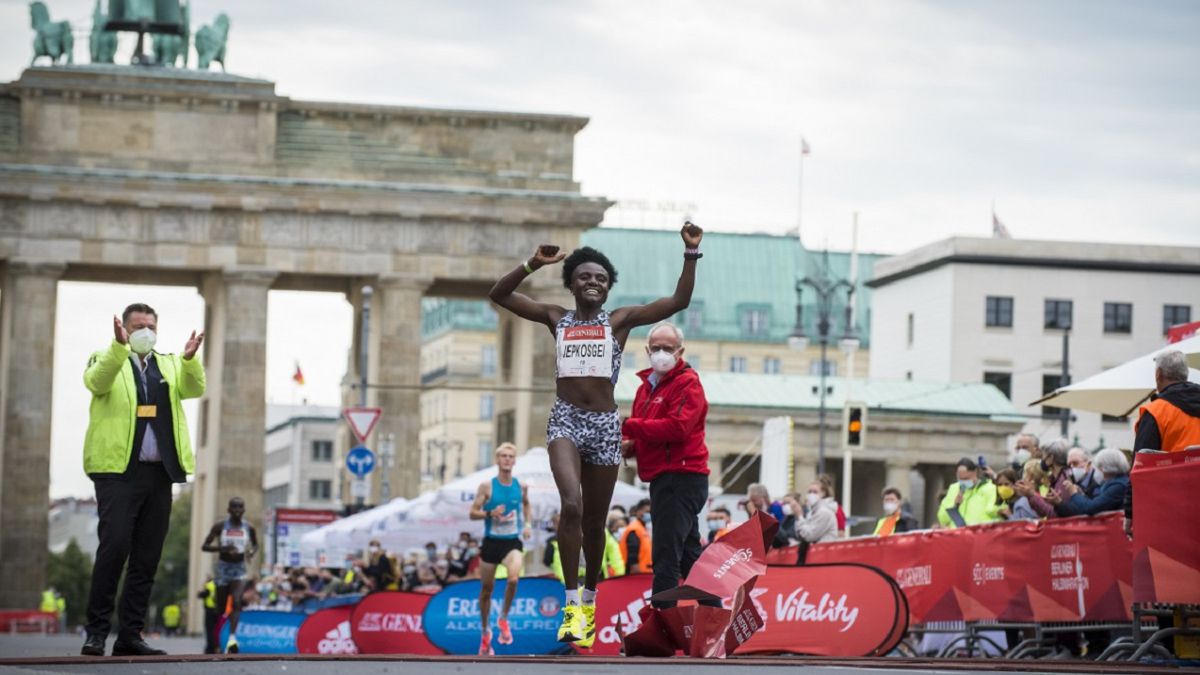 The Kenyan Joyciline Jepkosgei won the Berlin women’s half marathon on Sunday with a time of 65:16, a record for the German race, surpassing the mark obtained in 2019 by the double Olympic champion Sifan Hassan (65:45). The podium was completed with two other Kenyans: Nancy Meto (65:21) and Valary Aiyabei (67:32).

In the male category, the also Kenyan Felix Kipkoech achieved the best time of the year, with 58:57, improving his own time in 38 seconds. Here too the podium was completed by two other Kenyans: Josphat Tanui and Philemon Kiplimo, with 59:40 and 59:54, respectively.

In the 40th edition of the Berlin half marathon, 15,096 people from 130 countries participated. The cool and dry weather, added to the well-known flat route of the German capital, favored the performance of the athletes.