Jennifer Lopez and Álex Rodríguez deny rumors of their breakup 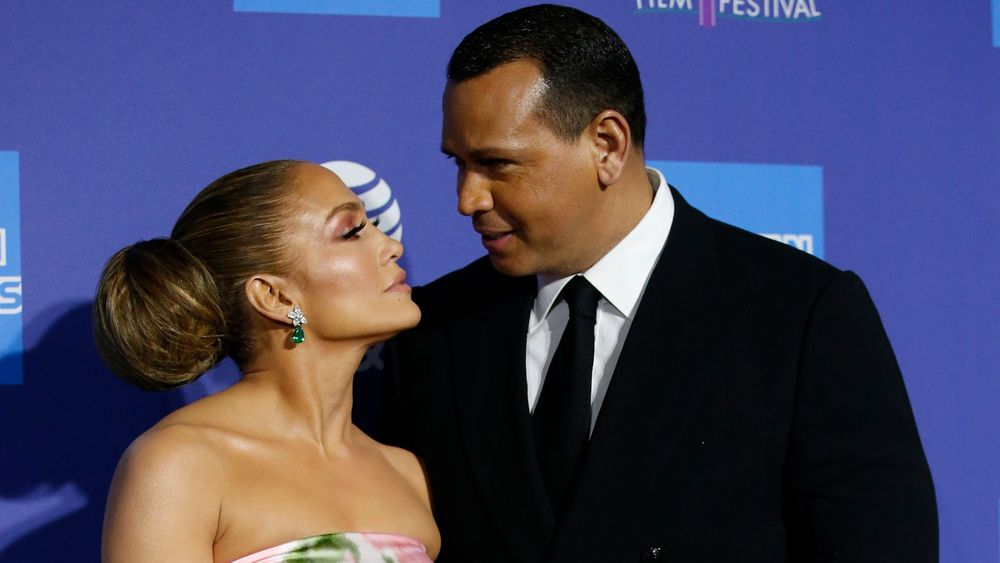 Singer Jennifer Lopez and former athlete Alex Rodríguez have come out to deny that the news published in Page Six about the end of their relationship was “inaccurate.” Several local media reported last Friday citing sources close to the couple who had broken up after two years engaged and four years of relationship. The glamorous and millionaire couple has nuanced Fox News in a statement that although the news was not entirely true, both are “working on some things.” López and Rodríguez celebrated their engagement party in September 2019, but they postponed the wedding twice, blaming the coronavirus pandemic. In a recent interview, the Puerto Rican artist commented that together with Rodríguez they saw a therapist during the quarantine and that she had been “very useful.”

News of their alleged break-up set the internet and the media on fire on Friday. Consequently, the couple has come out to qualify the information in a statement: “All reports are inaccurate.” Even so, they assure that they are working on their relationship and a source of Fox News has assured that the exclusive of their breakup was premature, but that the couple have recently encountered some problems. “Nothing specific. They went through a bad streak, but they are working on it ”, he assured.

Page Six was the first medium to break the news, later confirmed by CNN and E! News, among others, and pointed out that Rodríguez was having a parallel relationship by video call with the star of a reality show, Madison LeCroy. The same medium ensures that there are sources that deny that there was something physical between them and that they are only known. Rodriguez had already set off alarms of a possible breakup in 2019 before committing to Lopez. Then, the porn actress, former bodybuilder and ex-Playboy girl Zoe Gregory claimed that Rodríguez was sending her messages of sexual content and explicit photos for about a month, from Christmas until the end of January of that year. Another source has affirmed to Fox News this Saturday that a third person “did not contribute” to the couple’s recent problems. “Jennifer and Alex have much more important things, like companies and their children, to worry about,” said the source.

Alex Rodríguez and Jennifer Lopez met when she was still married to Marc Anthony, the father of her two children. He began his courtship with the baseball star a few years after their separation in 2017. He, of Dominican descent, was the Cristiano Ronaldo of baseball, as well as a businessman and a television personality. When in March of that year rumors of a possible courtship with JLo began to spread, a source assured the US media that Lopez “seems excited”, but that “she is aware that he is a womanizer and that is why she is being cautious” . The caution ended when the athlete gave her a million dollar engagement ring after two years of relationship.

Lopez had started the year in style by interpreting This land is your land at the inauguration of President Joe Biden. At that moment his voice became the most powerful of the Latinos in the United States and he added some verses in Spanish demanding “freedom and justice for all.” Rodríguez attended the event to support her and both gave the cameras a kiss that showed the strength of the couple, who a few months earlier were trying to fulfill a common dream of buying the New York Mets baseball team, one of the most important parts of the world.

When the ex-athlete was a promise of baseball at 23 years old, a journalist asked him: What would be the dream date for Alex Rodriguez? “Jennifer Lopez. I hope you can get me an appointment with her, ”he answered without hesitation. In less than two decades, he managed to date the artist and now, aged 45 and she is 51, they have maintained the relationship for four years. In social networks, Lopez has been published on his Instagram account from the Dominican Republic, where he is recording his latest movie Shotgun wedding. “Find a good reason to smile,” wrote the actress this Friday in some photos. Separately, the billionaire businessman Rodríguez uploaded photos from a yacht in Miami in which he invited his followers to tell them about his plans for the weekend.

The actress, singer, songwriter and businesswoman, popularly known as JLo, has been married three times. The first time, with the Cuban writer Ojani Noa, in 1997, and four years later, with the dancer Chris Judd. The longest and most iconic was her relationship with Marc Anthony, whom she married in 2004. As a result of their relationship, which ended in 2011, her two children were born: twins Emme and Maximilian. Rodríguez was married between 2002 and 2008 with the psychologist Cynthia Scurtis, mother of his two daughters, Natasha and Ella. The divorce came after the now-businessman cheated on his wife with a Las Vegas dancer, among other extramarital affairs. After that breakup, the former baseball player dated actresses Kate Hudson and Cameron Diaz.

A-Rod, as Rodríguez is called in the sports world, went through the great teams, such as the New York Yankees and the Texas Rangers. He stood out for his good game and his bad temper on the field. In 2014, he acknowledged under oath to having doped during his time with the Yankees. His testimony to the US Drug Enforcement Agency (DEA) was part of a larger investigation and gave him immunity. After abandoning his sports career in 2016, he has dedicated himself to building his empire with his company A-ROD Corp. He also has a television career as a sportscaster for Fox and ESPN and has participated in several reality shows.

In the professional field, Jennifer López is going through one of the highest moments of her career. The 40 million albums sold and an increasingly compelling filmography back it up. Last year she did a show with Shakira at halftime at the Superbowl that brought critics to their knees and millions of viewers on their feet, and in January she was responsible for singing the anthem at Joe Biden’s inauguration. Two events that measure the influence and popularity of an artist. She put both together in one year, leaving the Latin brand in style.

Jennifer López and Alex Rodríguez would have ended their relationship