Javier Milei: ‘If we make a good choice we could leave Kirchnerism in third place’ 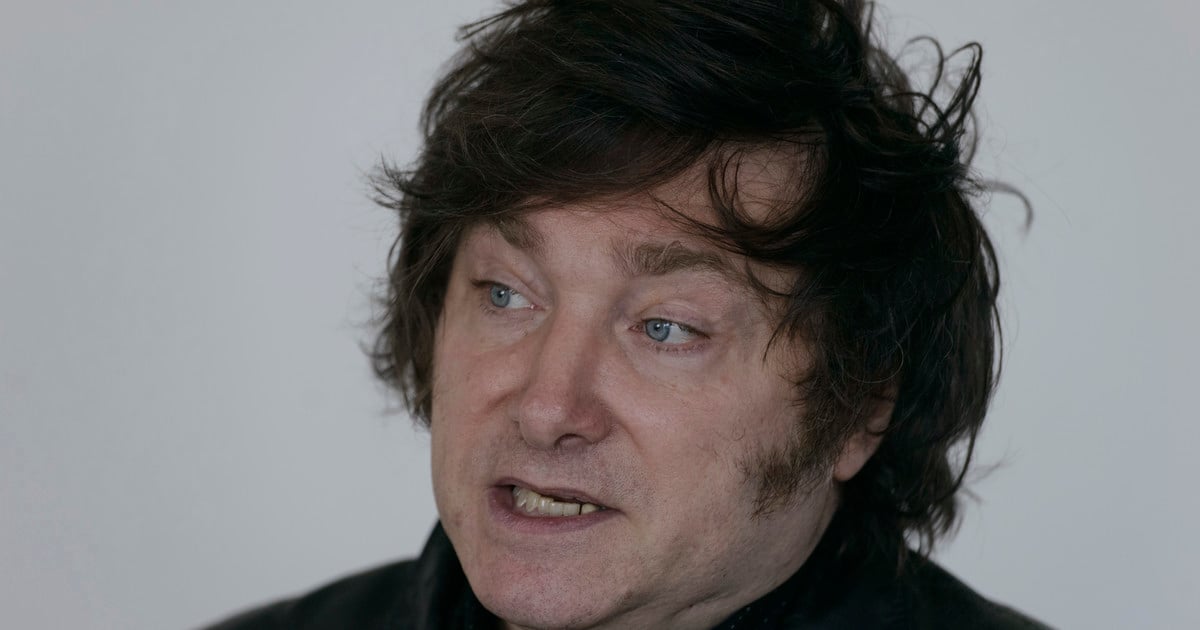 The ultra-liberal economist Javier Milei was one of the surprises of Sunday’s primary elections. Although good results were expected for his race for a seat of Representatives with the La Libertad Avanza coalition, he obtained more than 13 percent of the votes. It is much more than he expected because he left him as the third force in Capital.

Always incendiary, media especially before the television cameras, Milei is another when, with the graphic press, he takes time to make his reflections and proposals of the Libertarian movement, deeply anti-communist, and now anti-Kirchner, but also critical of a sector of Juntos por the change. Milei gave an interview to Clarín with her candidate for legislator for the City of Bueno Aires, Ramiro Marra. It was a charming office in Puerto Madero, which at the reception carries a sign of the stock market company, Bull Market brokers, run by Marra.

What is the scope you see of the libertarian vote?

In principle, what is seen very clearly is that the liberal vote in the Federal Capital represents 25 percent and that if the liberals, let’s say, decide to align themselves in liberal solutions, we would already be in a position to push Kirchnerism to third place in the Capital Federal and that in this way the withdrawal of what is the political movement that has done the most damage to Argentina in all its history, which is Kirchnerism, is already beginning.

You speak more of liberals than of libertarians as before. Does that mean that there is a possibility of an alliance with other political forces?

Not that we are talking about an alliance right now. Specifically, what we are talking about is that the votes showed that 25 percent of the citizens of the Federal Capital have chosen for a liberal option and that from my point of view, they could not be communing in a space, say, a social democratic led by Social Democrats and where in a list of the top ten places, nine clearly have left leanings. Hard socialism is not removed with socialism and good manners. A tough socialism and that of good manners is only removed with liberalism.

Would the Social Democrats be the radicals and also Horacio Rodríguez Larreta?

The radicals are the socialist international. Therefore, they are socialists. The Civic Coalition is even further to the left and in the case of the wing of the doves of Together for Change, of the PRO, they are clearly a social democratic expression. It would be like in the United States the line of the Democratic Party closest to Bernie Sanders (a senator from the American left). If you take any speech from (Hugo) Chávez, both Vidal and Horacio Rodríguez Larreta, if you do not tell him that it is from Chávez, they would sign it … If people are open to listen and focus on ideas as a basis, we may be making a great choice and to be fighting second place to Kirchnerism. We could leave Kirchnerism in third place.

How did they get into Villa 31 where they got a good amount of votes?

Javier Milei with Ramiro Marra, during the interview with Clarín. Photo: Andres D’Elia

What will be your first proposals as a Deputy, Milei?

The first thing it would try to do is promote the reform of the State’s financial administration. That opens the door not only to the possibility of going to a project on the rationality of diets, but it also allows you to go against the public works system. One of the things that I am also proposing is to eliminate public works to go to a Chilean-style private initiative system. That is a very strong mechanism to eliminate corruption, for example. It is also necessary to advance on the issue of tax sharing. In other words, the system has lost all kinds of fiscal correspondence and is creating a disaster in terms of who are the spenders and who are the payers. And ultimately also eliminate the Central Bank.

And what do you think of youth banners such as the decriminalization of abortion, equal marriage or that each one defines their gender?

I have a clear position against abortion. It is based on a foundation of liberalism. It is strict respect, the life project of others, based on the principle of non-aggression and the recognition of three rights: the right to life, liberty and property. Therefore, there is a first question of a philosophical nature. Because it has to do with the definition of when life begins. Biologically, life begins at the moment of fertilization. The second point is the issue of equal marriage. My problem is neither with that, nor with the private contract or anything. What I’m saying is that the problem is that the state gets into marriage, that is, and that is regardless of the gender of the people in mind. It is wrong (it refers to equal marriage) because it is one of the things that generates the presence of the State in the marriage contract, regardless of how the bond is.

Javier Milei, with euphoria in his electoral bunker on Sunday night, after knowing the result of the primaries. Photo Martin Bonetto

And with the question of freedom to choose gender?

Back. You can feel what you want. That is, if you perceive yourself as a kangaroo, let’s say, I don’t have any kind of problem. What seems wrong to me is that the repressive apparatus of the State is used to demand that another human being have to accept it like this, do you understand me?

What is your opinion of Cristina Kirchner and Alberto Fernández. You rarely name her and the target of your criticism is Rodríguez Larreta

That is not true. I have criticized them very harshly. I even have books criticizing Kirchnerism and it seems to me that today or not it should be the center of the attack, because it is not she who is managing. In other words, it seems absurd to me that we should go to a criticism about someone who is not managing, but she is the head of the space and who has the power in the ruling coalition … Let’s see … what I think is that Argentina has a tremendously presidential political format. Alberto has the pen. Now, if Alberto later doesn’t know how to use it, he doesn’t want to use it, he can’t, I don’t know what it was, it’s Alberto’s problem first. First point, second point does not make Cristina, she has not made, let’s say, explicit, her positions. When economists linked to it appear, who make certain reflections and which seems nonsense to me, I say it publicly. In fact, very recently I have debated with Fernanda Vallejos.

With your political growth, many wonder if you are already excited about a race for the Presidency. Do you want

It seems to me that we have the anxiety issue. It is not my problem, it is someone else’s problem.

What do you answer to those who accuse you of being financed to get votes from Together for Change?

The question is, do we see that we have a campaign, let’s say it is a huge deployment of twine, right? Or does it give you the feeling that it is hyper austere and that actually the central axis was social networks? We do hikes. We went, we made direct contact with people. In other words, not only what we did in this campaign was put the body on him. So there is a part that has to do with our exposure in the media. Both Ramiro and I had media exposure prior to this. In other words, that is not networks, that is not new. I understand that certain structures must find it very painful and irritating that while we are walking, suddenly we have to cut the street because there is a block full of people, for example, as happened in Palermo; and not even with public employees who force them to fill ten meters in a block.