Jasmila Žbanić: “The massacres in Bosnia are part of the history of Europe, although many politicians do not want to see it” 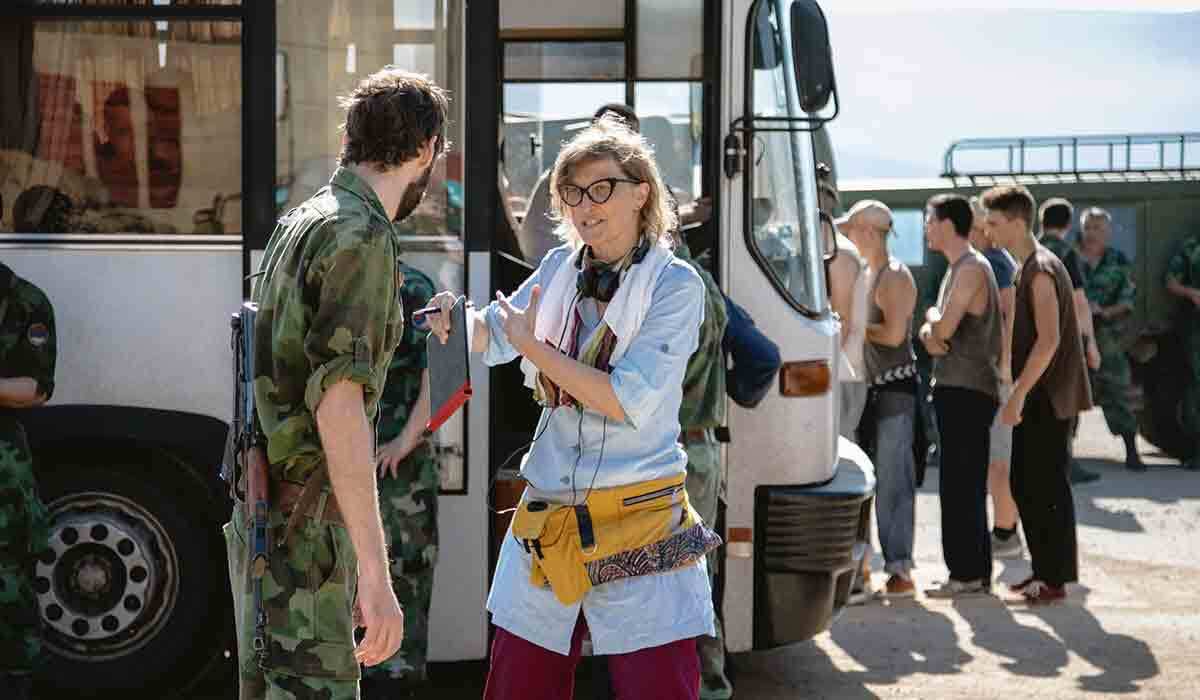 Jasmila Žbanić was 17 years old, and a happy adolescence, when the siege of Sarajevo began during the Balkan war. Today he is 46, a Golden Bear obtained for his first film, Grbavica (2006), and with his fifth fiction feature film, Quo Vadis, Aida? which opens in Spain this Friday, has won two Bafta nominations, another for the Oscar for best international film and the Spirit award for independent cinema in the same category. “The trophies are used for publicity, that’s good, it increases the echo,” he laughs. “Cinema has the power to change people. I am optimistic”. Really? “Yes, movies can put you in someone else’s shoes, reach your soul and make you understand very different ideas. I myself have changed after watching films like Lawrence of Arabia ”.

Quo Vadis, Aida? illustrates one of the massacres of the Balkan war, the one committed by the Serbs against the Bosnian civilians of Srebrenica. In July 1995, the army under the command of Ratko Mladic – sentenced in 2017 to life imprisonment for genocide – entered the city, declared by the UN a safe zone under the protection of 400 Dutch blue helmets, and murdered more than 8,300 Bosnians, most of them captured among the 25,000 who were at the gates of the international camp asking for protection. Mladic’s troops separated men and adolescents from women and children, shot the first group and buried them in mass graves. As the biggest ethnic massacre on European soil since World War II was being committed, the blue helmets simply left. Aida, the main character of the film, is a translator who works for the international troops and who will try by all means to save her husband and her two children, in their twenties. Aida is fiction, the rest of what was shown happened and is based on trial transcripts and eyewitness accounts.

The film closes a life cycle for Žbanić, whose thesis focused on mass graves. “At that time I made a documentary – I had no money to make a fiction – about something that seemed incredible to me that was happening around me: that people found their loved ones in those communal tombs,” he recalls in a telematic interview. “That pain of the survivors haunted me to the point that for years I thought about the movie I could do.” More than 1,000 bodies remain undiscovered from the massacre in Srebrenica, a city which, after the partition of the former Yugoslavia, is located in the Republika Srpska, the Serbian part of the State of Bosnia and Herzegovina. “Local politicians use all their tools to hinder the search,” he says, “without caring about family members.” That is why he preferred to shoot a fiction film rather than a documentary. “The audience thus has a very human, very personal perspective. The protagonist is a mother who fights to save her husband and her children ”.

What would the EU do today? Again I fear the worst. Because 20 years ago fascist speeches like the ones you hear now were not allowed in public “

Although the blue helmets directly handed over 350 Muslim refugees to the Serbs, in the film the criticism goes not so much to these soldiers as to the politicians who led them. “The UN is a good idea if it is run well”, reflects the filmmaker, to underline another institution tainted by its behavior in the Balkan war: the European Union. “The EU behaved in a… very strange way within the UN. And they didn’t lift a finger. What would the EU do today? Again I fear the worst. Because 20 years ago fascist speeches like the ones you hear now were not allowed in public. The EU did not stop the war in my country, and has allowed these groups to grow ”.

In this distancing from the politics of a geographically indisputable fact, that Bosnia is in Europe, statements like the one heard in the last delivery of the European film awards, when it was said that the continent had been without war conflicts for 70 years, did not help either. “On the one hand it hurt, on the other it doesn’t shock me. They have always made us feel strange, like expelled from Europe. The massacres in Bosnia are part of the history of Europe, although many politicians do not want to see it ”.

For Žbanić, the film has been a five-year budget-seeking effort, and he welcomes the commitment of the actors – some Serbs, who have been attacked by the local press – and the crew. “The filming was done in 42 days, we had to coordinate many schedules,” he recalls, and for that reason, without considering it, on July 11, 2019 (anniversary of the massacre) they shot one of the most emotional sequences: “We did it at the same time. first, in an emotional pressure cooker, and there were no forces for a second safety shot ”. He also remembers two other anecdotes: “One day, we rehearsed with the extras how they were going to get on the Serbian buses and trucks that were transporting them to certain death, and one of them pointed out to me: ‘That way they wouldn’t put us in’. He was a survivor, and of course, we filmed him as he told us ”. On another day, two women were hospitalized after suffering anxiety attacks when they were recorded by actors who played Serbian soldiers.

Now, the filmmaker needs to separate herself a bit from the darker events of recent Europe. “I am going to accept some of the projects that are proposed to me from the USA”, a country where he worked as a puppeteer before returning to Bosnia to start in the cinema. “I will direct a script written by others. Help me gain perspective. But in the future I want to shoot a movie about the Sarajevo site. I lived it when I was 17 years old, I need to tell it ”.

Hockey Aleksi Saarela, who scored a winning goal for Luko: “This is not enough for anything yet”