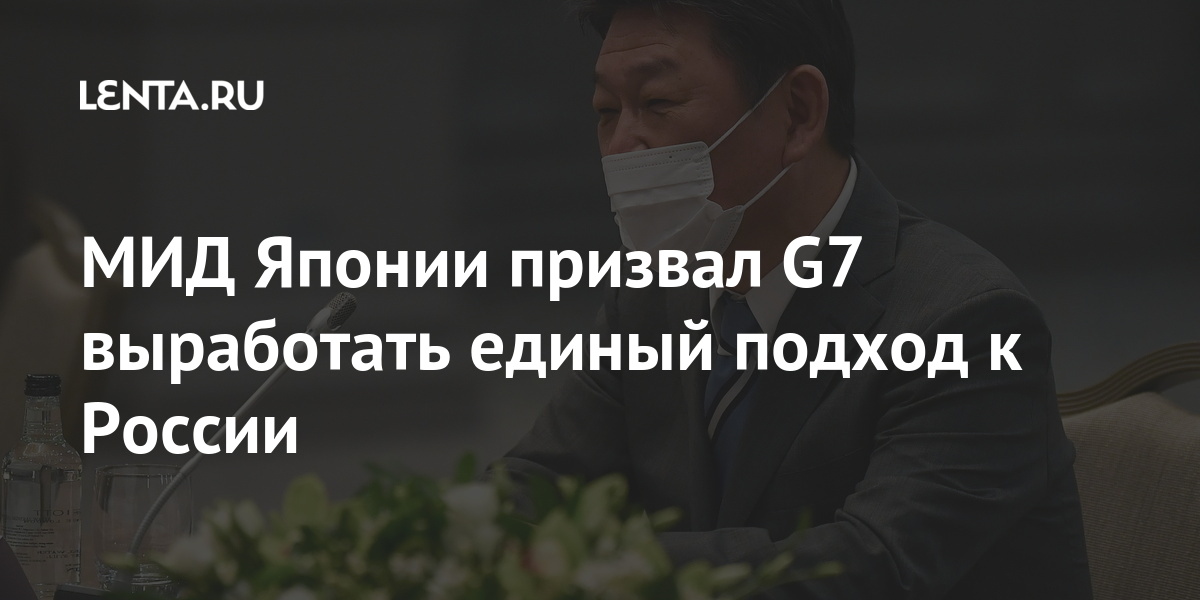 The head of the Ministry of Foreign Affairs (MFA) of Japan, Toshimitsu Motegi, at a plenary meeting of the foreign ministers of the G7 countries called on the community of countries to develop a common approach to cooperation with Russia. It is reported by RIA News with reference to the Kyodo agency.

The meeting discussed, in particular, the aggravation in relations between Russia and Ukraine. In addition, the ministers paid attention to a number of issues related to China, in particular, human rights problems in the Xinjiang Uygur Autonomous Region.

Earlier it was reported that the ministers of foreign countries of the “Big Seven” (G7) during a meeting in London spent an hour and a half discussing Russia. The discussion took longer than the issues of Afghanistan or Syria, and was caught up only with China.

Storming the Tower of London