Japanese billionaire returning from space: I made up for my food deprivation with sushi 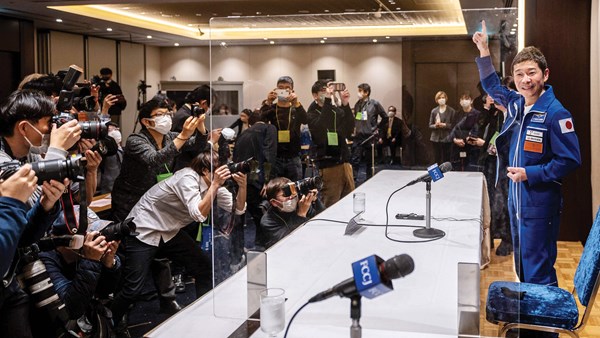 A Japanese billionaire who recently visited space, Yusaku Maezawa, 46, stressed that his trip made him feel “a greater appreciation” of the planet, seasons, winds, smells, and other things he missed in space. Maezawa spent twelve days last December at the station. International Space with his assistant.
He added that food comes at the forefront of the things that the return from space longs for, noting that it is
He brought home a professional chef to prepare a meal of sushi a few days after his arrival.. He announced that his next destinations would include a tour around the moon and a dive in the Mariana Trench.