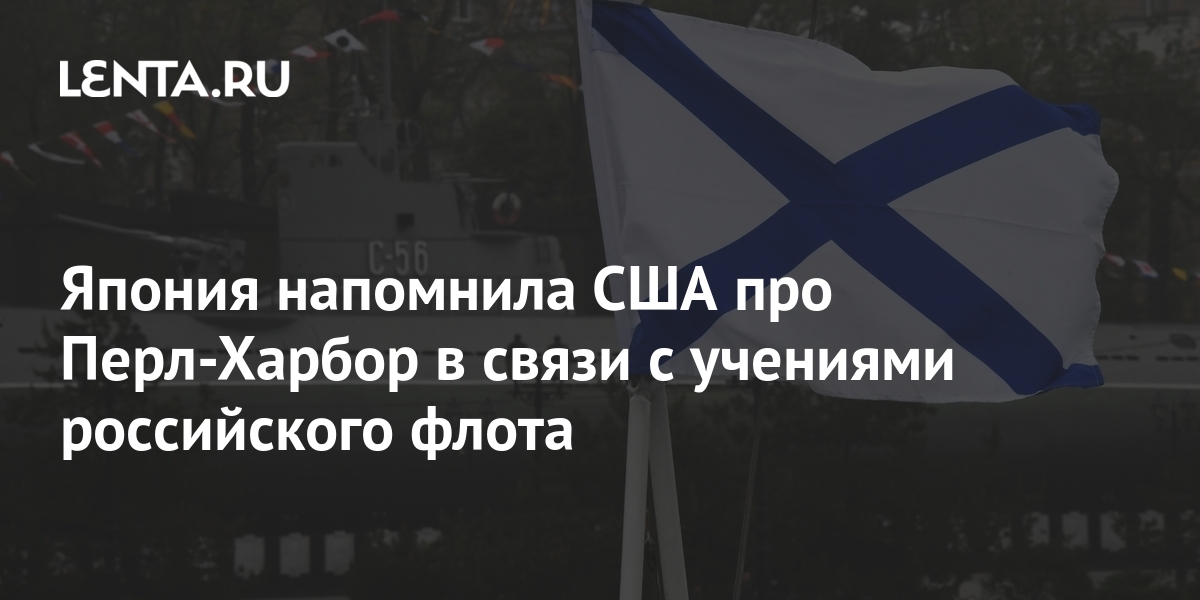 Japanese Deputy Defense Minister Yasuhide Nakayama reminded the United States of the attack by his country’s armed forces on Pearl Harbor on December 7, 1941. On this, on July 3, reports RIA News

According to a senior Japanese military man, he wanted in this way to draw the attention of the United States to the exercises of the ships of the Russian Pacific Fleet in the Hawaiian Islands. For the first time in the history of Russia, ships and naval aviation carry out maneuvers several thousand kilometers southeast of the Kuril Islands ridge. “We expect Russia to carry out its maneuvers without violating international law,” Nakayama said.

Also, the Japanese Deputy Defense Minister called on the United States to pursue a containment policy in relation to China, since its exercises are coordinated with Russia.

On June 24, it was reported that the Russian long-range supersonic missile-carrying bombers with variable sweep wing Tu-22M3 during the exercise “sunk” the aircraft carrier in the Pacific Ocean. On June 30, Japanese Defense Minister Nobuo Kishi became worried about the actions of the Russian military on the Kuril Islands, in particular on the island of Kunashir.