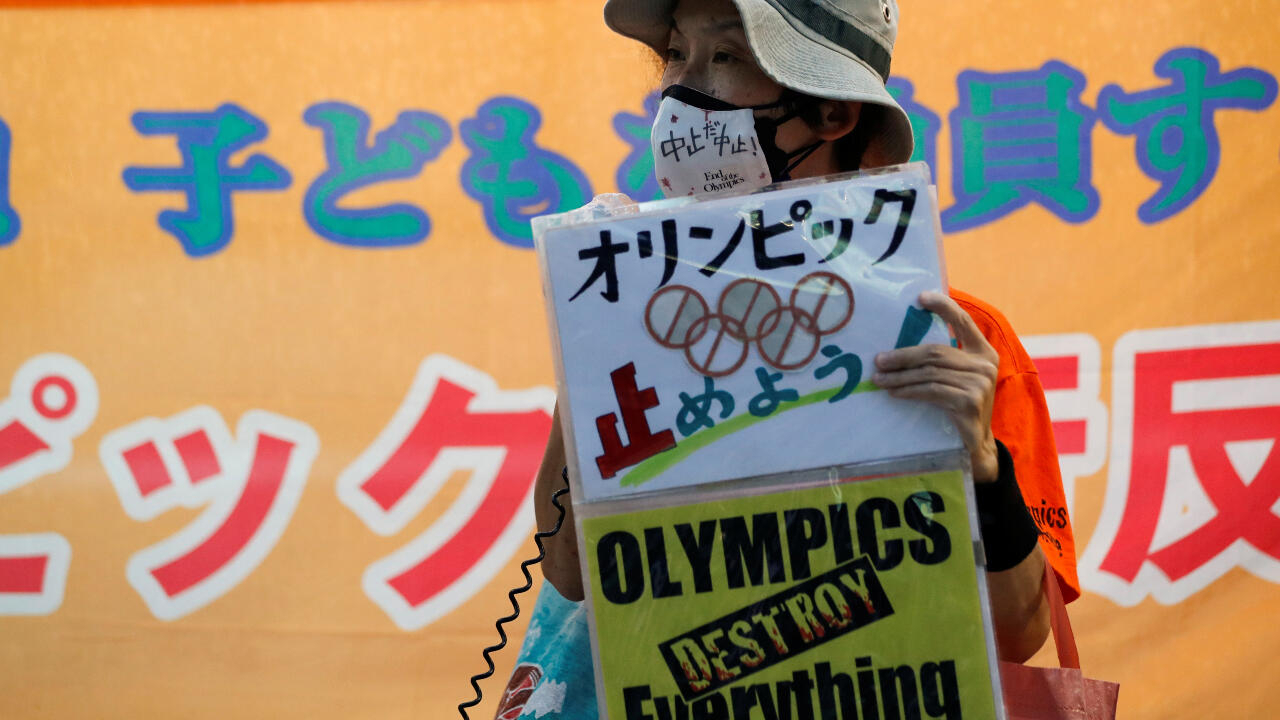 Prime Minister Yoshihide Suga announced the decision this Thursday, July 8, due to increases in Covid-19 infections in the capital. The sporting event, which starts on July 23 and will run until August 8, will be crossed by the measures. The organizers are preparing to ban fans from the venues.

“Taking into account the effect of the variants of the coronavirus and in order not to let the infections spread again to the rest of the nation, we have to strengthen our measures,” Japanese Prime Minister Yoshihide Suga announced this Thursday, July 8. “Given the situation, we will issue a state of emergency for Tokyo,” concluded the president.

The measure will take effect next Monday and will be in effect until August 22. The Tokyo Olympics, postponed one year due to the pandemic, will begin on July 23 and end on August 8. The president of the International Olympic Committee, Thomas Bach, arrived in the country on Thursday and will lead a conversation with the organizers of the jousts and the local and national authorities. The local newspaper Asahi, one of the most respected in the country, anticipates that the organizers will ban all fans from the event.

The outbreaks in Japan have not been of the same magnitude as in other parts of the world. So far, the country has around 810,000 Covid-19 cases and at least 14,900 deaths from the virus. This Thursday, Tokyo reported 896 new infections, a figure similar to those reported in mid-May. On Thursday, Prime Minister Suga claimed that coronavirus infections were spreading in Tokyo due, in part, to the Delta variant of Covid-19.

Only a quarter of the population has received at least one dose of the Covid-19 vaccine and with this slow vaccination process, experts and medical associations in the country have been calling for the cancellation of the Olympic Games for several months.

“I certainly endorse the ‘non-bystander’ measure,” says Professor Yuki Furuse, a researcher at Kyoto University who works with the Japanese government think tank. “But the worries will never go away as long as we have a great event like these games, hand in hand with the holidays and the holiday season,” he added. Recently, Furuse predicted that infections in Tokyo could reach 1,000 a day in July and 2,000 a day in August, which could push the capital’s hospital capacity to the limit.

Emergency measures against the coronavirus are much less stringent than the lockdowns imposed in other parts of the world. They include limiting the sale of alcohol and forcing bars and restaurants to close early. But the restrictions also target cultural and sporting events, which affects the heart of the event in Tokyo.

Some sources told Reuters that sponsors were lowering the bar or taking down some alternate events, such as toasts or receptions, frustrated by the “last minute” decisions of the organizers. As a prelude to last-minute measures, organizers on Wednesday presented sponsors with other options for spectators at the event, people familiar with the situation told Reuters.

The absence of spectators would further affect the budget for the Olympic Games, estimated at about $ 15.4 billion. Without the box office revenue, about $ 815 million would be lost.