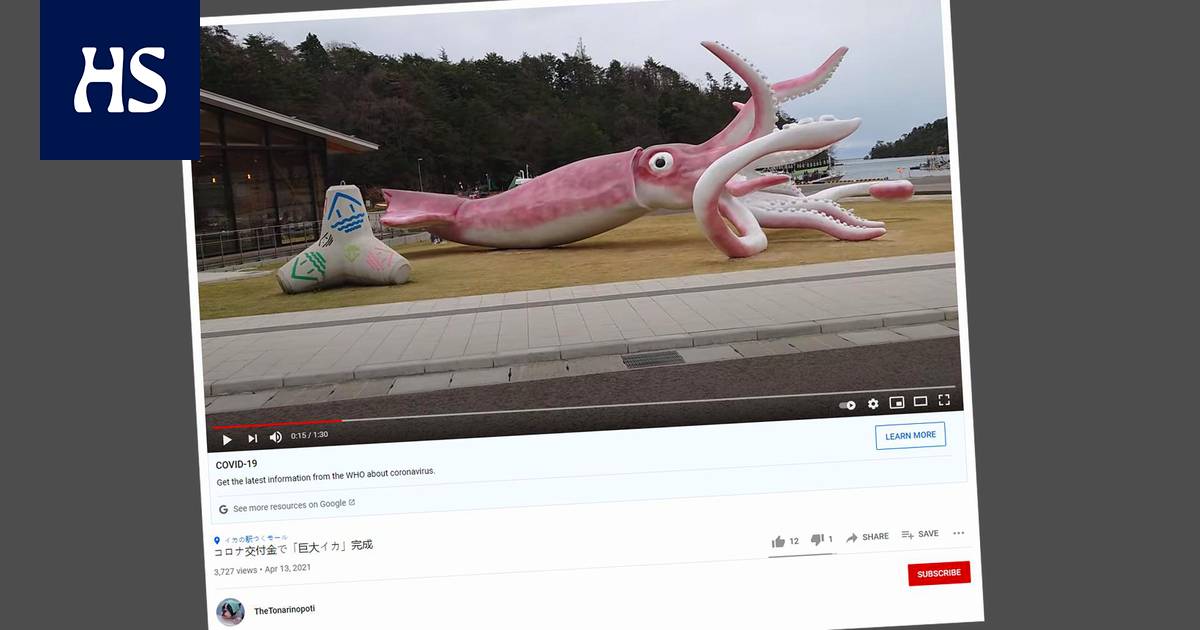 According to decision-makers in the city of Noto, the 13-meter statue is part of a long-term plan to attract tourists back to an area known for its squid.

In Japan the small coastal town of Noto invented a more than average creative use for its corona subsidies and built a huge squid statue in the harbor. The case is reported by, among others, the British Broadcasting Corporation BBC as well as a Japanese newspaper Chunichi Shimbun.

According to decision-makers in the city of Noto, the 13-meter statue is part of a long-term plan to attract tourists back to an area known for its squid. Noto is located on the central west coast of Japan in Ishikawa Prefecture.

About 25 million Japanese yen, or about 190,000 euros, was spent on the squid statue from the support fund. The purpose of state support is to help regions recover financially from the coronavirus.

However, some of Noto’s residents have questioned whether the squid statue was the best way to support the region’s economy.

“In the long run, the statue may attract tourists, but the money could have been used for immediate support for coronary health workers and long-term care facilities,” a local woman told Chunichi Shimbun.

In Japan the number of corona infections has risen alarmingly since mid-March and strict restrictive measures are in place in Tokyo, for example. The pandemic has also affected the country’s tourism, and foreign guests, for example, will not be admitted to the next summer’s Olympics, for example.

A total of about 610,000 cases of corona and about 10,400 deaths due to covid-19 disease have been reported during the pandemic in a country of 126 million people. As early as the beginning of March, less than a thousand infections were detected daily, but at the turn of April-May, about 5,000 daily infections had already been reported.