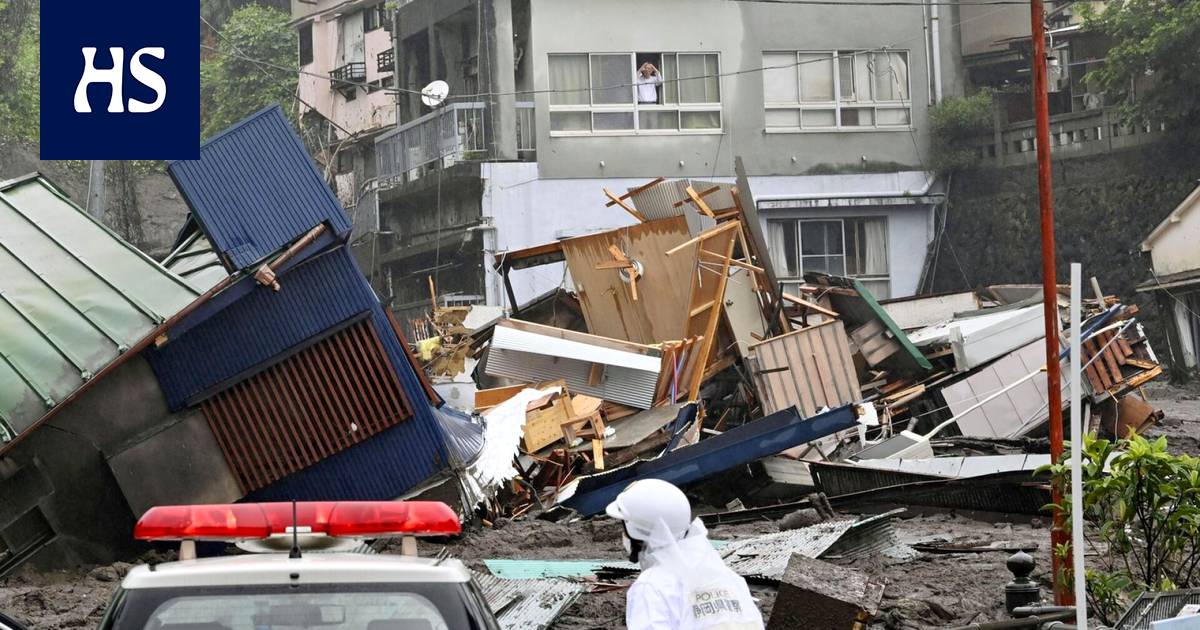 The local government has requested military assistance for the rescue operation.

In Japan twenty people are missing as a result of a landslide caused by heavy rains. In addition, the landslide shattered and buried houses in the Shizuoka area on Saturday. The news agencies Reuters and AFP, as well as Japanese broadcaster NHK.

According to Reuters, the rescue forces of the Japanese Defense Forces were sent to the center of Atam in Shizuoka after at least 20 people were reported missing.

According to a city official, the landslide occurred at about 10:30 a.m. AFP says the Tokyo Electric Power Company (TEPCO) said there were more than 2,800 homes in the area without electricity.

According to the AFP, the local government had requested military assistance for the rescue operation.

A resident examined the situation from a window in the city of Atam on July 3rd. Picture: Kyodo News

Heavy rains caused a flood of mud in the city of Zush in Kanagawa Prefecture in eastern Japan. Picture: Kyodo News

In the great part of Japan is undergoing a rainy season that is causing floods and landslides. As a result, local authorities have had to issue evacuation orders. According to AFP, bullet trains between Tokyo and Osaka were suspended due to heavy rains.

According to NHK, authorities warn that more landslides and floods may still be known.

According to AFP, the Japanese broadcaster says the rainfall in the city of Atam was 313 millimeters in 48 hours, compared to an average of 242.5 millimeters per month in July.