Japan aims to be twice as clean 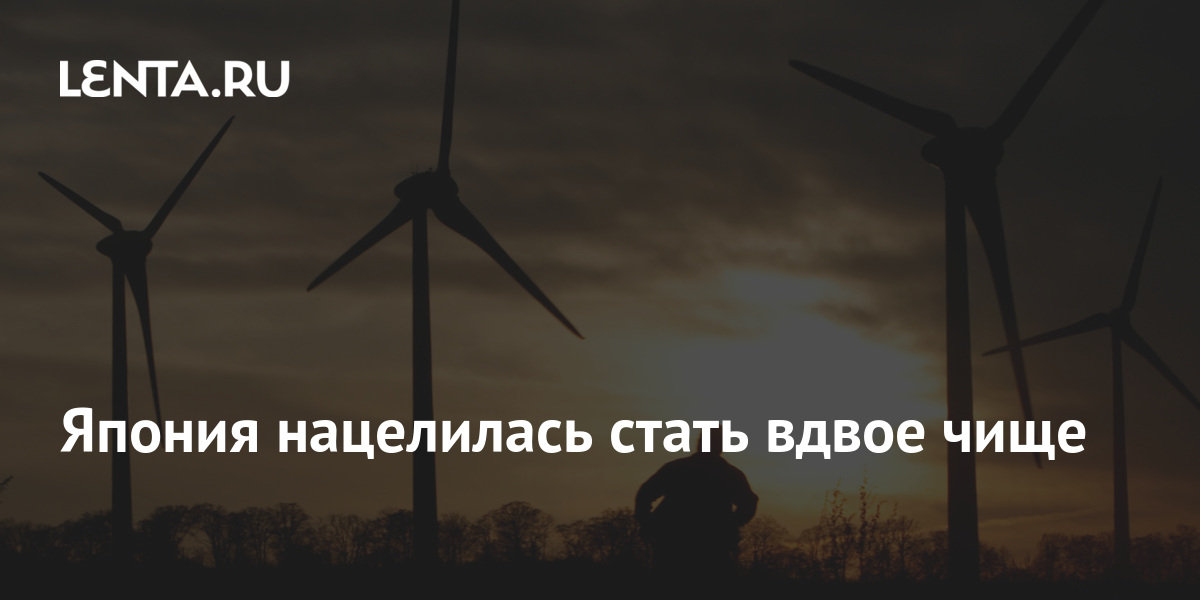 The Japanese government has announced large-scale reforms in environmental policy. By 2030, the country plans to double its share of renewable energy production, informs Reuters.

According to Japan’s revised energy strategy, renewables are expected to provide 36-38 percent of the nation’s energy supply by 2030. In 2020, the rate was 18 percent. Businesses will have to cut their coal use from 26 percent to 19 percent over the next decade.

The draft energy reform does not mention the construction of new nuclear power plants or their replacement. Japan seeks to reduce its dependence on nuclear energy (now its share in the structure of the energy sector is 20-22 percent) by increasing the capacity of “green” sources.

Natural gas, which Japan imports, will make up the majority of fossil fuels in energy consumption by 2030, but its share will decline from 56 percent to 41 percent. Climate change is becoming urgent, a spokesman for the industry ministry said. When the current plan to reduce emissions, taking into account the new strategic goals, will be finalized, the authorities did not say. Traditionally, the country adjusts its energy program every three to four years.

In mid-July, the UN prepared a new draft of the world convention on the conservation of the planet’s biological diversity. The countries of the world are planning to set more than 20 tasks that will affect not only large producers, but also the individual consumption of people. Priority will remain areas to reduce the use of plastic and switch to renewable energy in the form of wind, solar, biofuel and other plants.