Srinagar
In Kashmir, a policy is being made for the youth to go in the path of terror and bring the gun back from that path to be included in the mainstream. The Indian Army has drafted a Rehabilitation Policy for them which has been sent to the Government. According to the Army, some changes are expected from this policy.

Lt. General BS Raju, Commander of the 15th Corps of the Army, which looked at the entire Kashmir, said that the policy draft has been sent to the government but has not returned yet. I constantly tell people whether there is a policy or not, but we will take whatever steps are necessary to bring people back from the path of terror. If the policy comes, it will be good. This will give us more strength and we will be able to speak about it and offer them to come back in a formal way about their rehabilitation.

He said that there is a policy in place but it is more for those who had moved to Pakistan before 2007 and were then allowed to return. A large number of people also returned. This new policy is for those who have taken up arms inside the valley. We are working on it. Lt Gen Raju said that it would bring some changes. The key for me is that I will be able to speak about it and will be able to propose the return in a more formal manner. It has to be approved by the Home Ministry. It is currently between the Ministry of Defense and the Ministry of Home Affairs.

Focus is on surrender
Lieutenant General BS Raju said that our effort is to bring back the youth on the path of terror. We have also been successful in bringing people back during the operation. Many families are now coming forward who are asking their children to go back on the wrong path. He said that we will work more on surrender (surrender) because it is more important to bring back our people than to kill them. He told that now many times the family members come and meet us and tell that their child is meeting the wrong people. The local company commanders then approach them and try to explain. Also advises parents. Many times we have been successful in preventing them from going wrong. We also explain to those who have joined the terrorists, come back, pick up the gun and get photographed, it does not mean that you have to die. Many people have come back, about whom we do not say much for security reasons.

OGW also on army radar
Lieutenant General Raju said that the Over Ground Workers (OGW), who help the terrorists, are also on our radar and we have been given different messages from our side that this path will not take you anywhere. He said that we have been successful in keeping the number of terrorists under control in Kashmir. Currently there are around 200-210 terrorists active, which was about 260 at the beginning of this year. There is a continuous infiltration effort from Pakistan, but the army has been very successful in stopping the infiltration of terrorists. 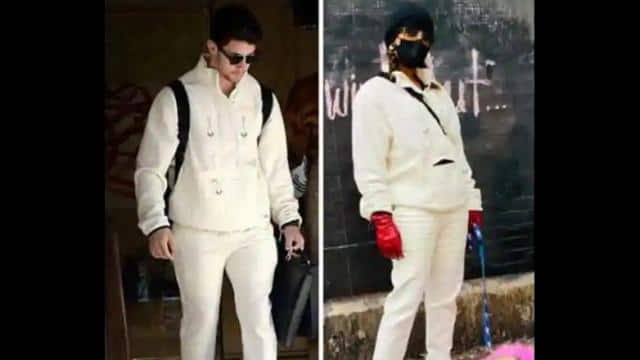 Coronavirus Mimosa Hedberg was taken over by disbelief in Nepal – She had been in home quarantine for two weeks alone, but the coronavirus test was positive