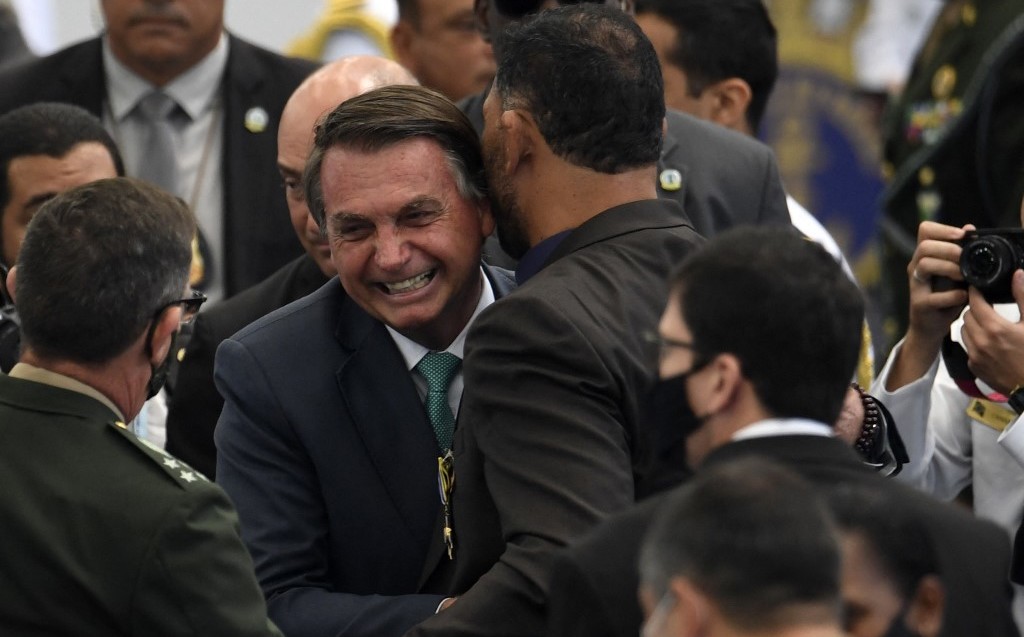 The president of Brazil, Jair Bolsonaro, today sanctioned a law approved by Congress that revoked security regulations in force since the military dictatorship, but vetoed an article that sanctioned the spread of fake news, just when he It is the subject of an investigation opened by the Supreme Court precisely on the massive spread of untrue information.

The case for which the Bolsonaro is related to spreading false information in relation to the electronic voting system that Brazil adopted in 1996, on which it affirms that it is “fraudulent” despite the fact that it admits not having how to prove it.

According to the Brazilian government’s explanation for vetoing the article, it is based on the fact that the text approved by Congress does not properly clarify if only the person who “generates the information” will be sanctioned or also those who, in the case of social networks, share and replicate it.

The new legislation, approved in Parliament last month, repealed and supplanted the so-called National Security Law, imposed in 1983 by the military regime and used by the dictatorship to persecute opponents.

The text approved in the chambers also typified crimes against democratic institutions and the so-called attacks on sovereignty, such as treason, espionage, attempted coup, interruption of the electoral process, violations of the right to free demonstration and the “mass dissemination of false news.”

Bolsonaro, an Army reserve captain and leader of a far-right nostalgic for the dictatorship, opposed this initiative, but still approved most of the text, with the exception of false news and increased penalties for the military or police who violate the rule of law, which are also vetoed.

In the latter case, the government argued that this increase in penalties could inhibit the repression of “violent demonstrations” and, furthermore, to censor the “free manifestation of thought emanating from more conservative groups” of the Armed Forces.

The vetoes will now be scrutinized by Parliament, which, as has happened on other occasions, can overturn the decision of the ruler to restore and sanction the original text.

On August 10, when the new law was approved, the president led an unusual parade of military armored vehicles in front of the presidential palace, which many interpreted it as “pressure” on Parliament, which that same day rejected a government project for the reimplantation of the printed vote, along with the electronic one.

The sanction of the new law, with the aforementioned vetoes, occurs at a time when Bolsonarism reinforces the call for massive demonstrations scheduled for next September 7, coinciding with the Independence Day of Brazil.

The most radical groups They urge a “military intervention” to shut down Parliament and the Supreme Court but keep Bolsonaro in power, who has tried to tone down those calls and asks to demonstrate for “freedom” and in defense of “conservative values” such as “family, private property and God” .

Parliamentarians and entities file a ‘super-request’ for impeachment