Jair Bolsonaro, Nicolás Maduro, Daniel Ortega and Miguel Díaz-Canel are on a list of ‘predators of press freedom’ 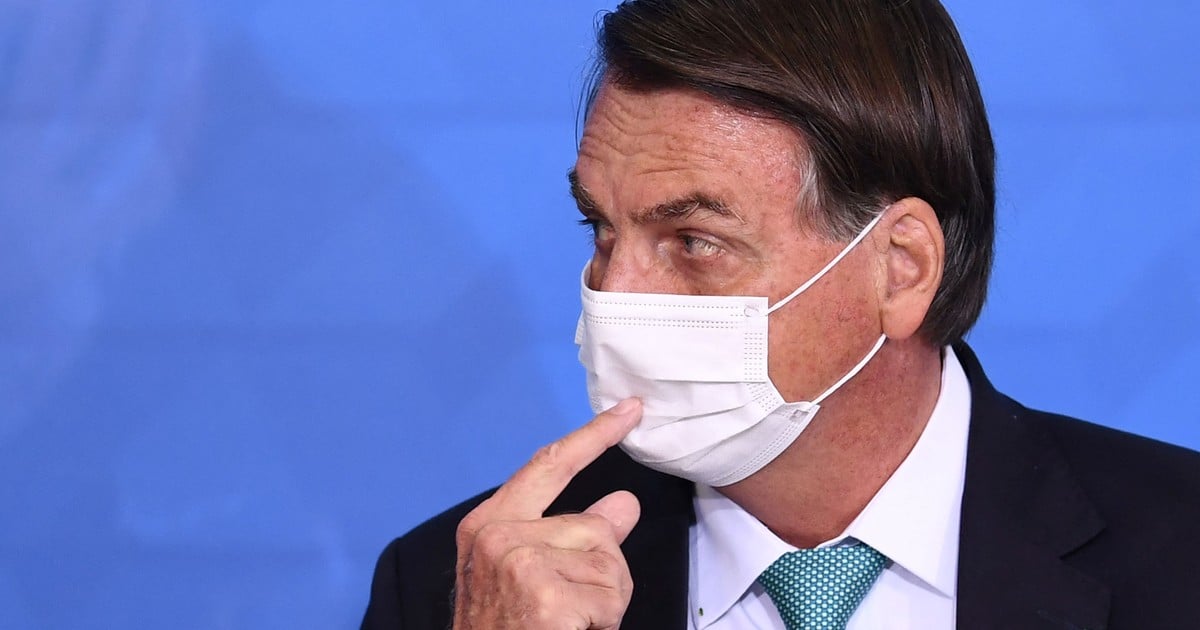 Jair Bolsonaro, Nicolás Maduro, Daniel Ortega and Miguel Díaz-Canel are the four Latin American presidents who were included in the list of 37 first leaders “predators of press freedom” published on Monday by Reporters Without Borders (RSF).

The payroll includes leaders of autocratic countries, like the crown prince of Saudi Arabia, Mohamed bin Salman, but also from other formally democratic.

In the list, which updates the previous one from 2016, RSF includes a total of 37 “tyrants” from around the world to those who reproached “a massive repression of freedom of the press.”

Maduro, whose regime raises open censorship and even expropriated the media in Venezuela, is the one that has been on this regrettable list for the longest time among those of our continent, since it has been on it since 2013.

Nicolás Maduro, another president who does not respect press freedom

Bolsonaro and his “vulgar threats”

Bolsonaro, president of Brazil, was included for his action since his arrival to power in 2019 towards the media, which according to RSF is characterized by insults, humiliations and “vulgar threats”.

Since then -he points out- “the work of the Brazilian press has become extremely complicated”, since for him “it is useless” and it is nothing more than “rumors and lies permanently”.

The organization reproaches Bolsonaro for his “warlike and foul-mouthed rhetoric”, which is amplified by people around him and by “an organized base”, since his voters and robots amplify attacks that seek to “discredit the press, from social networks, presented as a enemy of the state“.

The main targets of their attacks are women journalists, political analysts and the O Globo network, which it called “funeral television” because it has been reporting the number of deaths from the coronavirus in Brazil.

According to RSF, last year this media group was the subject of 180 attacks in which he was reproached for wanting to “betray” and “destroy” the country.

Also, remember that the string is threatened of not getting the renewal of its frequency in 2022.

Ortega and his “arsenal of censorship”

Daniel Ortega, with his repressive government in Nicaragua, was noted for his policy of “economic asphyxia” and “judicial censorship” of the independent media.

It was noted that since the beginning of his third term in November 2016, “the independent press lives a real nightmare, constantly oppressed by the Ortega government “and by the Sandinista National Liberation Front.

This has resulted in “threats, persecution, harassment and defamation campaigns, arrests and arbitrary arrests“, or in the so-called Foreign Agents Regulation Law to monitor the media that receive financing from abroad.

Also in “a sordid system of economic suffocation”, with “discriminatory policies in official advertising, in the allocation of radio and television frequencies, with restrictions on the importation of materials necessary for journalistic work, with “abusive” audits, or with pressure on private advertisers.

The organization notes that, with a view to the presidential elections scheduled for November, Ortega “has reinforced his censorship arsenal“with” abusive “legal actions against all his opponents, both politicians and in the media.

According to his analysis, the main victims of the Nicaraguan president’s attacks are the Chamorro family and the private media.

Regarding the first, he refers to Carlos Chamorro, founder of the Confidential information website, and his sister Cristina, creator of the Violeta Chamorro Foundation.

In the case of Cristina Chamorro, a presidential candidate in the November elections, she has been under house arrest since June 3, accused of money laundering.

RSF notes that a score of journalists close to its foundation have also been subject to interrogation and intimidation to close the way to the electoral contest.

Miguel Díaz-Canel in Argentina, the day of the inauguration of Alberto Fernández. Photo Presidency of the Argentine Nation

Díaz-Canel: “Totalitarianism of the Soviet type”

Miguel Díaz-Canel, President of Cuba, was included because of the almost absolute control of information and the repression of journalists who do not follow the official line.

RSF stated that it exercises a “Soviet-type totalitarianism” and that since his arrival as head of state in October 2019, he has maintained the line of his predecessor, Raúl Castro, with “almost absolute control of information.”

For this reason, Raúl Castro had already been classified as a predator in previous editions.

The organization tells how in Cuba radios, televisions and newspapers are subject to a close surveillance by the State and that the Constitution does not even allow the existence of a private press.

Also that journalists who do not conform to the Castro line suffer daily “arrests, arbitrary detentions, threats of imprisonment, persecution and harassment, illegal registration of domicile, confiscation and destruction of journalistic material“.

The main targets of their attacks, according to the organization, are the independent and opposition press, and “all dissenting voices”.

It also notes that the Cuban government intervenes in the coverage of the foreign press by granting accreditations “selectively” and expelling those it considers “too negative “ with the regime.

Viktor Orban, President of Hungary, became the first President of the European Union to make this list, since its creation 20 years ago.

The reason is that RSF considers that since Orban returned to power in 2010 – first as prime minister and later as president – he has not given up in his efforts to attack “pluralism and the independence of the media.”

Starting from his idea of ​​”illiberal democracy”, he has transformed the public radio and television service into “propaganda organs”Already the private media, or has turned them into servants, or has reduced them to silence.

This has been possible thanks to political-economic maneuvers and the purchase of media by some oligarchs linked to his party, Fidesz.

Less surprising that bin Salman has managed to break into this group, considering the concentration of power in his hands since he was named his father’s successor in 2017 and what RSF calls his “limitless barbarism”.

Saudi Arabia – recalls the organization – is “one of the largest prisons in the world for journalists”, and some of them are behind bars without knowing what they are accused of.

Not to mention the case of Washington Post editorial writer Jamal Khashoggi, assassinated and dismembered in the Saudi consulate from Istanbul in 2018.

For the first time in this edition there are two “predatory” women at the same time, including the head of the Hong Kong Executive, Carrie Lam, for behaving like “a puppet in the hands of the Chinese president, Xi Jinping”, in the application of “liberticidal policies against the press” that led to the disappearance in June of the last independent newspaper, Apple Daily, and the imprisonment of its founder, Jimmy Lai.

The other is the Prime Minister of Bangladesh, Sheikh Hasina, who has led the country since 2009 and who with a 2018 law on digital security – always according to RSF – has led to legal proceedings against more than 70 journalists and bloggers.

Seven of the leaders of the organization’s blacklist have been since the first edition in 2001. For example, the guide of the iranian revolution, Ali Khamenei, the presidents of Syria, Bashar al Assad; Russia, Vladimir Putin and Belarus, Alexandr Lukashenko.

Also that of Equatorial Guinea, Teodoro Obiang Nguema, who is the head of state in the world who has been in office for the longest time than Reporters does not hesitate to describe as “a totalitarian dictatorship”, in which the media landscape is almost exclusively limited to the state agencies in charge of disseminating “government propaganda” and where there is no foreign correspondent.