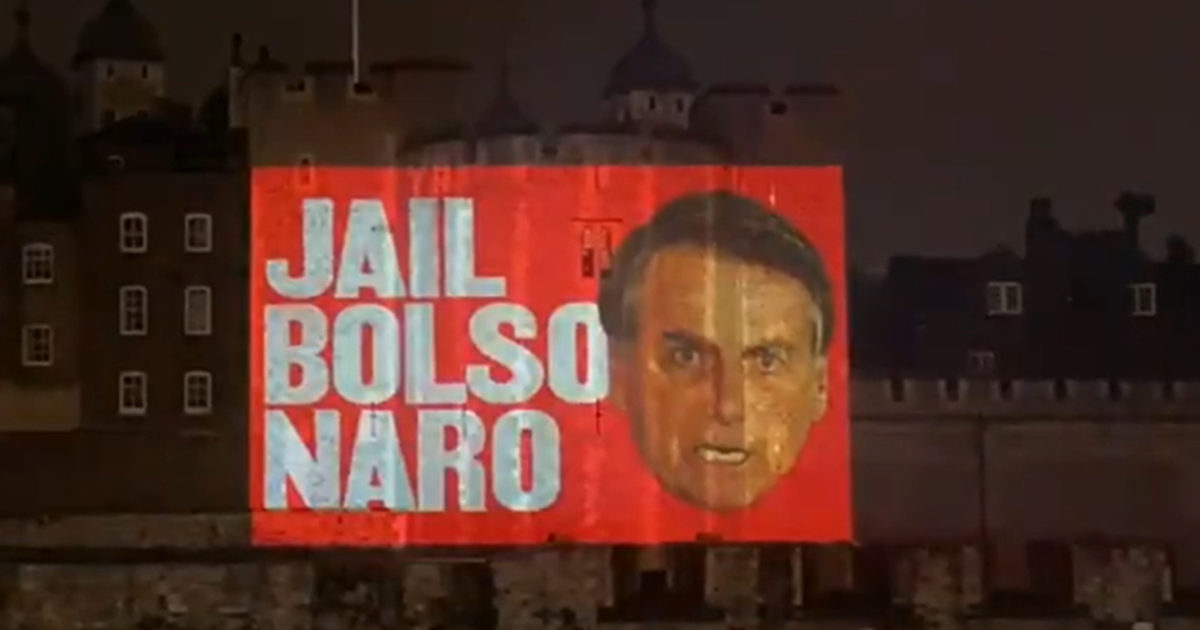 The city of London, England, was the scene of acts against the government of Jair Bolsonaro throughout the entire Saturday (June 19, 2021). During the day, a protest roamed the streets of the capital. At night, protesters projected an arrest warrant for the president in the Tower of London. Brazilian activists joined the British group Projections on Walls to display images of the head of the federal executive accompanied by the words “jail Bolsonaro” and “The Hague Bolsonaro”.

“jail“, in English, means prison. This is a pun on the president’s first name (Jair). The phrase “The Hague Bolsonaro” alludes to the city of The Hague, in the Netherlands. The place is known for housing the International Court of Justice, the Permanent Court of Arbitration and the International Criminal Court, which judges responsible for genocide and massacres, among others.

The symbolism of the choice of the Tower of London to receive the projection also dates back to the use of part of the fortress as a prison in the period from the 15th to the 20th century.

The founder of Projections on Walls, Graeme Furley, confirmed to the power360 the participation of the British group in the act. The information was initially published by journalist Tom Philips, the newspaper’s correspondent The Guardian in Latin America.

“We worked in collaboration with Brazilian activists last night to show our support for the Brazilian people and to echo their call for Bolsonaro to answer for his crimes against humanity at the court in The Hague”, Furley said by email.

The act also featured phrases in Portuguese: “Bolsonaro in jail” and “Fora Bolsonaro”.