Ivan Lendl sells his incredible 10-bedroom, 15-bathroom mansion with his own lake for $ 16 million 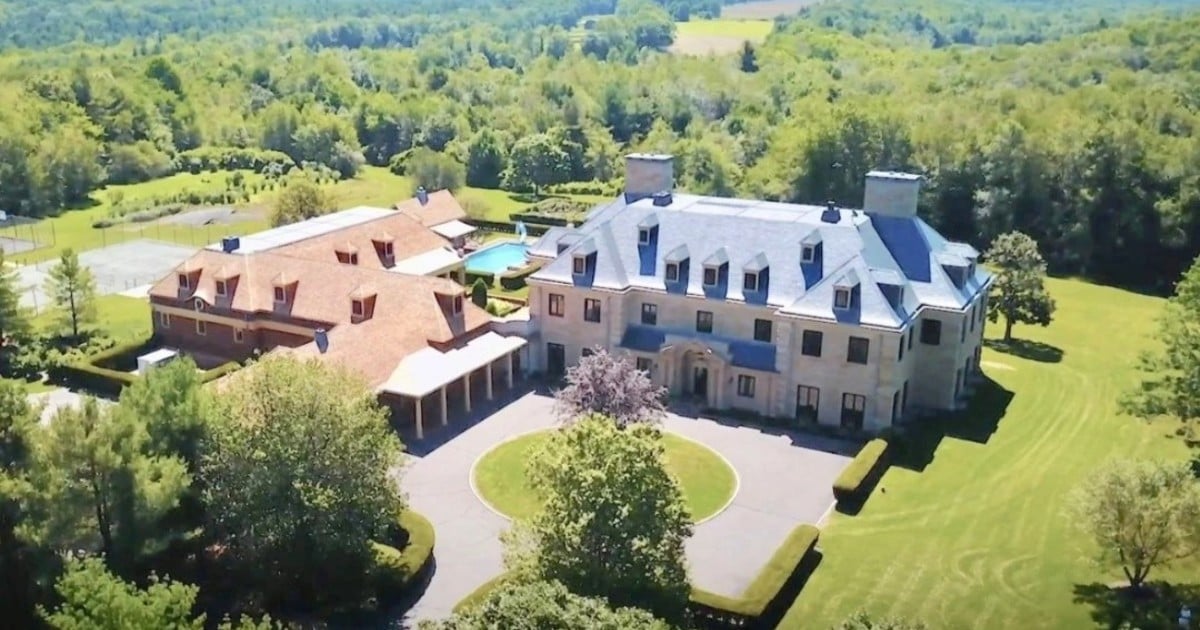 Ivan Lendl is one of the tennis legends. Between 1978 and 1994 he won 94 titles and more than twenty-one million dollars in prizes, quite a fortune for the time. That’s just talking about prizes and without taking into account your other income from advertising, personal investments and, we could add, real estate investments.

It is that, these days, the Czechoslovakian-American crack reappeared in some tabloids because he decided to sell his mansion for a figure that causes shivers: the former tennis player’s house in Connecticut is valued at 16.7 million dollars.

Beyond the millionaire, the situation draws attention since The Sun newspaper leaked the photos of the eccentric property that has 10 bedrooms, 15 bathrooms, its own lake for fishing, a pool and a tennis court, among other luxuries.

A tennis court could not be missing at Lendl’s mansion. Photos: © ANNE DAY PHOTOGRAPHY

The Czech-American won 8 Grand Slams during his distinguished career, including 3 US Open, 3 Roland Garros and 2 times the Australian Open. It is difficult to choose a highlight in your journey, but there is one that takes us to June 10, 1984: that day, the king of tennis of the time fell from the throne. Jon McEnroe reached the final at Roland Garros 42 weeks undefeated. He had never lost that year and neither had he won on Parisian clay. That day he encountered a relentless Lendl and a rivalry that would drag on for years took hold.

Lendl spent 270 consecutive weeks at the top of the world rankings. A tennis legend with more than enough evidence to be remembered over time.

The former tennis player, retired in 1994, started a large family with five daughters: Isabelle, Nikola, Daniela, Caroline and Marika. Perhaps it is the empty nest syndrome or a simple way to capitalize, but, at 61 years old, the man who together with McEnroe gave continuity to a golden age of tennis that started under the command of Connors, Nastase, Vilas and Borg, decided to sell his Mansion.

Lendl earmarked the earnings from his remarkable career for his dream home. And he imagined it in every detail. In addition to the above, the home of the Czech-born has a full gym, an exercise room, 2 dressing rooms, a sauna and a stable with several paddocks to feed an extensive horse.

The 3-story house located in Cornwell, is 3 hours from major cities: Boston and New York. It is built on 445 hectares And as if that were not enough, the view overlooks beautiful countryside landscapes, full of green and with an outstanding fauna and flora. The facade of the mansion is of a classic American in contrast to the interior of the home that has a mega elegant style.

Elegant paintings, rugs, libraries, huge spaces, bathrooms designed with remarkable fine elegance, a room for trophies, chandeliers decorating the environment and no space left to chance define the incredible house that Lendl emerges from today. We’ll see if it gets a buyer.

5 minutes with ... - Esteban Beltrán: "The conditions are not in place for the refugees to return to Syria"

Stopping assassinations … a condition for peace in Afghanistan

Al-Anbari: Sharjah plans for “the sixth” and Igor returns after the “third”