Iv, Renzi also investigated for Abu Dhabi conference. The strange round of money 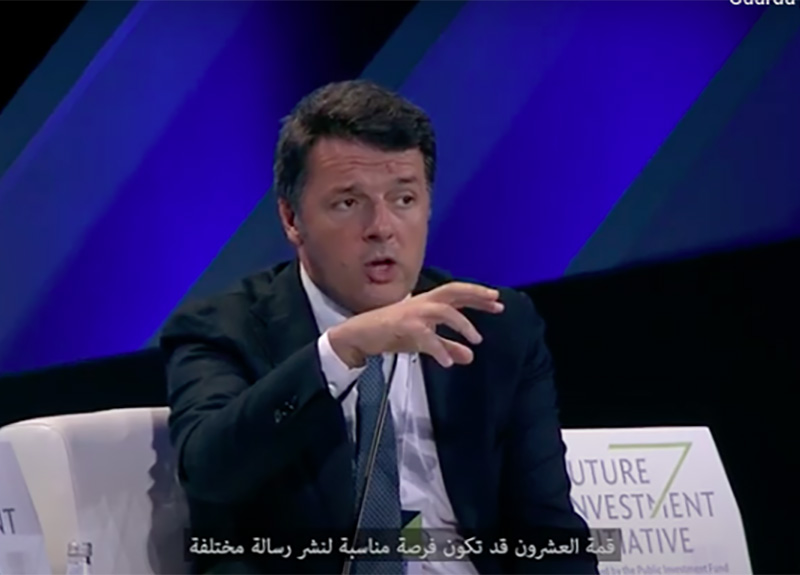 After the news of the investigation by the prosecutor of Rome for illegal financing, for the 700 thousand euros received by the manager Lucio Presta, here is the confirmation of another investigation – according to the press – against Matteo Renzi: the prosecutor of Florence challenges him to issue invoices for non-existent transactions, in relation to the remuneration collected for a conference held in Abu Dhabi. To tell it is Renzi himself, in a passage of his new book, but the story had been known for more than a year. Everything revolves around the approximately 33 thousand euros paid to the former premier for participation in the conference, which took place in the capital of the United Arab Emirates between 9 and 12 December 2019.

The point continues La Stampa – is that the money did not come to Renzi directly from the New York company, but from a small company in Portici, near Naples, which acted as an intermediary. Carlo Torino, owner of the Carlo Torino Associates, is being investigated, in competition with Renzi, in the investigation coordinated by the Deputy Prosecutor Luca Turco, the same that brought the Florentine senator’s parents to trial, accused of fraudulent bankruptcy and false invoicing (forthcoming hearing November 2). Meanwhile, yesterday, Renzi’s mother, Laura Bovoli, was acquitted in another trial for fraudulent bankruptcy, linked to the bankruptcy, in 2012, of a company in Cuneo, which dealt with the distribution of flyers and advertisements for supermarkets. “The truth comes, sooner or later – comments Renzi – I’m sorry if you had to suffer all this because of me”.