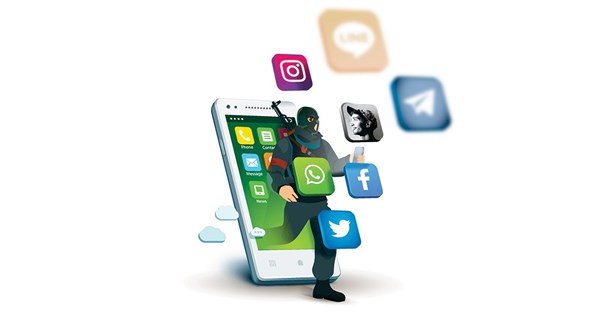 “Al-Ittihad” will initiate the activities of its Ramadan council with a symposium on “The Dangers of the Ideological Employment of Digital Platforms and Electronic Applications”, in which an elite group of specialists and researchers participate. It will launch tomorrow in partnership with the “Trends Research and Consulting Center”, and it addresses, through four main axes, the danger posed by these platforms and applications. In spreading extremist ideologies, after it has transformed from its primary role as a means of social and human interaction between people, in the virtual world, to a tool for spreading extremist ideas and ideologies, exploited by political Islam groups and the forces of the “extreme right.”
Dr. Abdullah Al-Ghadhami, Professor of Criticism and Theory at the College of Arts, King Saud University, and author of the book “Twitter Culture”, will present an intervention on how these platforms have become “a bazaar for those who want fame and promoters of defamation campaigns.”
The symposium’s interventions deal with the exploitation of platforms and applications and the types of “new media” in ideological employment. Muhammad Al-Mulla, the media advisor to the Kuwaiti Press Syndicate, presents models for the Brotherhood’s exploitation of applications such as “Euroftwa” in spreading its ideas, as well as employing new media to serve the group’s agenda. Muhammad Khalfan Al-Sawafi, Director of the Parliamentary Media Department at the Federal National Council, will present an intervention on “ISIS … from spreading extremist ideology to the cyber caliphate.”
Economist Dr. Mohamed Al-Asoumi discusses the risks of data trading and manipulating consumer trends. The symposium seeks to devise an effective strategy to protect the masses from the negative employment of digital platforms, and within this framework, Dr. Omar Habtoor Al-Da’i, a member of the Emirates Council for Sharia Fatwa, presents an intervention on the role of educational institutions in immunizing the public from the dangers of spreading extremist ideology. And Dr. Ashraf Al-Essawi, media advisor at the “Trends Research and Consulting Center” discusses the role of educational and media institutions in immunizing society from the dangers of digital platforms and bad electronic applications.

The "extent" of hope for the poor around the world

Frank Talking: I want to make a complaint about people who complain!