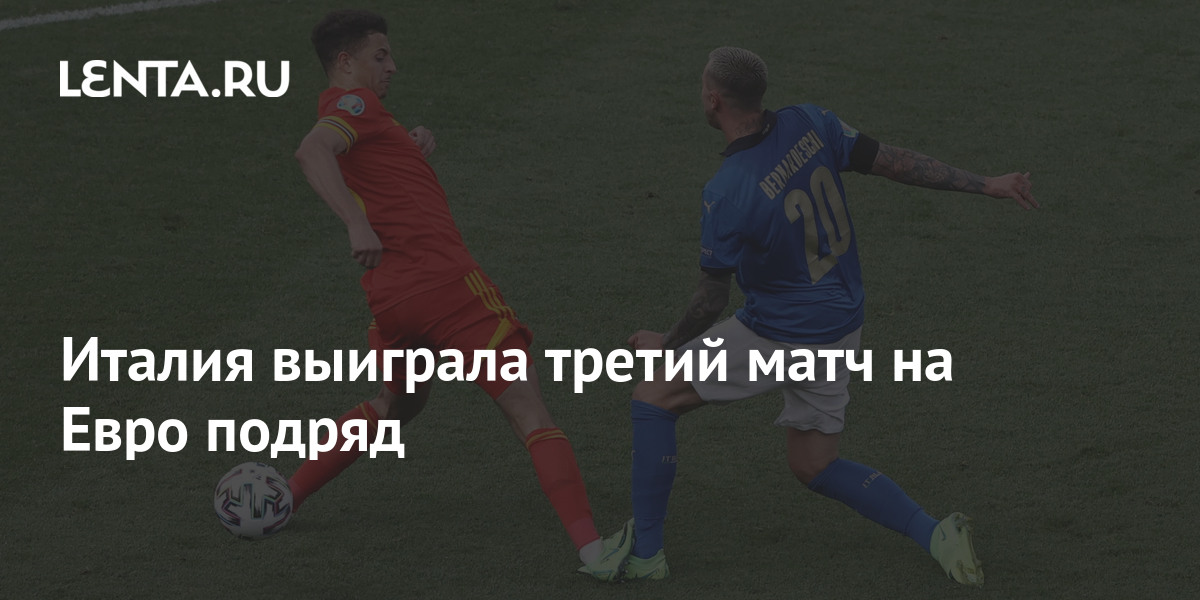 Italy beat Wales in the final match of the European Championship group stage. The correspondent of “Lenta.ru” informs about it.

The meeting took place on Sunday, June 20, and ended with a score of 1: 0 in favor of the Italians. As part of the winners, the goal was scored by Matteo Pessina. Wales played in the minority from the 55th minute. Ethan Ampadu received a direct red card.

Italy won the third consecutive Euro match, scored nine points and advanced to the playoffs in first place. Wales has four points, the team also entered the 1/8 finals, finishing second in the quartet. The European Championship will end on July 11.