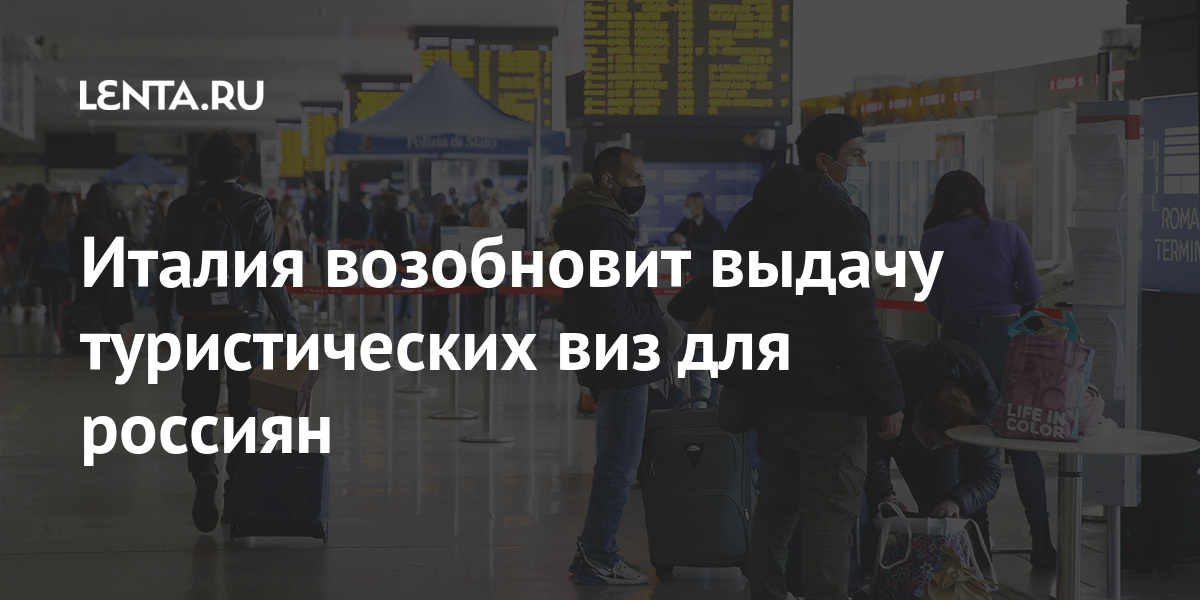 The Italian authorities will soon begin to renew tourist visas for Russians, which expired during the pandemic. This was announced by the Italian Ambassador to Moscow Pasquale Terracciano, reports Interfax…

So, according to the representative of the diplomatic mission, now the Italian embassy can begin to draw up travel documents for tourists, regardless of when the border crossing is allowed.

On April 20, Terracciano announced that Italy plans to open to Russian tourists in the summer of 2021. The speaker specified that such a possibility is being considered, but the exact date of the resumption of tourist traffic is still unknown.

Earlier in April, Russian travelers listed the countries they missed the most because of their closed borders. Italy turned out to be the most desirable destination – every fifth respondent is waiting for its discovery.