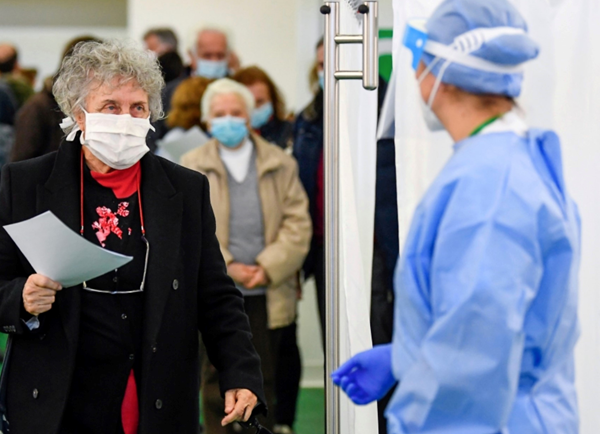 Press reports said that the Italian government is in talks with American pharmaceutical companies Moderna, Swiss Novartis and Italian Rei Thera about the production of vaccines against the emerging corona virus in Italy.
The British Financial Times newspaper quoted sources describing it as informed as saying that the talks with Novartis and Re-Thera included the possibility of manufacturing the vaccine developed by the German company CureVac in Italy.
And Bloomberg News reported that the talks between the Italian government and both Novartis and Rey Thera are still in an initial stage.
Bloomberg added that Novartis, Rai Thera, Moderna and CureVac declined to comment on the news.
Data from Johns Hopkins University and Bloomberg News indicated that 14.9 million doses of Corona vaccines had been given in Italy as of Sunday.
The average rate of vaccination in Italy is estimated at 306,683, per day. At this rate, it is expected that Italy will take 8 months to vaccinate 75% of its population with the two-dose vaccine.

Gold rises due to the fall of the dollar

‘Mama Maria’: Isabelle Huppert goes down to the Moor

A submarine with 53 personnel on board disappears off Bali