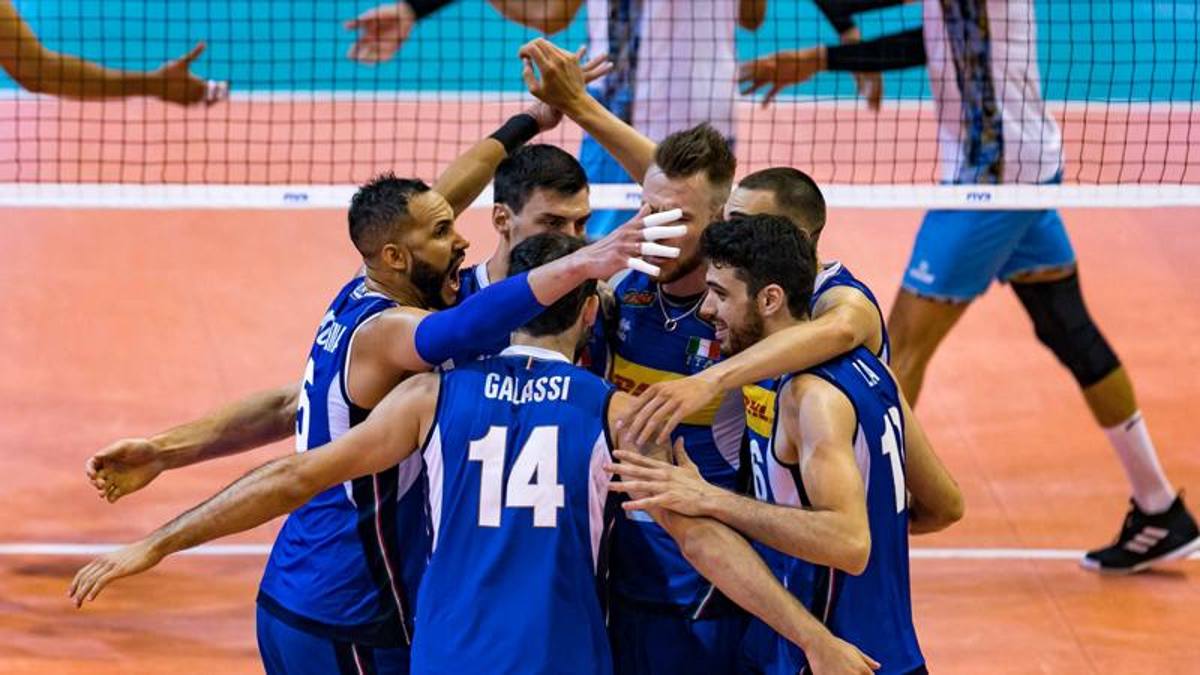 Blengini’s team, in the first pre-Olympic friendly, overtook the South Americans. Sunday at 6 pm replication. Departure on the 16th

The sky is blue above Cisterna, and it could not be otherwise as for the first time in history the Italian national team makes a stop in Pontine land. A historic moment for the city, with the management of the Top Volley Cisterna doing the honors and at the forefront of the organization of the event which finally saw the return of the public to the stands. Blengini’s Italy wins the first of two friendly tests that will act as an antechamber to the imminent departure for Tokyo where the Olympic Games will kick off on 23 July. The Italian coach initially relies on the diagonal Giannelli-Zaytsev, central Anzani-Galassi, Juantorena-Lavia the hammers, Colaci free. Mendez responds with De Cecco in the direction, opposite Lima, Loser-Solè the central players, Palacios and Conte to hurt in the offensive phase, Danani free. Argentina starts better and goes to 9-4 thanks to Palacios’ broadside. A few mistakes too many in the early stages of the match for the blue team that does not seem to have taken the field with the right malice. Lavia tries to shake his team by finalizing a good choral action in the best possible way (12-7). Loser’s dunk keeps Mendez’s men on +5. Reaction Italy: Anzani’s wall and Giannelli’s ace bring back the blue team (20-19). Zaytsev’s wall (one of the most acclaimed by the public) restores distances (23-23). Interminable final: Italy prevails over the advantages with the decisive mistake of Lima (35-33). Second set: the start is a copy and paste compared to the first partial, with Argentina decidedly more volitive and ahead 11-7 with the ace of Loser. Juantorena walled and Argentines ahead +6. Italy is less reactive, it does not have the strength to repeat the comeback of the first set: Poglajen signs the 20-12. The maneuver of Zaytsev and his companions is not very fluid and Mendez’s sextet takes advantage of it to equalize the set count after the error in the service of the substitute Michieletto. South Americans with 63% in attack, Italy 52%. The third set begins with great balance: Giannelli triggers Zaytsev who stamps the 6-6. Juantorena for yet another equal (11-11). The way in which you fight on the court shows that there is very little friendly between the two teams. The Tsar with a lash brings his forward 17-15. Michieletto of malice keeps the advantage unchanged, but the biancocelesti respond promptly with Conte’s winning service that restores the distance (20-20). We go to the advantages that reward the Azzurri again: Juantorena decisive (27-25). For both teams 3 winning walls. Fourth set: Blengini’s men start better ahead 9-5 thanks to Michieletto’s block, definitely one of the best on the parquet. Giannelli from 9 meters is impeccable, Italy at +5. The opponent sextet, who seemed doomed, is the protagonist of an unexpected comeback that brings the set to the advantages for the third time. The Azzurri still come out with the decisive point from Giannelli.