Italy and France announced their readiness to resume vaccination of AstraZeneca 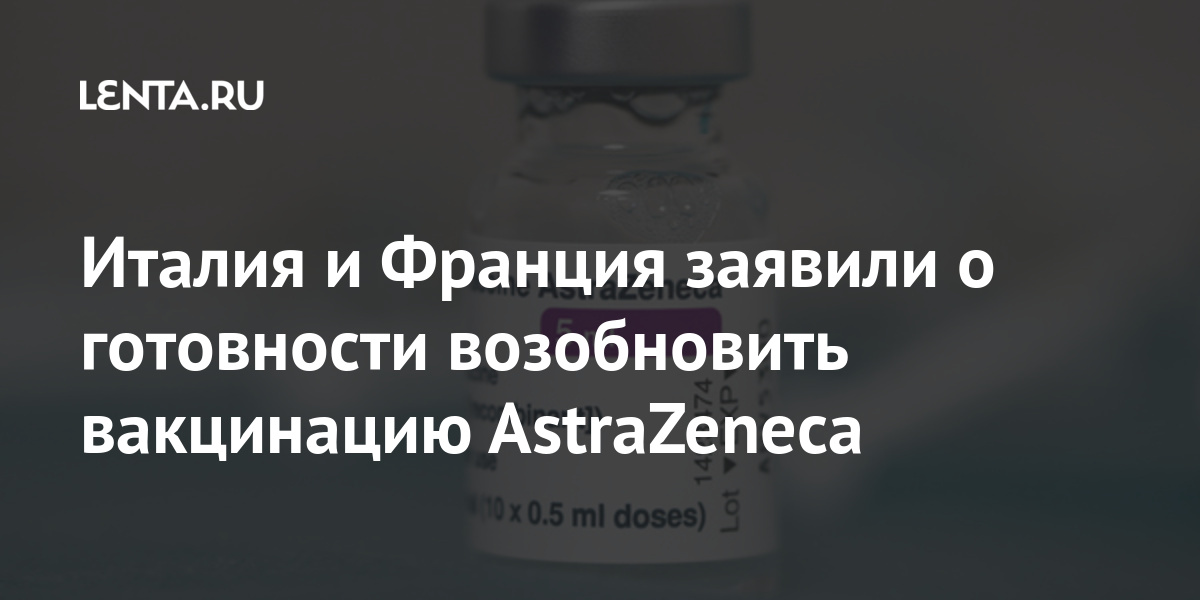 The authorities of Italy and France announced their readiness to resume the use of the vaccine against coronavirus infection in the vaccination campaigns of their countries, which was created by the British-Swedish company AstraZeneca. This is reported on the site the Italian government.

Italian Prime Minister Mario Draghi had a telephone conversation with French President Emmanuel Macron. They discussed the suspension of use of the AstraZeneca drug in some European countries. “This is a temporary precautionary measure that will last until Thursday, March 18, pending the completion of the analysis of the European Medicines Agency (EMA),” – said in a statement.

In the event that the EMA issues a positive verdict on the drug, Italy and France are ready to “immediately return to its use.”

20 European countries have decided to ban the use of the AstraZeneca vaccine. The authorities in Austria, Bulgaria, Germany, Denmark, Ireland, Iceland, Spain, Italy, Cyprus, Latvia, Lithuania, Luxembourg, the Netherlands, Norway, Portugal, Romania, Slovenia, France and Estonia have partially or completely stopped vaccination. The reason was the occurrence of thrombosis in the vaccinated.

At the same time, the company announced the safety of the vaccine. AstraZeneca explained that a detailed study of the health status of more than 17 million people vaccinated in the EU and the UK with the coronavirus drug showed no data on an increased risk of pulmonary embolism, deep vein thrombosis or thrombocytopenia.

Around the world: the situation of Syrian refugees in Lebanon, Turkey and France

The creators of Tomb Raider work on a new Triple-A