Italians are increasing with the license of firearms, but not safety, on the contrary … 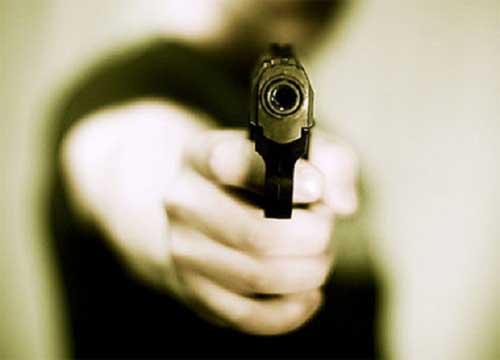 The number of Italians with a firearm license is increasing, despite the decrease in crimes, but this does not increase security. On the contrary, the risk of being shot at increases

Following recent news stories, the political debate is centering on the issue of weapons. The theme is of great social importance, but in Italy it has never touched the peaks of interest it holds, for example, in the United States, where weapons are so widespread that they cause the same number of deaths as accidents – around 40,000 per year – and even more than the numerous wars which saw the US army engaged, from Iraq to Afghanistan. For some time, American public opinion has been pushing for a change in the rules that make it very easy to buy guns and rifles even in fueled stores, but more than the invitations of journalists and celebrities (Madonna has recently been one of the most active on the subject of Gun control) counts the sacredness of Second amendment, which establishes the constitutional right to possess weapons for one’s own safety. The relationship between rights and duties, as well as between real and perceived security, is not always as linear as one might believe. Indeed, as we will see, the increased circulation of weapons does not diminish fear, but on the contrary makes it grow, together with the real risk of being a victim of it.
Let’s see in detail what is the situation in Italy.

IN ITALY CRIMES ARE DOWN (BUT NOT ALL)
In 2020 the total number of crimes reported in Italy stopped at 1,866,857, with a decrease of 18.9% compared to the previous year. If we look at the previous decade, the drop was even 28.8%. How much have the various lockdowns due to Covid-19 affected this? In part: on the one hand, the reduced possibility of moving has discouraged non-habitual criminals, but on the other hand, the forced enclosure has increased the episodes of violence against women within families. The trend reflects that of previous years: homicides were already down in 2019 and more generally have been since the 1990s, while the number of reports of crimes related to sexual and gender-based violence is growing in the same period. This last figure can also be read positively, given the greater social awareness that helps women to ask for help against the violence suffered. In 2019 there were 315 homicides (compared to 345 in 2018), of which 204 with male and 111 female victims. 19.7% (of which 17.6% males and 23.4% females) are foreign victims. In the family or emotional sphere, the victims increase: they were 150 in 2019 (47.5% of the total) and 93 of them were women (83.8% of the total of femicides).

THE PERCEPTION OF INSECURITY IS AT THE MAXIMUM LEVEL
Despite the decrease in crimes, paradoxically the fear of suffering them grows. In the Censis report of 2019 on the subject we read: “Fears multiply and the fear of being a victim of a crime remains high. Over 19 million Italians (31.9% of all families) perceive the risk of crime in the area where they live. The highest peaks are in the Center of the country, where the families who fear of being subjected to a crime in their area are 35.9% of the total, and in the North-West, where 33% of families feel in danger. Furthermore, the danger grows as the size of the municipality of residence increases and is more strongly felt in the central areas of the large urban realities, where more than half of the residents perceive the risk of suffering a crime. Crime continues to be considered a serious problem, reported by 21.5% of Italians, in fourth place after the lack of work, indicated by 52.4% of the population, tax evasion (29.2%) and excessive tax levy (24%) “.

THE PEOPLE WITH THE HARBOR ARE INCREASED
The latest available data dates back to 2017, with 1,398,920 licenses for firearms, an increase of 13.8% compared to the previous year and 20.5% compared to 2014. 94% of these licenses are from two types: for hunting use (738.602) and for sports use (584,978), both growing. “It is difficult not to relate this increase in the desire to shoot also with the spread of fear and with the apparent tranquility that can derive from knowing how to handle a firearm”, writes Censis in his report. Being in the Olympic period, it is interesting to note how the increase in Italians who frequent the shooting ranges is also related to the successes of the Azzurri in their respective disciplines.

THE GUN FOR PERSONAL DEFENSE
If 94% of firearms licenses are given by the sum of those who use them for hunting and sport, there are 18,452 citizens who instead have one or more weapons for self-defense: they represent 1.3% of the total and as absolute numbers they are decreasing. To these private citizens who go around armed, must be added 56,062 security guards who have the right to carry arms for professional reasons and the nearly 500,000 operators of the Police Corps and the Armed Forces. In total, therefore, about 1.9 million Italians own at least one firearm, but it should be specified that those who have the license can keep up to 3 firearms, 6 weapons for sporting use, an unlimited number of rifles and carbines, 8 ancient or artistic weapons, as well as ammunition and gunpowder at home. Therefore, making a precise estimate of the weapons in circulation in Italy is really very difficult: according to a study carried out in 2018 by the Small Arms Survey they would be 8.6 million (plus those of the police), while for the Department of Communication and Research social network of Sapienza are about 4 million. However, in Italy there are at most minus two weapons for every ten people, while in France and Germany there are about three and in the United States there are even more weapons than people! “Considering that each Italian family is made up of an average of 2.3 individuals, the count is quickly done: there are almost 4.5 million Italians, including over 700,000 minors, who have a weapon at hand and who, for fun, by mistake, rancor or madness could be induced to shoot and kill ”, writes Censis.

WEAPONS INCREASE RISK
If it seems likely that the perception of insecurity is a contributing cause in the increase in the spread of weapons, it certainly cannot be said that having more armed citizens is a good solution to the problem. Indeed, it could lead to worsening.
Beyond the various political orientations, which could influence a calm reasoning on the subject, an undoubtedly third body such as Censis clearly states it: “Numerous news events that have occurred recently show that having a gun at home is a tremendous temptation to use it and that many killers are licensed. For this reason it is essential that the availability of a weapon is subject to adequate training, as well as to the evaluation, repeated over time, of the owner’s psychophysical conditions. The fact that there is a dangerous propensity of Italians to defend themselves with weapons is shown by the fact that 39% of the population would be in favor of changing the law on the carrying of weapons, making the criteria for having a firearm less rigid for personal defense. The figure is up sharply compared to the 26% recorded in 2015. The risks that a proliferation of weapons leads to an increase in deaths are real: just think of what happens in America, where firearms are sold freely and it has become established a molecular, physiological, widespread use of firearms “.

THE GUN ON THE BEDSIDE TABLE: THE US CASE
The comparison with the United States is particularly interesting, because the spread of firearms and the consequent political debate is a central issue on the American public agenda. Also thanks to legislation that makes purchasing much easier than in Europe, 42% of US families (about 53 million) possess a weapon legally, for a total of over 137 million people who can become protagonists of bloody events, whether with an active or passive role (Gallup and Pew Research Center data, 2016). Further proof of how real this risk is is the number of voluntary killings with firearms, which in 2016 were 14,415, or 4.5 per 100,000 inhabitants. In Italy, in the same year, there were 150 murders of this type, or 0.2 per 100,000 inhabitants. What if our laws were as lax as America’s? Imagining an escalation of the same level, Censis writes that “in Italy, families with weapons at home could rise to 10.9 million and citizens overall exposed to the risk of killing or being the victim of a murder would be 25 million. With the change of rules and a relaxation of the prescriptions, we should get used to having higher and similar rates of voluntary homicide with firearms to those that occur overseas. The casualties from firearms could rise up to 2,700 every year, against the current 150, for a total of 2,500 more deaths ”.

WHAT DOES ITALIAN LAW SAY ABOUT WEAPONS?
The rules in force in Italy are certainly more restrictive than the American ones, but also compared to what happens in other European countries. To purchase a firearm, you must be of legal age and obtain the “authorization to purchase”, which is issued upon request by the Questura, Carabinieri or Police. The grant is subject to the presentation of a certificate from a medical examiner stating who the buyer is in full possession of his mental faculties and he does not even use drugs occasionally or alcohol continuously. You also need the certificate of suitability for gun handling obtained after attending a recognized course in a national shooting polygon. Those who have completed military service are exempt from this latter requirement. The authorization is valid only for one month and only allows you to take the weapon home and keep it there, after notifying the cohabitants. In order to circulate with the firearm you need a firearms license, which is obtained with the same documents and motivating the request: for example, those who ask for a firearm license for self-defense must document their condition of risk. On the other hand, those who do it to go hunting must also take the examination to qualify for hunting.
There is a fundamental difference between the gun license for personal defense and that for hunting and sports: in the first case it is allowed to carry the loaded weapon with you, while for the other two you can carry the weapon but without ammunition. .