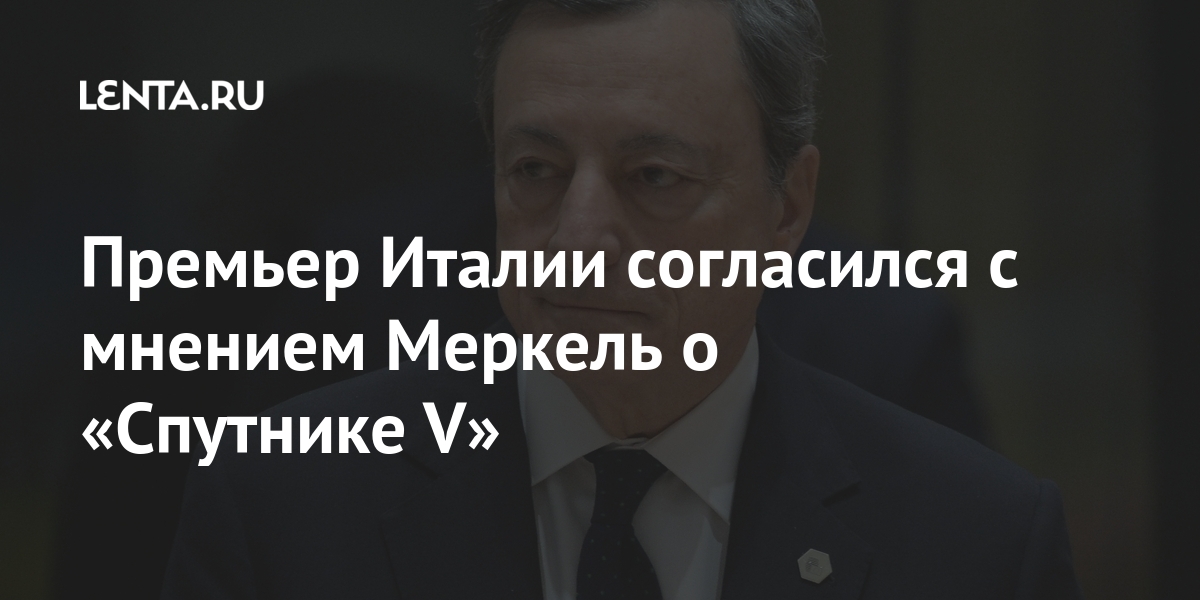 Italian Prime Minister Mario Draghi agreed with the opinion of German Chancellor Angela Merkel on the possibility of independently purchasing the Russian vaccine against the Sputnik V coronavirus if the European Union does not reach a common decision on this issue. It is reported by TASS…

Draghi called Merkel’s statement that Germany would independently approve Sputnik V and purchase the drug if the European Medicines Agency (EMA) did not do so, and said Rome would allow a similar measure to be taken as “normal pragmatism”. “We need to rely on European unity, but if it is not achieved, we need to do it differently,” he summed up during his press conference as Prime Minister of Italy.

Earlier on March 19, German Chancellor Angela Merkel allowed Germany to independently purchase the Russian Sputnik V coronavirus vaccine if the European Union does not reach a common solution. According to Merkel, Europe should use any vaccine approved by the European Medicines Agency (EMA). “If it does not come to such European purchases, and there are signs that this will happen, then we will have to follow the German path alone,” she added.

Prior to this, the representative of the European Commission (EC) Dana Spinant announced the beginning of the third wave of coronavirus in Europe. She noted that the rate of spread of the disease differs from country to country. However, she urged to speed up the vaccination process. At the same time, German Health Minister Jens Spahn warned of a lack of vaccines in Europe to prevent a third wave. According to him, even if the supply of vaccines to the EU stabilizes, it will take at least several weeks to vaccinate all risk groups.

Vania Bludau after the death of her uncle: “The procession is carried inside”