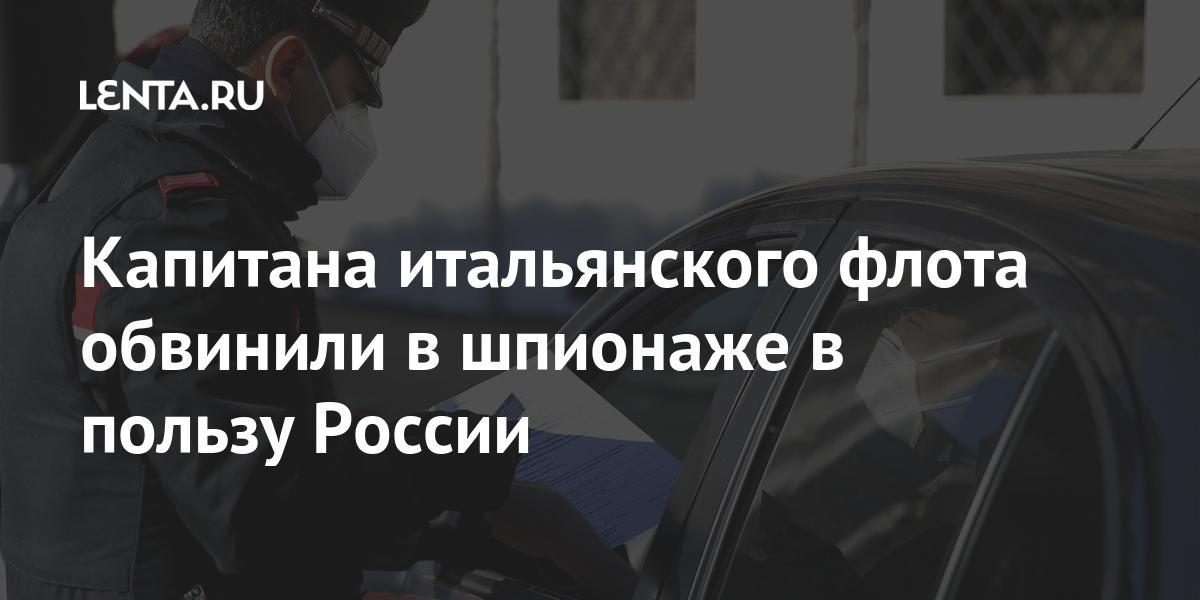 An Italian naval officer and a Russian military man working at the Russian embassy in Rome were detained in the Italian capital on espionage charges. This is reported by the newspaper La Repubblica.

The arrest was made at a time when the captain of the Italian fleet handed over documents, which allegedly contained confidential data, to an employee of the Russian embassy, ​​in exchange for money. The names of the suspects were not released. The investigation suggests that the Italian officer could have gone on espionage in favor of Russia due to financial difficulties in the family.

On March 19, the Bulgarian prosecutor’s office reported that six employees of the Bulgarian Defense Ministry and military intelligence were detained on suspicion of spying for Russia. On March 22, the court ruled to place all the accused in custody.

The Bulgarian media revealed the names of three persons involved in the case: the former head of military intelligence Ivan Iliev, the head of the secret service in parliament Lubomir Medarov and the deputy head of the budget and expenditures of the army of the Ministry of Defense of Bulgaria, Colonel Petr Petrov. It is reported that during the searches in the house and office of Petrov, confidential NATO documents were found.

Evgeny Grigoriev won the election of the mayor of Yakutsk