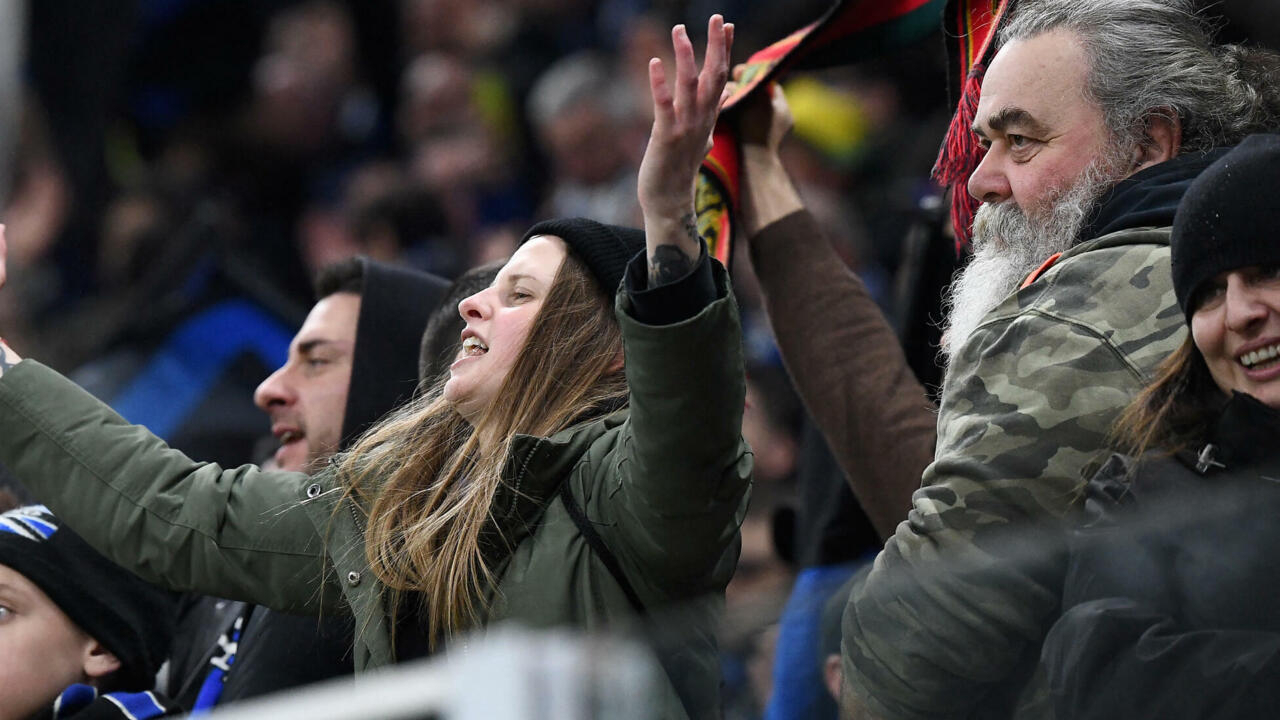 The ‘calcium’ has been in the sights since the Atalanta vs. Valencia last year, considered an accelerator for the spread of Covid-19 at the beginning of the pandemic. Euro 2020 has reignited the debate on fan crowds.

The feared happened. After the victory by penalties of Italy over England, for the conquest of Euro 2020, all this week the latest controversy has been brewing in Italy about how professional football can be an accelerator for the spread of the coronavirus, even more so if they are avoided anti-contagion measures.

This has been the backdrop in Italy since the infamous Champions League match between Atalanta and Valencia, which was played on February 19, 2020, and which has been indicated as one of the first accelerators of the spread of Sars- Cov-2 in the European country.

This time, the criticism came directly from the Italian Police. The first was Matteo Piantedosi, prefect of Rome who, in an interview published on Wednesday by the newspaper ‘Il Corriere della Sera’, complained about the decision of the ‘Azzurri’ to parade on Monday, July 12 with an open bus in the downtown, something that caused large crowds.

Seeing the images of the celebrations in the streets of the capital of Rome, in which dozens of people participated without respecting social distancing and most of them without masks, Piantedosi did not hide his anger and affirmed that the Italian team “had no the permission ”neither of the Police nor of the Ministry of the Interior to circulate in this way through the streets of Rome.

“I know that Chiellini and Bonucci represented their wish with determination to the forces of order, and at that point, they only tried to manage the situation in the best possible way.” Both players and the Italian Football Federation (FIGC) later defended themselves, but not before starring in endless debates – on television, on the radio and also in the street – between virologists, football fans and politicians.

It was not the only discussion about the party in question. In Genoa, in northern Italy, regional president Giovanni Toti and Mayor Marco Bucci came under fire for allowing open-air screens to watch the final, which, when the match ended, culminated in chaotic party in the streets that heated up the discussions in the following days. “Now really enough!” Toti finally exploded, rejecting the criticism and arguing that currently the data on infections in Italy are low.

The controversy had already started on the Sunday of the final. That day, after the first images arrived of the English and Italian fans celebrating before the game, Maria van Kerhove, technical manager of the World Health Organization (WHO), censored what she saw.

Am I supposed to be enjoying watching transmission happening in front of my eyes?


“Am I supposed to be enjoying the contagions happening in front of my eyes? The pandemic will not take a break tonight. The Delta variant will take advantage of unvaccinated people, without a mask, who are screaming and singing in the crowds. Devastating, ”van Kerhove wrote on Twitter.

“Atalanta-Valencia has not taught us much”, was the sarcastic comment from another user on the network.

It all started with the Champions League match between Atalanta and Valencia, which at the dawn of the pandemic in Europe, the mayor of Bergamo himself –one of the first severely affected cities-, Giorgio Gori, and a medical officer, came to qualify as a “biological bomb” by the meeting of 2,500 Valencia fans with about 400,000 of the Italian team in Milan, on the occasion of the first leg of the Champions League round of 16.

Since then, soccer has been in the spotlight.

In February, Gori himself raised the issue again, after nearly 1,000 tifosi skipped the authorities’ recommendations and gathered around the Gewiss stadium to cheer on their team before a Champions League match between Atalanta and Real Madrid.

“Seeing the images that come from the Gewiss Stadium, I couldn’t help but think about Atalanta-Valencia a year ago, with all that it involved. At that time we were unaware of the risk we were running but now it is impossible to ignore it ”, stated Gori, when fines were predicted for offenders.

We can’t afford this

Other cases were, in June 2020, Napoli’s conquest of the Italian Cup at the Olympic Stadium in Rome, after defeating Juventus, which ended in uncontrolled celebrations in Naples that also provoked criticism.

“At this moment we cannot afford this,” said Ranieri Guerra, deputy director of the WHO, calling the fans “unfortunate.” And so also in Naples, after last November Diego Armando Maradona was known of the death, which caused agglomerations in various parts of the city.

Of course, the situation in Italy today is very different from last year. To begin with, because the country has taken measures in recent months to limit infections derived from football-related events. For example, until June, the public was banned from stadiums.

In addition, at present, the number of doses delivered exceeds 59 million and there are more than 25 million people with the complete immunization schedule, 47 percent of the population. Hence, until June and for several continuous weeks, in Italy the number of infections has decreased steadily.

Increase in cases due to the Delta variant

However, this trend has been interrupted in recent days.

This is reflected by the RT, the index that calculates the average number of people that each infected person can infect, which in the last week went from 0.66 to 0.91, as well as the cumulative incidence, which has grown from 11 to 19 cases per 100,000 inhabitants. With this, the authorities have warned in particular of the circulation of the Delta variant, which has increased significantly, they explained.

In Rome, the ASL, the public company that manages health in the city, has exemplified the situation by recounting the case of an outbreak of 16 people, all young, who on July 2 attended the Italy-Belgium quarterfinals together , which in two weeks has become a mega-outbreak of 73 people between the ages of 14 and 60 who have become ill from Sars-Cov-2.

“It is the beginning of infections by the European championship”, has been the most immediate comment, in this country that already accumulates 128,000 deaths and 4.2 million infected, according to official data.